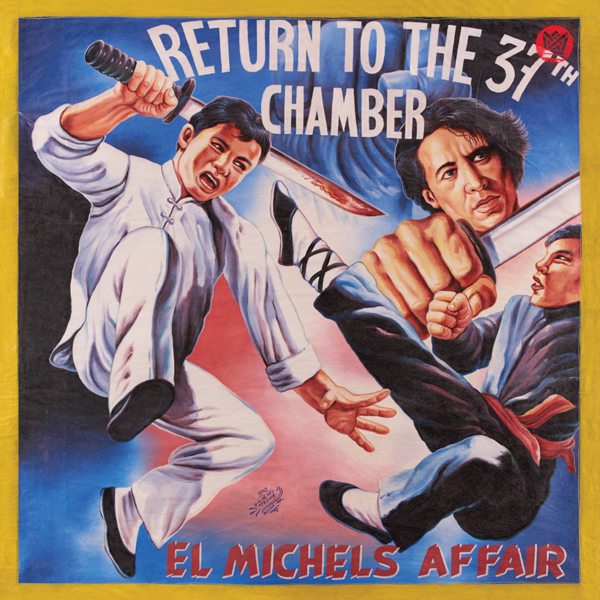 I swear hearing these El Michels Affair Tributes to the Wu Tang Clan have me not necessarily reminiscing about the early days of the Wu but hoping for a returning of the clan members to the Wu Mountains to rekindle that same feeling from the first time that I saw them perform in 1992 NYC at The Muse club when they had nothing more than a 12” single out and then later Enter The 36th Chambers, Liquid Swords, Only Built 4 Cuban Linx and of course, Iron Man. A similar excitement is happening in the present with anticipation setting in waiting for the next installment in the El Michels Affair tribute to the Wu which recently we got a taste of the first 7” single and just in time for Wu Wednesday, Big Crown Records has dropped a video for “Iron Man”, originally titled Iron’s Theme from Ghostface Killah’s Supreme Clientele.

Heading up the new “Return to the 37th Chamber” LP is Leon Michels who says his approach to the new LP is his way of paying tribute to RZA’s production style and notes that Enter The 36 Chambers is without a doubt, one of his favorite records of all time. In keeping within the feel of classic RZA techniques, the new album was recorded straight analog with some of the tracks taking multiple passes and reaching a fifth generation before the mastering process began. To keep the promo rolling for the April 14th release, the label has released the Omar Juarez directed animated video that slices, dices and comes through razor sharp.