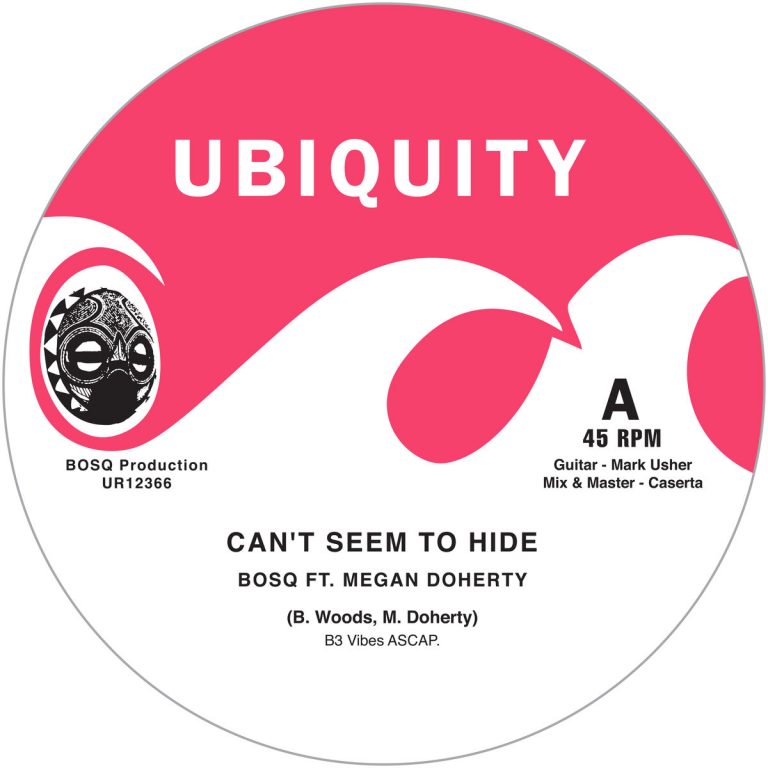 Hands down one of my favorite producers turning out the funkiest dance floor tunes in the disco spectrum is definitely Boston’s own, Bosq.  His previous outing, Celestial Strut is always in rotation during my sets and as a DJ as well as a producer, he knows exactly what works on the floor when he’s in the lab turning out productions. His latest 12″ EP “Can’t Seem To Hide” ft. Megan Doherty b/w “Take Me There” ft. Nicole Willis will surely become a heavy spin in 2017 at night clubs and festivals across the globe.

“Bosq’s new single sees him diving deeper into funky disco, creating songs that are more musical but maintain the rawness that translates to a feeling on the dancefloor.

The A-side features a collaboration between Bosq and vocalist Megan Doherty from Social Lovers which has already garnered a “tune of the month” feature and a 10/10 rating from Mixmag. Mark Usher’s funk-laden rhythm guitar attack punctuates the song while Megan’s silky smooth vocal delivery glide on top of the Bosq-crafted groove with an understated cool and sexiness that permeate the entire track.

The featured vocalist on the flip of this double A-side disco burner is none other than soul-highness herself Nicole Willis, who was featured on Bosq’s previous single “Bad For Me”. Her powerful vocal style reminiscent of disco divas past along with Mark channeling his inner “Nile Rodgers” delivers yet another future dancefloor classic.”

Disco is alive and in an edit / rework era of classics being touched, it’s great to have new music coming out with the same feel of many of our favorites in the genre.  The limited edition EP is available for pre order via his Bandcamp page.