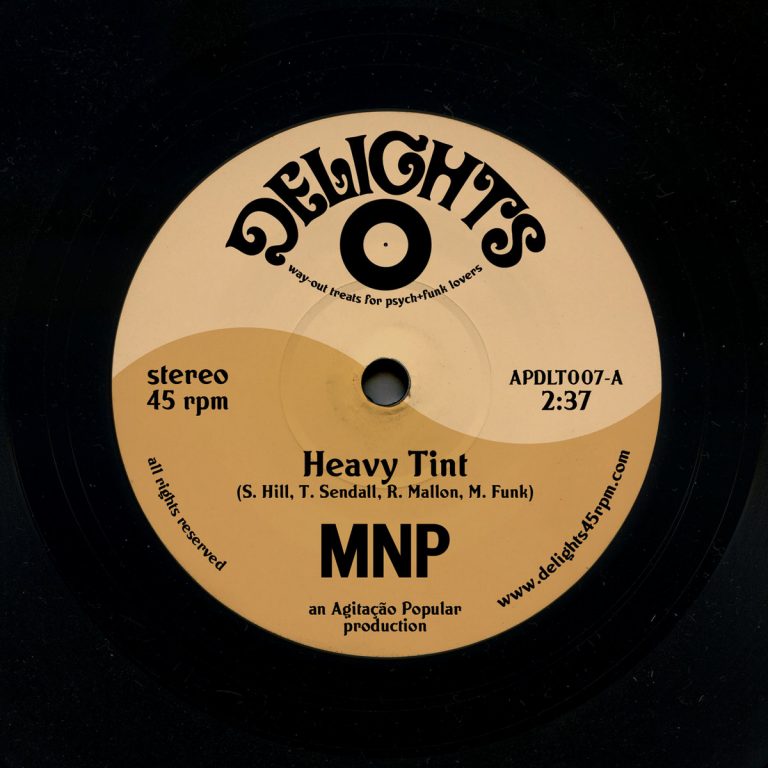 Back in the mix of things and with a new release ready to hit bins is the latest 7″ from Markey Funk’s Delights label. The Jerusalem based 45 brand is dedicated to releasing modern psychedelic grooves inspired by film, library and exploitation music of the 1960’s and 70s. The latest release and debut single from MNP was created by the minds of Brighton’s own Simon Hill (a.k.a. Beta Hector) and his long-time band-mates Toby Sendall (Baby Charles, Derriere) and Robin Mallon (Derriere) and together they create  smoked-out grooves and dark cinematic psychedelia. The trio explores the sonic path laid by European film and library composers of the 1960’s and creates its own kind of deep and moody library psych funk sound.

What’s great about artists and releases of this nature is that they are tapping into a style and sound that has become so popular over the years which places them high on the list of future diggers to be on the hunt for.  Digging isn’t just about finding old records but about finding good records that fit your criteria and tastes.