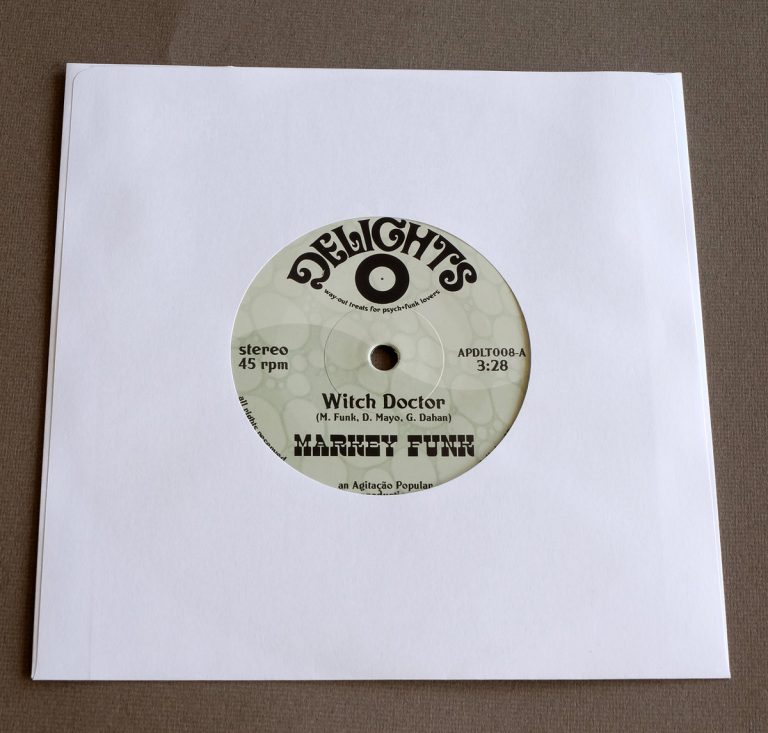 Producer and funky connoisseur Markey Funk steps out of his Jerusalem lab after being tucked away while finishing up his latest project and is ready to deliver it to the masses.  Following in the footsteps of previous releases and psychsploitation path that started on his debut 45 as Les Hippies. This time, instead of head-swirling sitar beat, Markey has cooked two sides of drum-heavy, organ- and synth-driven fuzz funk. The mean and sharp Meters-meet-Goblin groove of “Witch Doctor” is extended into the mind-melting sound orgy of “The Brew” on the flip side, providing a perfect soundtrack for the wildest bad trip scenes in your favorite hippie/biker flicks.

If you’re a lover 60s and 70s exploitation films, a fan of Markey Funk or cinematicsploitation, then you’ll definitely want to add this to your crates.  Markey Funk like other producers and composers in this era have been creating amazing works that pay homage to the past and will surely be the future digs of the next generation of collectors who missed out on the golden era of Library LPs and soundtracks.

Available for pre-0rder via http://www.markeyfunk.com now.