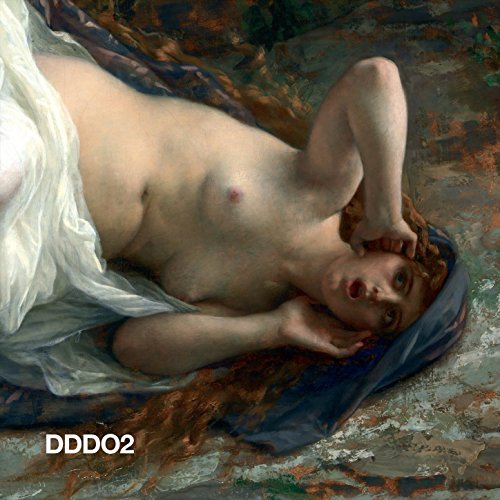 Yesterday I did a magazine interview and was asked the question from a collectors perspective, what am I still on the hunt for musically. I’m assuming the interviewer expected me to say something old and rare which of course, I’m always on the hunt for those things too but my answer was pretty straight forward.  I’m on the hunt for new music from amazing artists releasing vinyl that most aren’t in the know of and what will be the future finds for collectors and diggers 20 years down the line. There are so many artist creating works of all genres on small labels from funk, soul, cinematic explorations, library’esque and jazz that fit so well into the vein of what we’ve been digging for for the last 30 years, yet with a fresh take.

One of my favorite still under the radar yet incredibly refreshing bands creating just the type of sounds that make my ears peak is Copenhagen’s Debre Damo Dining Orchestra who have released their second LP, DDD02.  First getting hipped to them back in 2014, the collective have been on the path of a slow grind of solid output in their lane of creating Ethio-jazz with a splash of what psych meshed in.  Expanding on their first LP, they’ve stepped it up a notch and have really mastered their sound which you wouldn’t expect to come from a band in Denmark, but they’ve obviously studied and it shows in their compositions. Ethio-jazz presented in almost a cinematic fashion that tells a story which takes you across distant lands and soundscapes of beautiful surroundings is what you’ll get on the new Debre Damo Dining Orchestra LP, highly recommended in my book if you love music.

Available on vinyl via http://rillbar.dk/en/node/4376