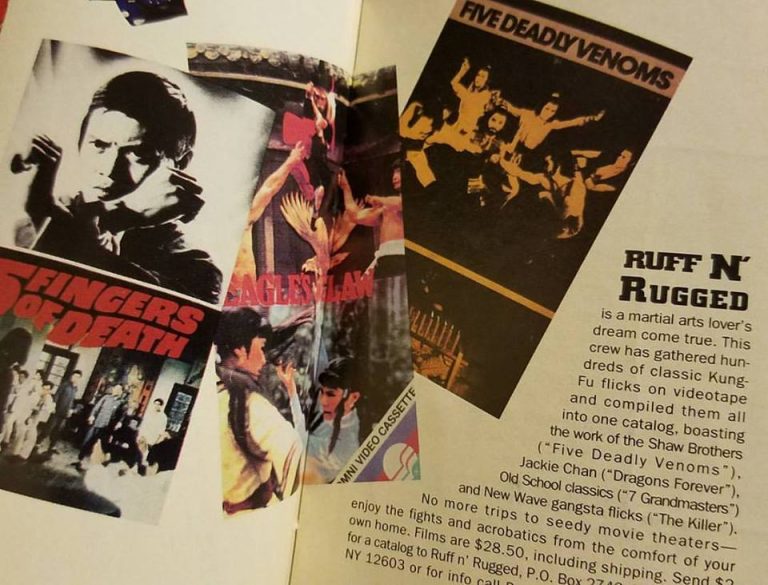 When it comes to knowing about and collecting Kung Fu flicks names like The Rza, Quentin Tarantino and others always arrive in the conversation, but if you’re in the know and were around back in the early 90’s then you will indeed add DJ / producer Paul Nice to the mix.  Paul has been an avid Kung Fu fan since the 80s and as a collector began to sell bootleg copies of his collection to hungry Martial Arts film lovers early on.  Back in 1993, The Source magazine did a feature in their “Flavors of the Month” column giving him the spotlight for his Ruff N’ Rugged company where he would send you a catalog and you would order copies of your favorite Kung Fu or New Wave gangster films on VHS.  From 5 Fingers of Death to The Killer, from Chang Cheh to John Woo, Paul Nice had it all.

You can best believe that The Rza, Tarantino and others have all bought from Paul at one time or another!