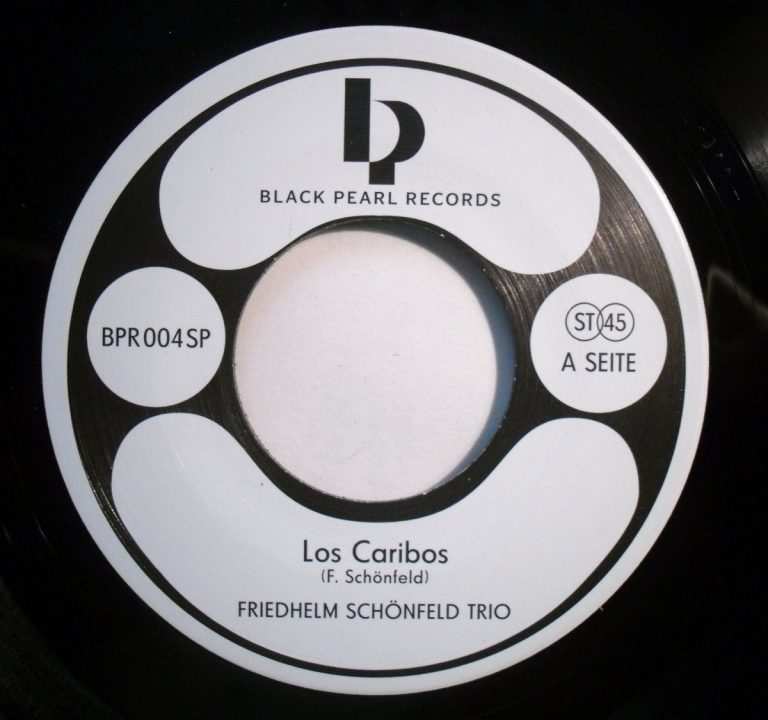 Here’s an exciting first time on 7″ Jazz double-sider from Friedhelm Schönfeld Trio, a group that I wasn’t previously in the know on but quite possibly has opened up a new avenue of research to seek out their other works. The A-side, ‘Los Caribos” features and amazing and bright tune from East Germany which was produced in 1978, after a very inspiring concert tour of the Friedhelm Schönfeld Jazz Trio in Cuba. The B-side which is equally as fitting features “Kontakte Der Drei” which comes in with a very cinematic approach with classical influences, big gaps with tension parts and strong
drum-work-jazz tune, that sounds quite futuristic for it´s time.

“Friedhelm Schönfeld is one of the most known progressive Jazz musician & composer of the former East-Germany era, who is still active untill today. Since 1960 he was one of the permanent members of the Broadcast Jazz Big Band of Berlin. He founded and played in the Saxophon Sextett in the mid 60´s and not much later in the early 70s with his own Trio, together with Klaus Koch and Günter “Baby” Sommer.

As he was on a concert tour in Cuba with this Trio in 1977, he visited a lot of music-sessions in Havana and Santiago de Cuba of many very famous afro cuban Jazz giants, like Chucho Valdes and Irakere, Grupo Monumental or Los Van Van.
He felt so inspired by these tribal afro cuban & driving rhythms in the combination with Jazz, that he simply decided to write a song in this latin style in his own interpretation, when he is back in East Germany.

In the year 1978 it was possible for him to record that unique piece of cuban jazz he wrote and that he called “Los Caribos”, played in a different trio line-up with Dieter Keitel on drums & Reinhard Walter on piano, and as a homage of an unforgetable and inspiring time, that he has spent in Cuba.
Never before the afro cuban music influence and the exotique vibe was that well presented in an east german jazz tune.”