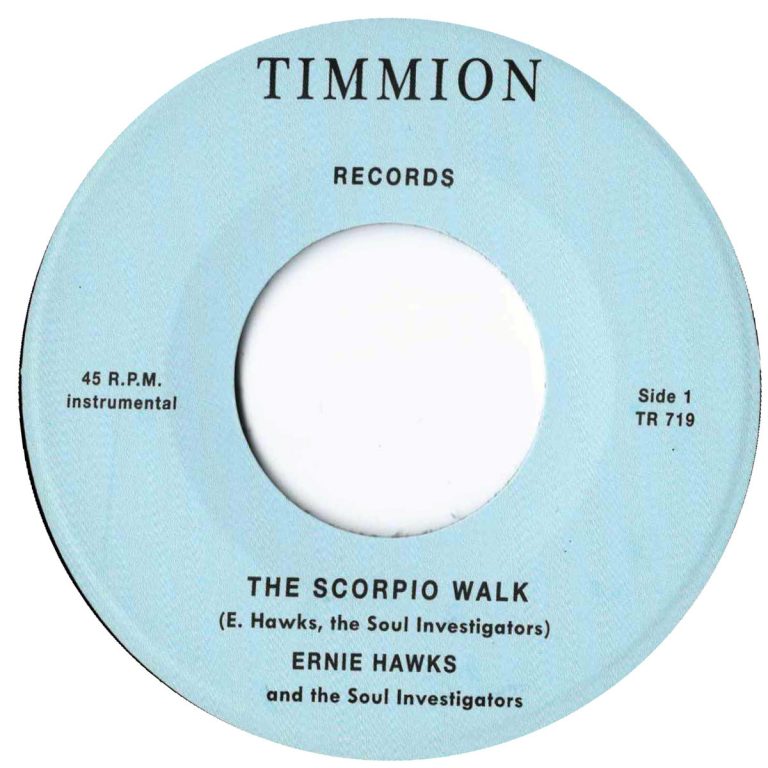 Ernie Hawks and The Soul Investigators – The Scorpio Walk

I’m always super excited when I get a notification from Timmion Records informing me that they are set to drop a new releases from the label.  They had a solid run in 2017 and already in 2018 they’re set to release the first of the year and one that caught my attention right away.  “The Soul Walk” by Ernie Hawks and The Soul Investigators is everything that I love these days and when it comes to something funky and cinematic they’ve nailed it.  Dropping slightly ahead of the debut LP “Scorpio Man”, the new 45 serves dual purpose with the A-side, The Soul Walk is an album cut pressed here on a  nice 7 while the B-side, “Message of Love” is a non-LP cut is exclusive to this release.

“As the track to start up the upcoming album, “Scorpio Walk” rushes on like a manic villain from an art house spy film. A groove made of a murmuring fuzz bass and a surf guitar is suddenly released into heavenly choruses, where the man of the hour lifts the ambiance with a series of lyrical flute solos.

“Message of Love” sounds like an homage to the gently pulsing library music funk from the mid 1970’s. Ernie’s flute lead is accompanied by bubbling Fender Rhodes, which carries the track forwards like a shy cousin of Michel Sardaby’s “Welcome New Warmth”. Seductive male vocal wailing haunts in the background, while the track proceeds without haste in its realm of lost budget X-rated movie soundtracks.” -Timmion Records