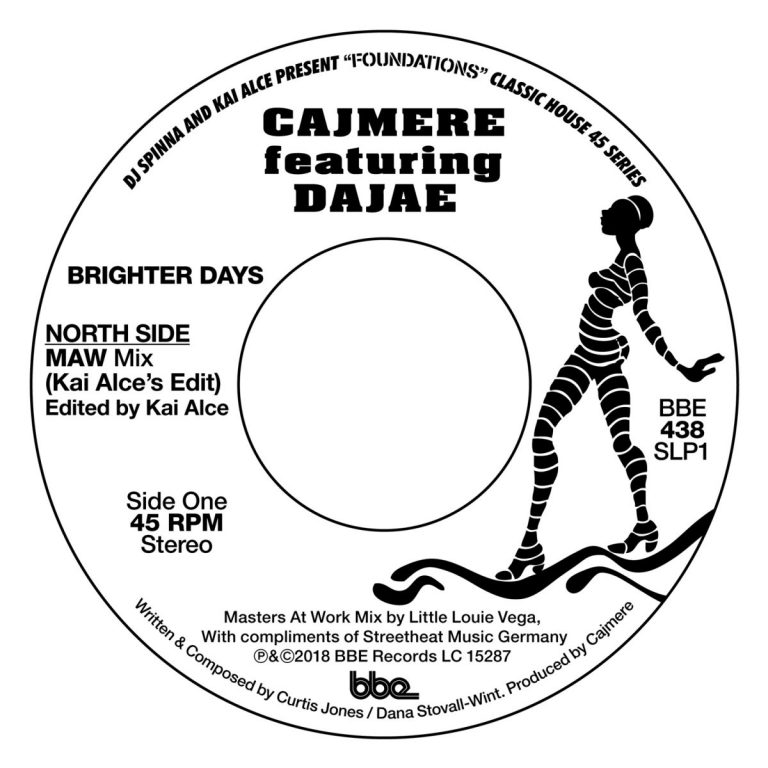 The 7″ has become a rather interesting phenomenon over the last 5-10 years with DJs, collectors and labels alike all finding their niche’ and getting involved in the trend in one way, shape or form.  Everything genre seems to have been touched with new recordings coming out often, unnecessary re-releases and bootlegs over flooding the market, rarities and highly sought afters finally available to those who have searched far and wide and previously unreleased pressings dug from deep vaults finally getting the burn it should.  One genre that seems to have been untouched until now is House, which BBE is set to change that and make it possible to carry a selection of classics on easy to carry 7″ so that we can leave the 12″ home.

BBE are excited to present the first in a new series of strictly limited 7” pressings exploring some of the most iconic House tracks of all time, as chosen by DJ Spinna and Kai Alce. With global interest in ‘45s on the rise, ‘Foundations’ aims to fill those frustrating gaps in all our collections by releasing specially crafted edits of classic house tracks on 7” vinyl for the very first time.

Part one of the ‘Foundations’ series celebrates Chicago producer Cajmere’s early masterpiece ‘Brighter Days’ featuring Dajae. Best known in recent years by his ‘Green Velvet’ moniker, Curtis Jones has been blazing a trail through House and Techno since launching his Cajual imprint back in ’91. Reaching #2 on Billboard’s dance chart in 1992, ‘Brighter Days’ was Cajmere’s breakthrough hit and continues to educate and inspire producers, DJs and dancers to this day.

With artwork lovingly adapted from the original 12”, the record’s ‘North Side’ features a deft Kai Alce edit of the monstrous 10 minute Masters At Work ‘Brighter Days’ remix. Introducing those distinctive skipping, syncopated rhythms later adopted by UK Garage pioneers, Louie’s MAW mix has lost none of its dance-floor impact over the last 25 years. Lurking on the ‘South Side’ you can find the raw, potent ‘Underground Goodies Mix’, a production credited by Rashad and other pioneers as the catalyst for Chicago’s ‘footwork’ movement.