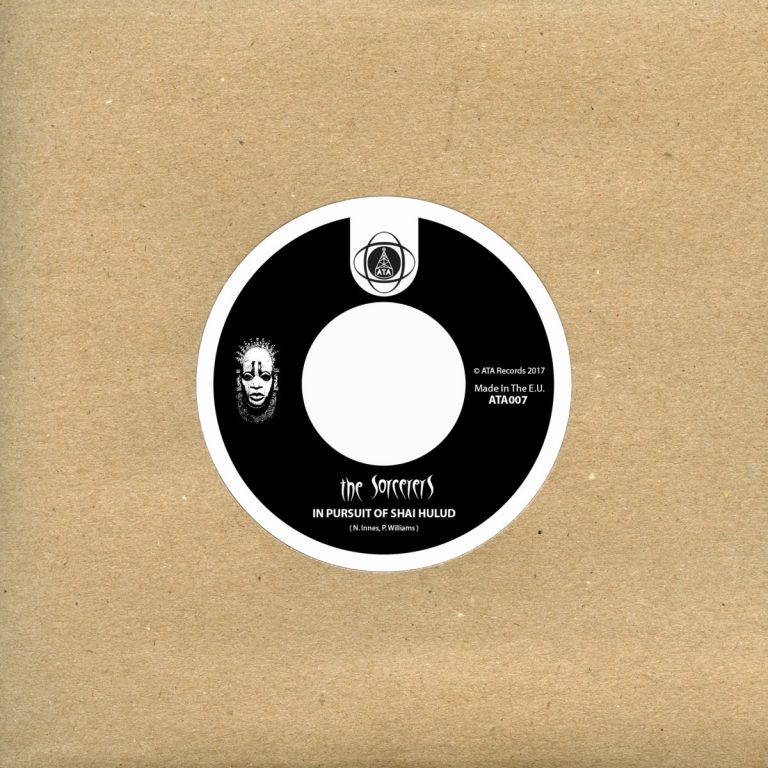 The Sorcerers – In Pursuit of Shai Hulud

Over the last few years, Ethiojazz has become one of my favorite things to listen to in a genre that I previously had nothing in my crates to represent it. So when you blend both soundtracks of the 60’s and 70’s which I love with a new found love, you’ve got something that will become a heavy spin for me. Taking influences from Ethiopiques Ethiojazz as well as the soundtracks to the European horror films of the 60s and 70s, The Sorcerers seamlessly blend these disparate elements into one cohesive package. Based in ATA Records’ home of Leeds, The Sorcerers are made up of the cream of the city’s jazz and world scene. Forming the backbone of the ATA Records house band they incorporate bass clarinets, flutes, and vibraphone alongside bass, guitar organ and drums, providing Ellingtonian textures on top of a solid rhythmic foundation.

Initially inspired by the work of Ethiopian composer Mulatu Astatke, The Sorcerers have developed their sound from the foundations laid out on their debut LP “The Sorcerers”. “In pursuit of Shai Hulud” eschews the atmospheric textures of their previous material, replacing them with driving percussion and propulsive bass. Organ and flute tear into the melody as temple blocks beat out an insistent rhythm throughout. The B-Side (“The Anderson Spectrum”) is the original track from The Yorkshire Film & Television Orchestra that The Sorcerers re-recorded and re-named “The Viking Of 5th Avenue” when they recorded it for their debut. Tremolo-fuzz guitar and heavy brass place the track firmly in the sonic realm of 1960s British Library Music, bringing to mind the work of John Barry and Portishead rather than Mulatu Astatke.