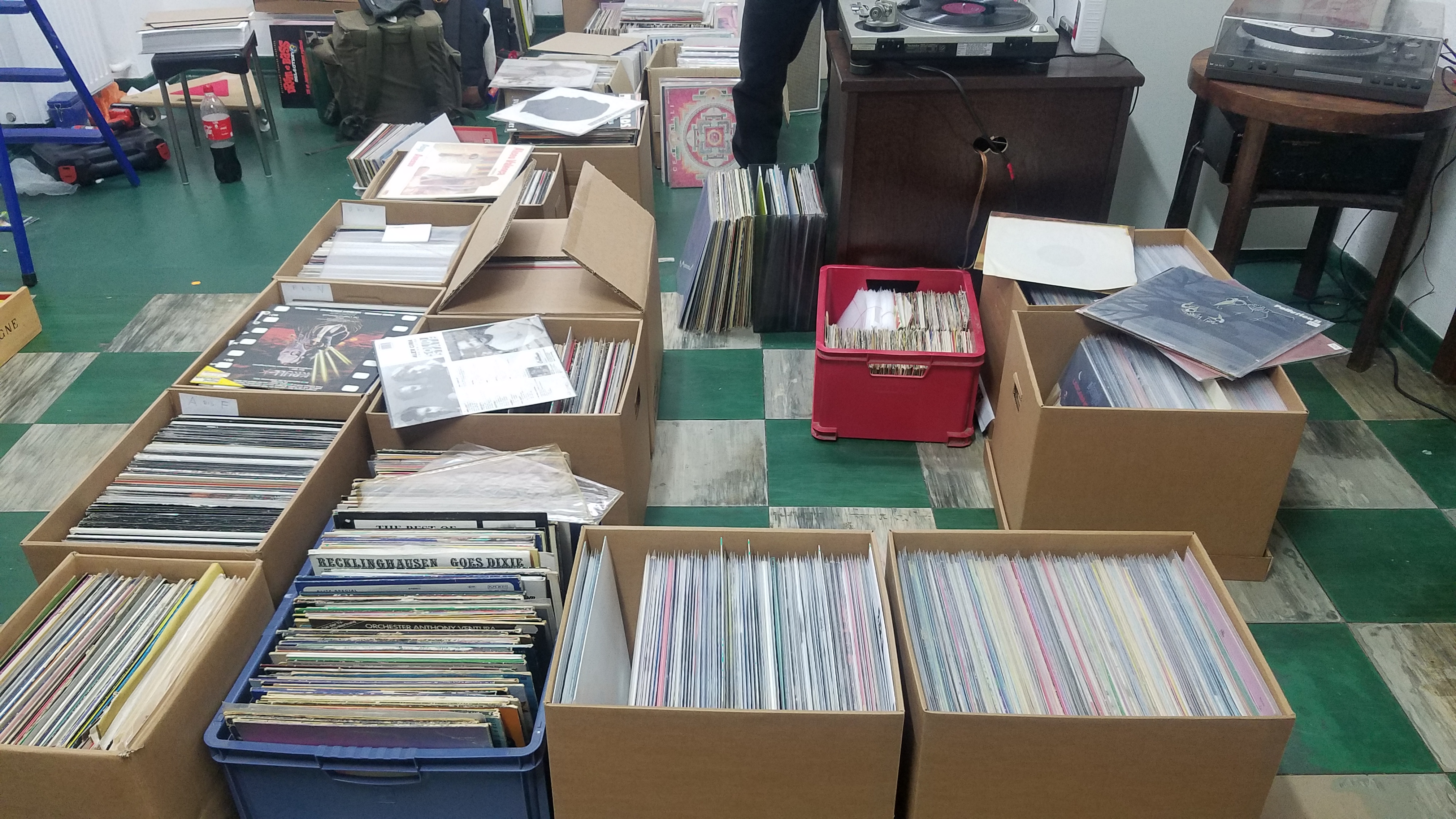 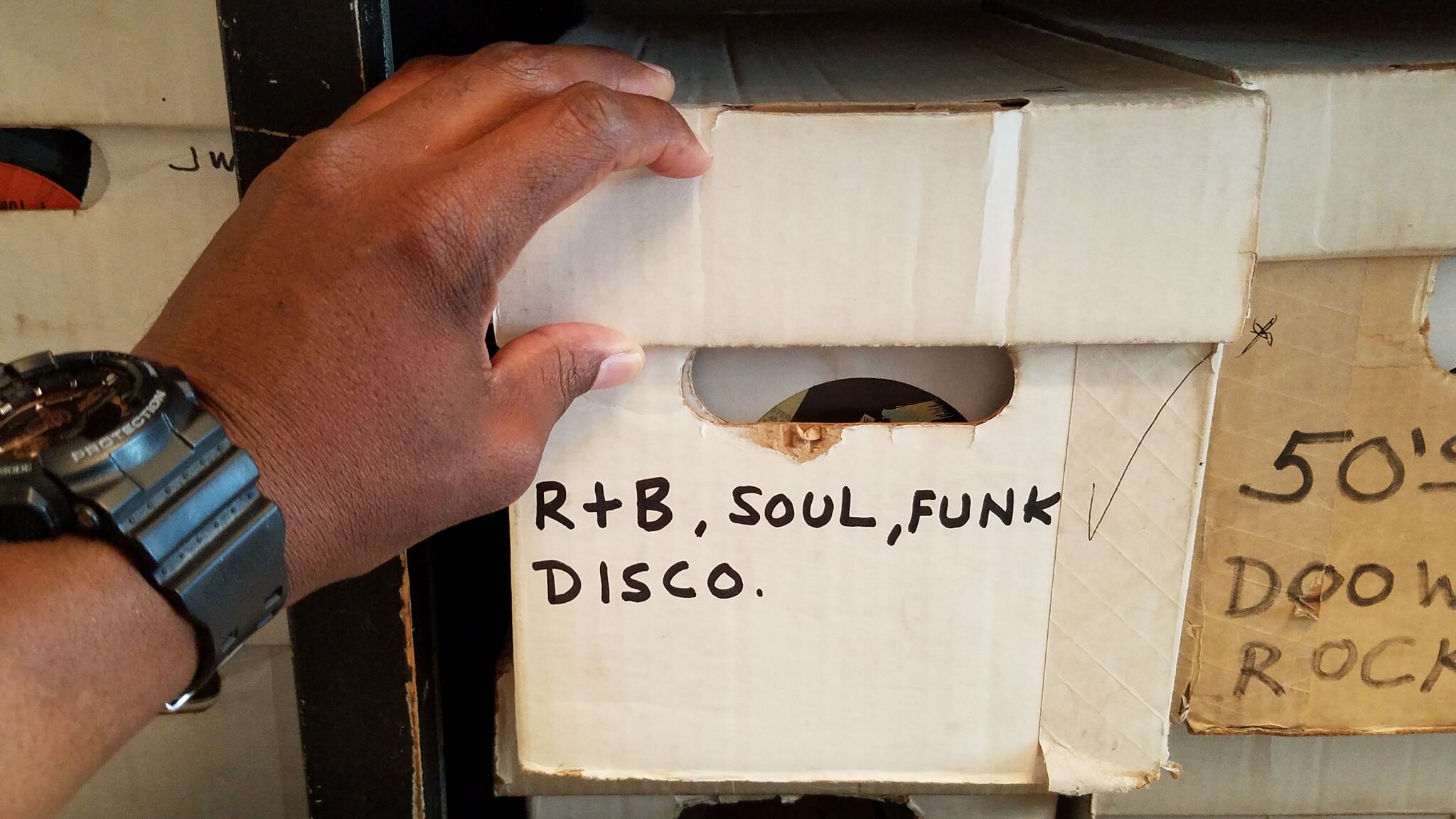 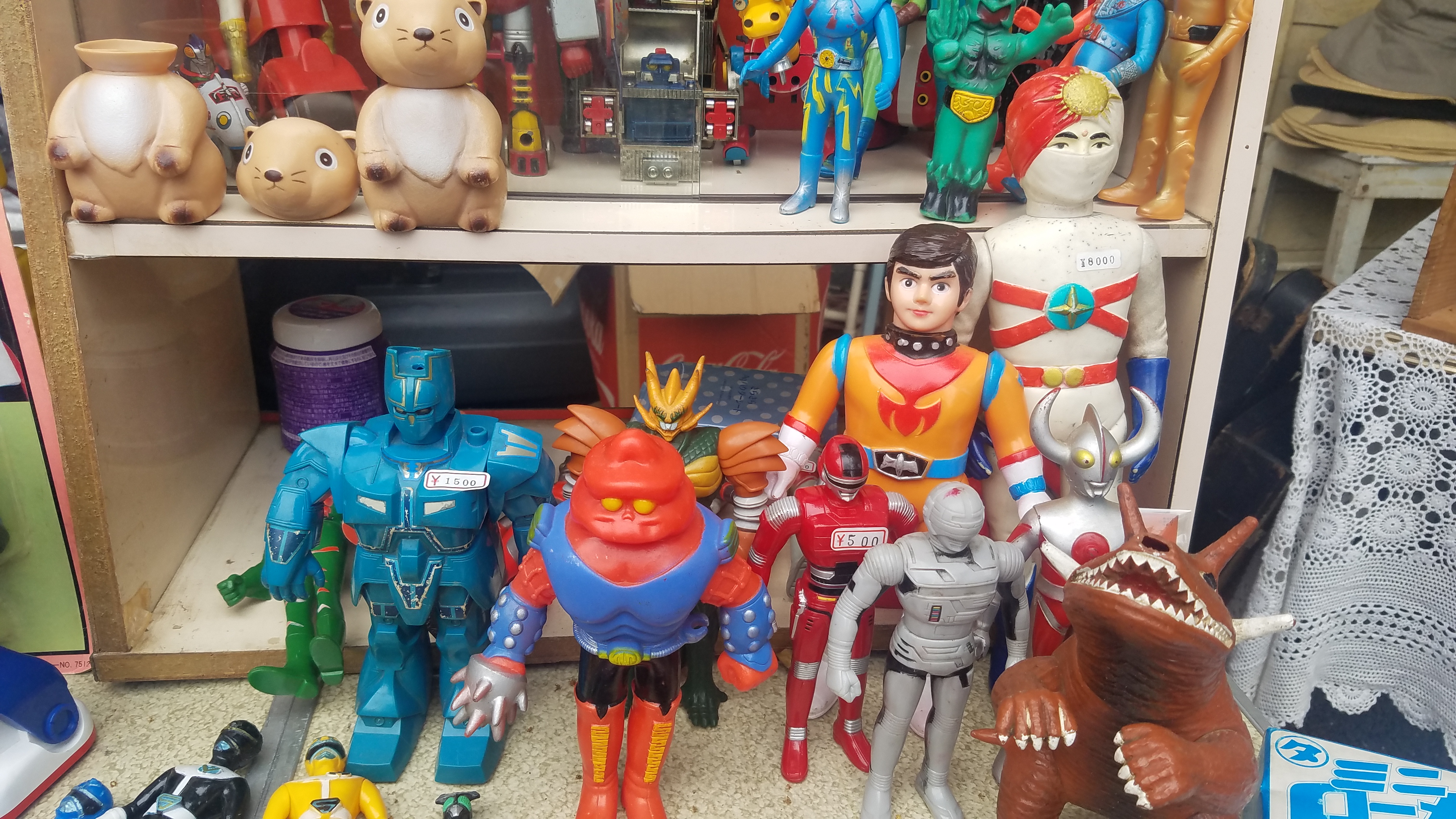 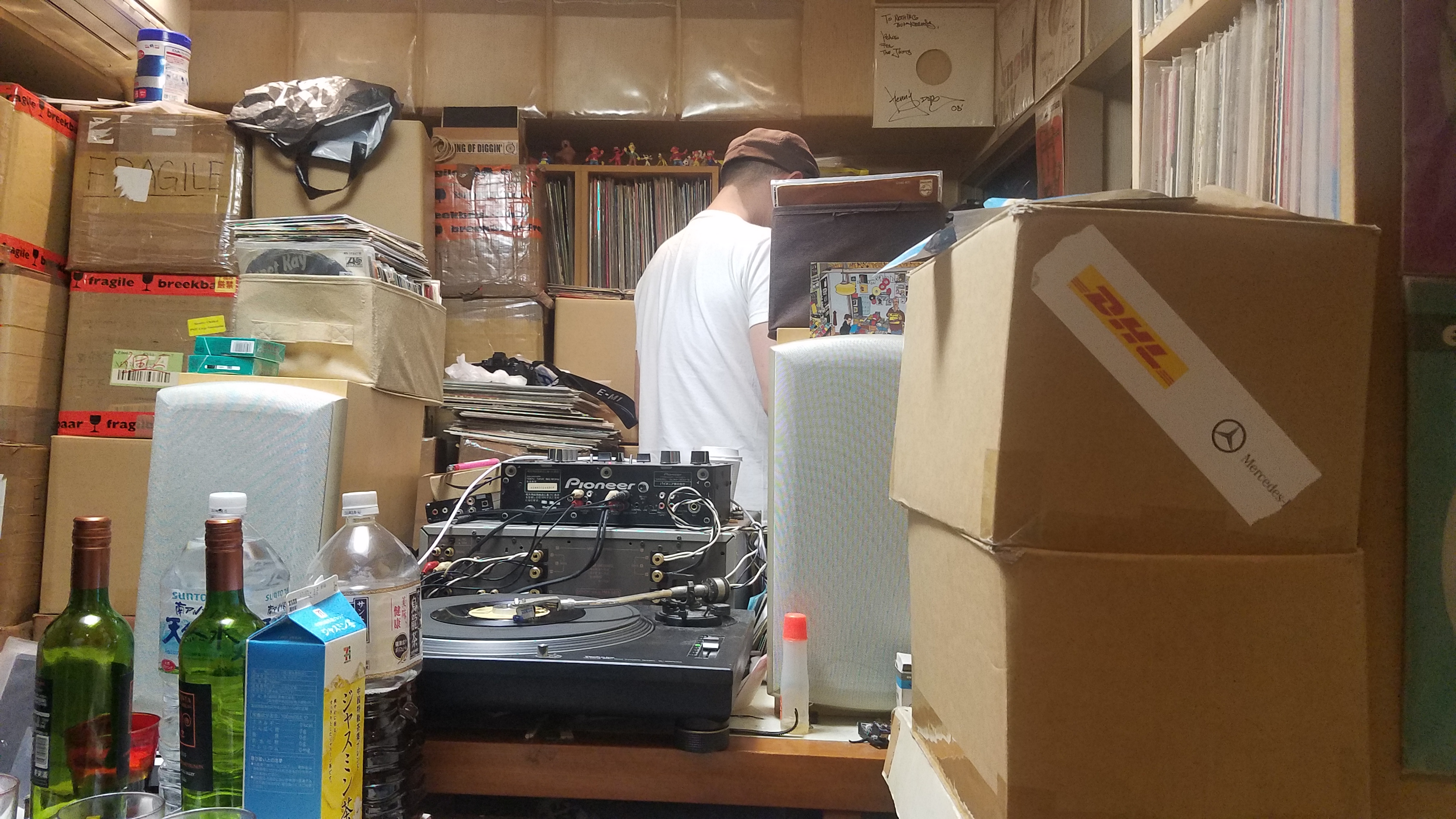 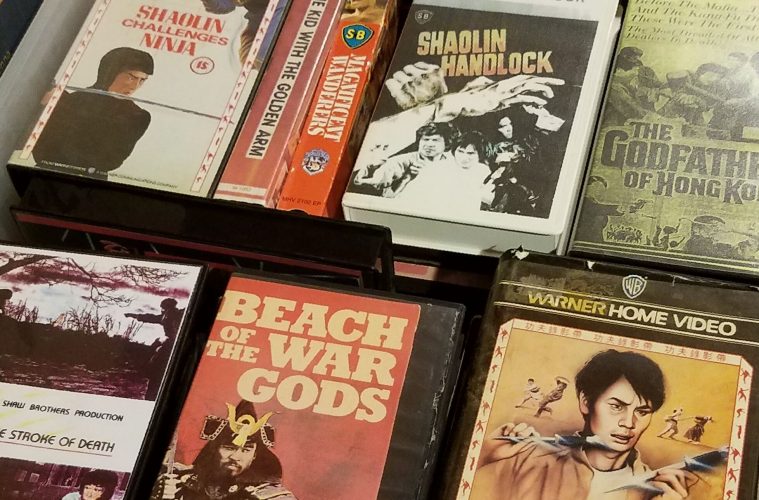 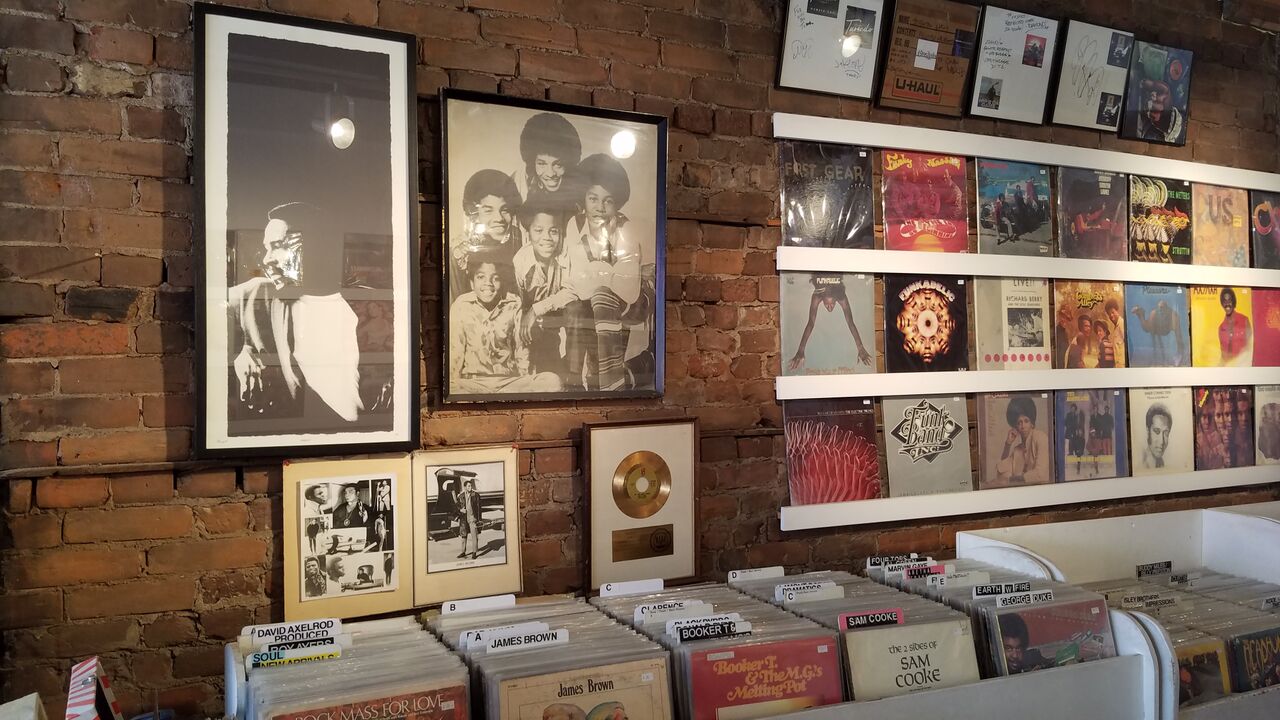 A few weeks back, I wanted to interview Skeme Richards on his new cassette tape release “Shifting Gears II”, the concept behind it and how it all came about.  After doing so, it made me want to dig deeper into the Nostalgia King’s brain to find out more on his obsession with collecting and preserving things from the past and what makes him who he is so I had the opportunity to sit down with him once again while enjoying a burger at one of his favorite local spots.

What does the term digging mean to you?

It actually means something different today than it did for me, say back in the 80’s.  Back then when I was looking for records, comics, VHS tapes or other collectible stuff, we simply called it hitting the shops.  We weren’t trying to make a term for what was did on a regular basis.  Similar to older people who go “thrifting” for antiques and collectibles, thats what it is to them.  The term digging in the sense of records is a 90’s term which although it categorizes what I do, I never really say “hey I’m going out digging” especially if you’re going to a boutique record shop that already did the work for you and cleaned the records, priced them and put them up on the wall, thats called going shopping.  If you found a stash somewhere in a warehouse, basement, flea market etc, then it’s appropriate to so digging because you don’t know what you’ll find.

What are you on the hunt for when you’re out digging or hitting the shops?

A variety of things actually especially because I collect a lot different things. Record wise I’m always looking for local pressed records especially Jazz and Funk but anything thats dope really. Often times some of the older shops that have been there for years will have more than just records there so it could be anything from music and film memorabilia to oddball toys or anything else. But that also goes for when I’m hitting comic shops or mom & pop sneaker spots around the world, I just try to go off the usual path of the norm.

You’ve been around the world, what are some of your favorite places dig?

I feel like most places have something to offer and things to be found but some of my favorite would be Japan, Korea, Los Angeles, Seattle, Portland, New York, Toronto, Netherlands and spots in the midwest.  Each of those places seem to have an eclectic mix of goods that I’m into collecting.

What separates your collection from other collectors?

What a person collections should be a personal choice of pieces that speak to you or you have a connection to and there should never be two collections alike. I’m in a circle of collectors of different genres, from VHS collectors to record collectors, comic collectors to vintage toy and art collectors because those are my general hobbies of what I’m into. And although we are inspired be each others collection, I don’t seek out pieces because someone else has them.  A friend named Hector Martinez is top 5 Bruce Lee memorabilia collectors who has a crazy collection. And although we have similar pieces, he has some super rare gems that I would love to own but I’m not making it a mission to seek out because that’s his lane and what he’s into.  Cut Chemist is another super collector who has a lot of things especially is vintage OG NY Hip Hop flyers.  Although I have flyers in my collection, he’s on a mission to have a serious archive in his which is what he’s focused on. I’m happy owning 15-20 pieces but if a large stash fell on my lap then of course I’d take it but that’s not my focus. I’ve been collecting VHS tapes and on-air recorded tapes since the 80’s, but Marsellus Wallace is tape king and his collection is one of the tops in the world.  Now when it comes to collecting vintage Kung Fu movie memorabilia, I’d honestly say my collection is top 5 (maybe 7) in the world because my connection and love of Kung Fu flicks growing up is that strong that I focused a lot time on that. Sad thing today is, there is a lot of #Instadiggin going on where people just buy what others have just to say they have it or they buy someone else’s holy grail just because it’s a holy grail.  You see it with sneaker collectors, you see it even with people that buy KAWS. A lot of KAWS collectors have the exact same toys but there will be that one collector who not only has the toys but has his original art which makes his collection more unique because not everyone can obtain that artwork.

What does holy grail mean to you and do you have one?

The term holy grail remains the same and is usually something that you’re seriously looking for that often times is but doesn’t necessarily have to me. It could because something to complete an entire run in that collection, it could get an oddball piece that not everyone knows about but it has connection to something else or it can be the missing piece to a puzzle that you’ve been after for years.  But holy grails seem to be never ending especially once you’ve found something then you move on to be on the hunt for something else. The only way the quest for the holy grail ends is if you find what you’re looking for and then you stop collecting and just enjoy what you have.