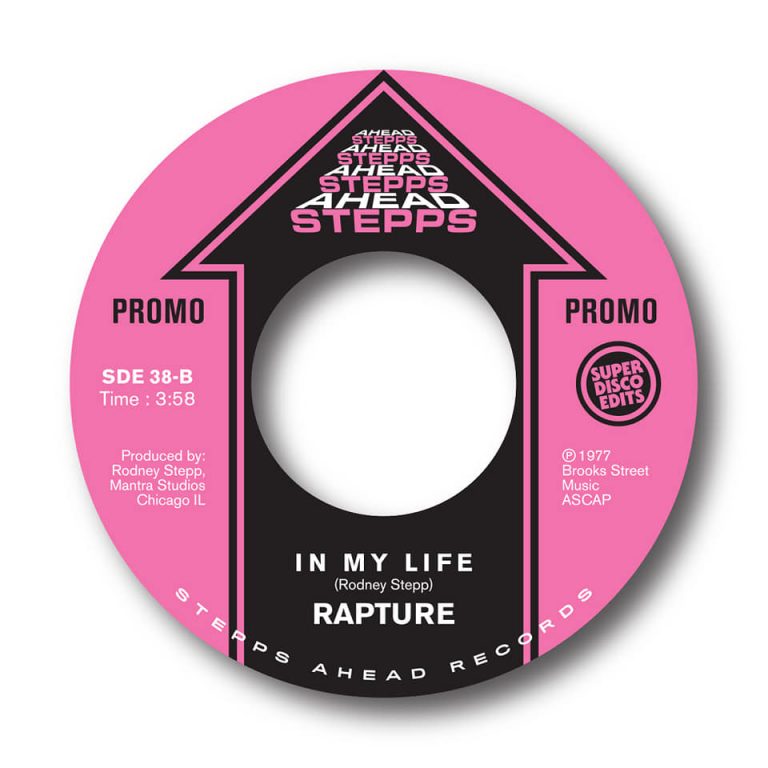 Rapture – In My Life

DJ Sigher and the Super Disco Edits label continue unearthing previously unissued tunes straight from the reels that have been locked in the vaults for far too long but deserve a proper release to fuel dance floors and ear drums world wide. Their latest release “In My Life” from Rapture is a beautiful gem thats sure to start the night off or wind it down depending on setting.

“After ending his tenure with The Spinners, Rodney Stepp returned to Indianapolis to lead a new band with a spirited sound: Rapture. Rapture’s roots stem back to Indianapolis in the 1970s when the music scene was teeming with a number of soul musical acts – But none was more widely acclaimed than Rapture. Original group members Harry Eaton, Drums – Lonnie Williams, Guitar, Rodney Vorhis, Bass, Tony Hayes, Percussion, Greg Russell, Guitar, Herman Walker Jr., Trumpet, Pheldon Jay Majors, Trombone, Rodney Stepp, Keys each brought a rich resume of musical experience and passion to Rapture. These musicians all started their careers as teenagers, playing in popular local bands including the Diplomats, the Sonic Sounds, the Implements, and the Soul Perfections. And most went on to play behind top artists like The Spinners, Leroy Hutson and Betty Wright.

In 1978, Rapture auditioned for a production deal on the newly revived American Recording Company. Leaving behind families and jobs to pursue their dreams, the band members embarked for California; however, within six months, the band’s projects were shelved and the group members returned to Indianapolis, performing for another two years before disbanding.

Fast forward to 2018 and Super Disco Edits blesses us once more with something that we didn’t know we needed.