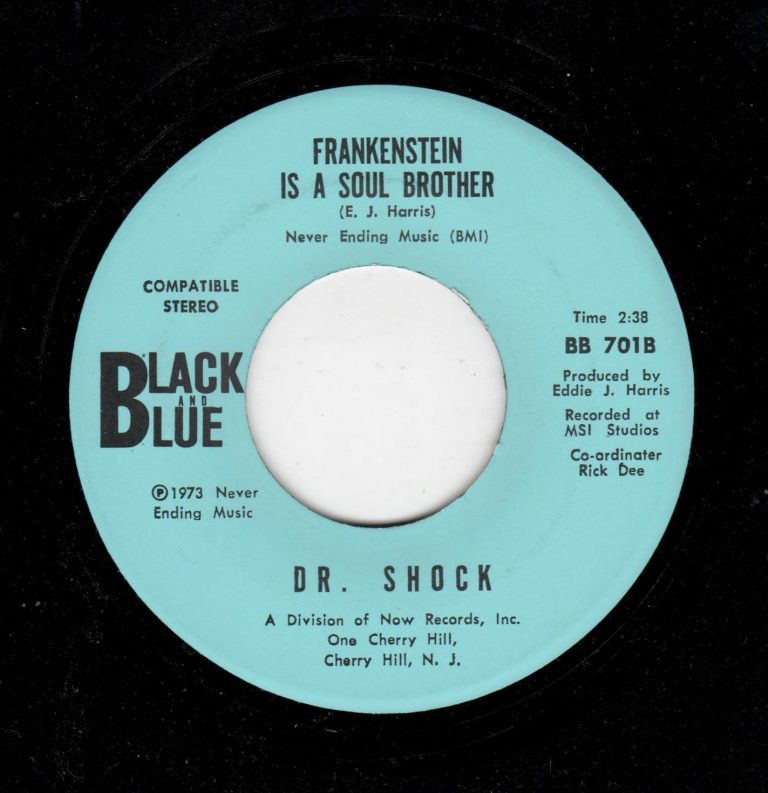 Halloween is right around the corner and everyone seems to be getting into the spirit so what better time to pull out a rarely seen / heard gem and a local Philly one that. Back in 1970 on UHF television, Joseph Zawislak made his debut as Dr. Shock, a TV host on Channel 17 for Horror Theater (also previously known as Scream-In and Mad Theater). The show was comprised of a serious of skits and presentations of the featured movie of the week which was horror or a monster theme. The character he played was costumed as a lively zombie with slicked-down hair, a black frock coat and white spats, assisted in his laboratory by a one-eyed hunchback named Boris. His usual entrance was from inside a coffin. In the revised format he brought on his 9 month old toddler daughter Doreen in 1969 and named her “Bubbles” for the show’s sponsor, Bubbles-Booth soda. This softened the Dr. Shock’s Count Dracula image and the toddler on air grew up along with his fans.

In 1973 under the name Dr. Shock, Joseph Zawislak recorded a Halloween themed 45 “Frankenstein Is A Soul Brother” which was more that just a gimmick and was actually rather funky. Opening up on the heavy side with drums, Dr. Shock talks about going to a party at a castle with and saw The Wolfman playing the bongos and Dracula singing soul songs while Frankenstein got on the floor and started doing his funky soul dance.  How could one not dig this 45 pressed in Cherry Hill on the Blue and Black label, it’s got all the elements of a a funky rock tune that actually works well on the dance floor not only during this time of year but in general.

Pressed in very limited quantities, this is one that rarely pops up for sale but if you see it, definitely grab it if not for the novelty alone.