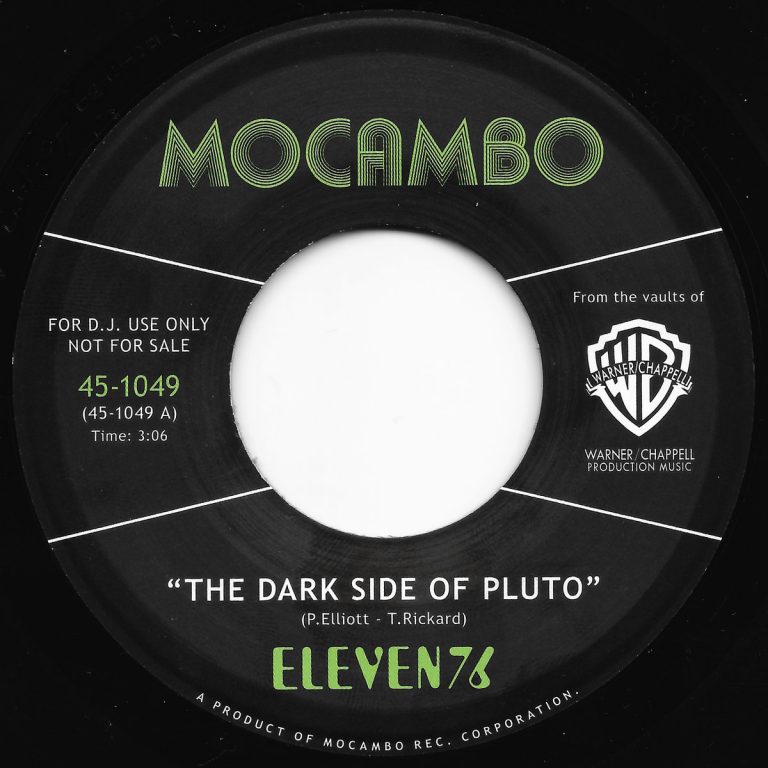 Eleven76 – The Dark Side of Pluto

The library music world is an endless one and the hype and excitement over the genre over the last few years has be incredible. With a new feature documentary recently released as well as a handful of books covering the history and several reissues from various houses, it’s only right that musicians pay homage to the genre by creating their own versions. Coming in just prior to the upcoming Space Voyage LP, Eleven76 has dug into the vaults of Warner/Chappell Production Music and created a serious intergalactic spaced out tune that hits harder than a crashing asteroid.

Produced by Paul Elliot and Timmy Rickard, “The Dark Side of Pluto” b/w “Rocket Arp” is a journey to the stars and the soundtrack is filled with heavy drum breaks, synths and grooves perfect for exploration.