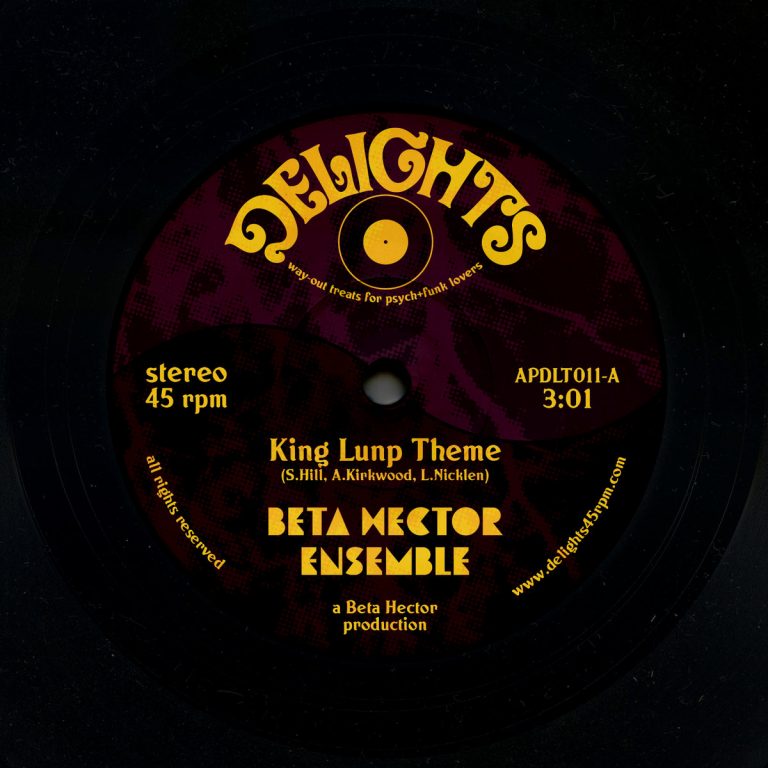 2019 is definitely in full swing and some of our favorite labels are already filling our crates with new music  to continue on with what ended in an amazing way for releases the previous year. Jerusalem based label Delights is one that we’ve featured plenty of times here at Nostalgia King  and their latest 45 from Brighton’s Beta Hector is one for the ears!

“With his first release in seven years, Hector (a.k.a. Simon Hill, MNP bassist) continues to explore the cinematic groove world, pioneered on his debut album “Sunbeam Insulin” (Tru Thoughts, 2011). This time, however, he’s exploring compositions written on his guitar to make way for a rawer and even jazzier sound. The tracks were recorded live in 2017 by Hill and his ensemble of long-time musical allies. The flute and horns were overdubbed later by MNP collaborator Helleanor Fitt. The tense and almost Krauty “King Lunp Theme” was edited down from a feisty seven-minute jam session. The infectious riff gradually builds momentum and winds up with a climactic, screaming sax solo. The melodic flipside entitled ‘Into the Light’ has a warm and intimate, considered arrangement with a melancholic mood. Fitt delivers another astonishing solo on flute, which brings this emotive tune to a close.”