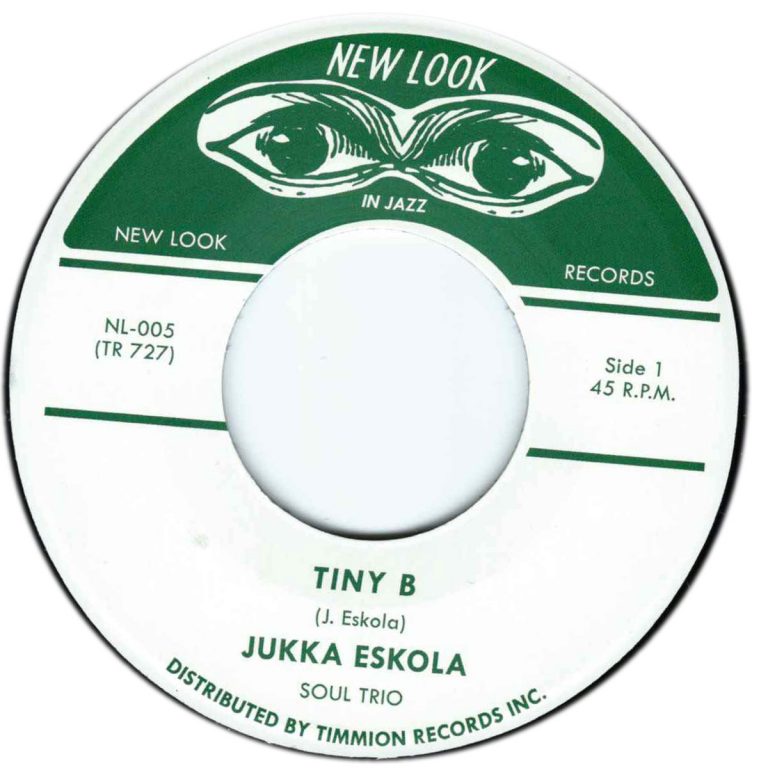 Finland continues to be a hot bed for amazing Jazz music being recorded and released and has been for quite some years.  One of the names that you should be familiar with of course is Jukka Eskola who we’ve previously reviewed works by and who has an upcoming 7″ dropping on the Timmion Records subsidiary label New Look Records.

With one of the hippest jazz albums of recent years under their belt, Jukka Eskola Soul Trio is back with a fresh new single. It’s truly a double-sider of the highest order, as both of the tracks deliver a completely distinct flavor.

“Tiny B” on the A side is a neat bossa jazz number, and as usual in top of the genre, the lightness serves only as a facade. The composition starts to evolve before the listener gets too comfortable, transitioning into a beautiful cinematic section, which is followed by tight solos by Eskola on trumpet and Mikko Helevä on organ. The trio rises beyond its numbers, as the maestro Teppo Mäkynen overdubs his drumming with added percussion and vibes.

Hiding on the B side is a furious jazz dance burner, which sees the trio rise to energy levels that surpass even Five Corners Quintet in their tightest form. “Stick of a Branch” is highly syncopated business that takes its cues from a sound refined by 1970’s independent afrocentric jazz groups. It’s a style, which is inherently modernist, without a slightest interest in mass appeal, and firmly rooted in the blues.

If you need some no nonsense organic jazz on your turntable, it’s hard to go wrong with this single.