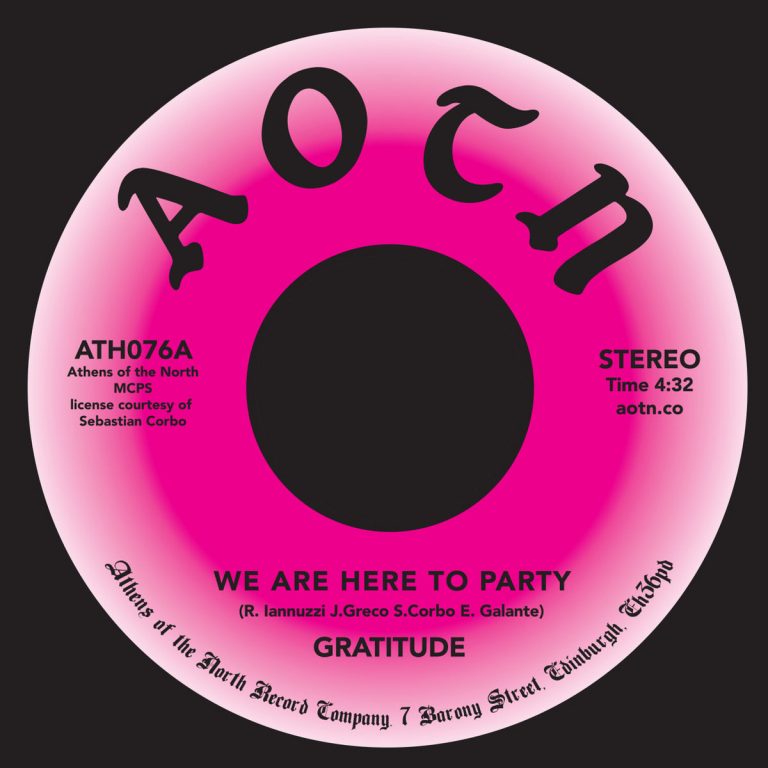 Gratitude – We Are Here To Party

A disco delight from our Canadian neighbors up north via Athens of The North delivering a very essential and rare 7″ reissue from Gratitude.

“We Are Here To Party” is a driving Deep funk disco banger in the vein of King Tut. On the flip ‘Loving You’ is a Chic influenced disco production as strong as the A-side, always good when its a solid flip as well. We have taken the 12″ Versions and put it on to 45, the forthcoming David Haffner compilation will have the even rarer 7″ Version on it. Back into disco turf, loads more on the way. -AOTN