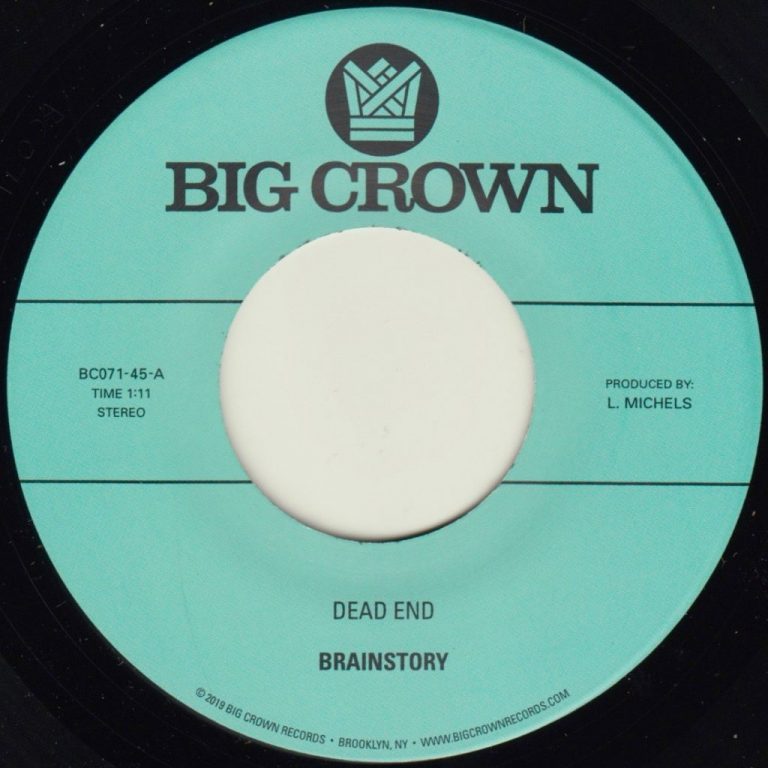 Over the last few years, we’ve caught a heavy resurgence of late nighter soul 7’s from labels across the board which surely will make for a nice mixtape just as soon as I have some free time to lock myself in the lab and create it. Swinging in with their debut release on Big Crown Records is the Rialto, CA trio made up of two brothers, Kevin & Tony Martin, and drummer Eric Hagstrom whose music is a mix of jazz, funk, and psyche- delia shrouded in a cloud of weed smoke and California soul.

Produced by Leon Michels, the A side features “Dead End”, a sublime slow burner about trying to let go of a person and trying to let go of parts of yourself that are dying with that relationship. In the words of Kevin, “ It’s kind of like confronting death, but through relationships and coming to terms with who you are in the mirror of another person.” With Kevin’s sublime falsetto floating atop Tony and Eric’s unflappable and unmistakable backbeat, this tune is sure to become a favorite with the ballad heads, the low-rid- ers, the slowie collectors, and anyone who’s cord is not unplugged.

The B side Mnemophobia is a fateful pairing with the plug- side, as if written later on when the heart heals and you start to get out there again. Mnemophobia is the fear of memories. Brainstory weaves up a tale of hesitation, limbo, then bravery where the choice of love is made in the face of fear.