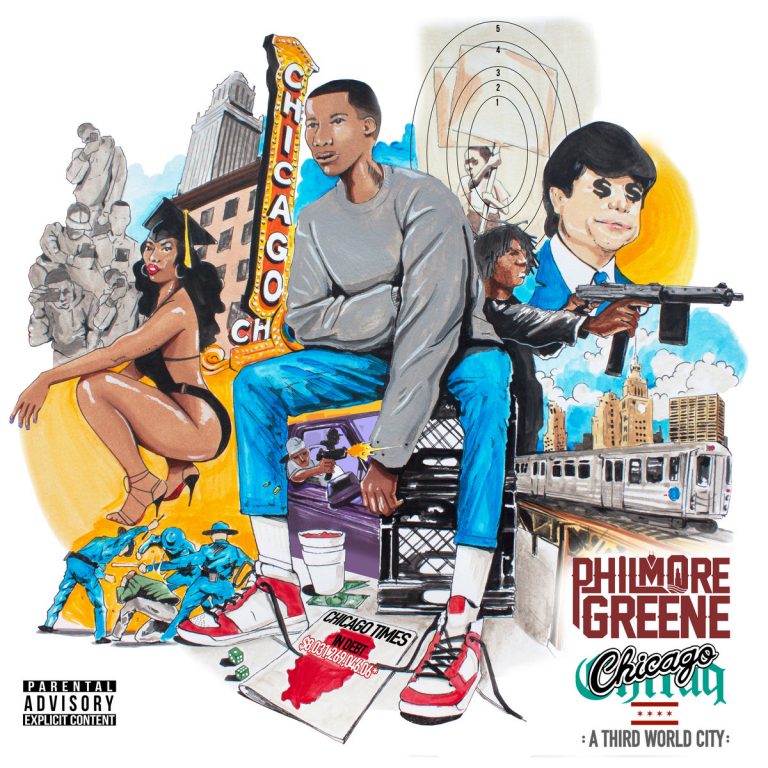 Banging out of the speakers and guaranteed to get you open is another sure shot from the good people over at Culture Power45 with the new Philmore Greene album, “Chicago: A Third World City” paints the vivid picture and tales of the Windy City through his eye’s and explosive wordplay. Expectations on great sounding Hip Hop LPs at this moment have fallen rather short with some of the popular names in the business but Philmore Greene has swooped in like a super hero to save the day.

“If you’ve never been to The Windy City this album will sonically take you on a ride. Rashid Hadee’s super soulful production is the compass, and Philmore Greene’s voice, wordplay, and his next level flow is that map that guides you through the city. It’s very seldom you hear concept album these days, but this album give you the nostalgic feeling of when you had to experience actually living with the music. Though this music is far from dated, everything from the artwork, to the rollout of the album makes you feel as if it was 1994 all over again! On songs such as “Something Outta Nothing” Philmore Greene paints a vivid picture of being determined about turning a negative into a positive while weaving in and out of the kick & stare Rashid Hadee’s laid as the foundation. This album will not disappoint the true lovers of hip hop. Press play, enjoy!” – Culture Power45