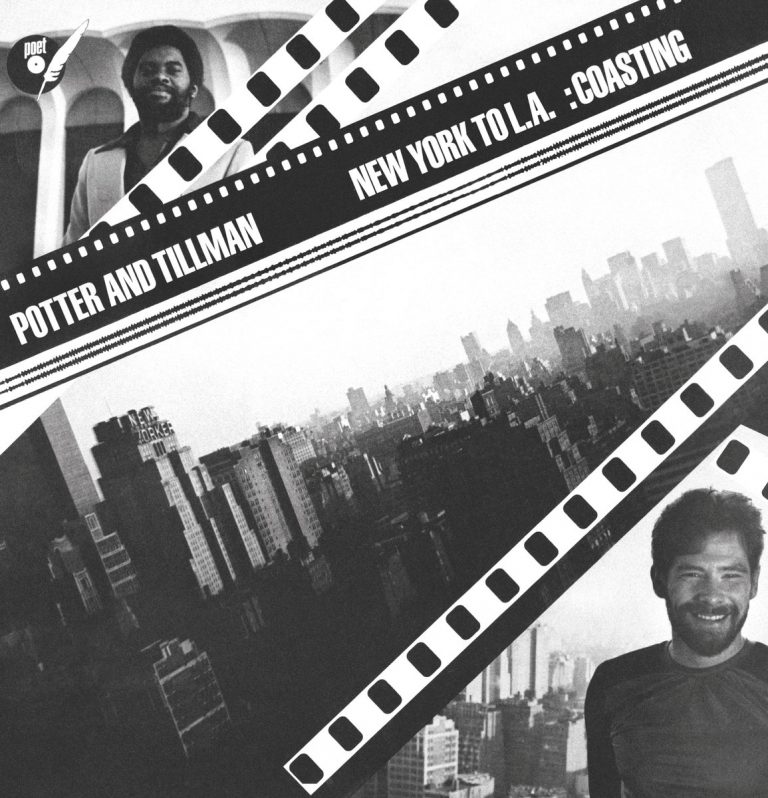 Amazing and unique private soul/jazz-funk fusion LP, “New York To L.A.: Coasting” is the first release (1980) on Andrew Scott Potter and David Eric Tillman’s PO/ET label. Sublime from the beginning to the end, it has become, just like their second and final release “…Space…Rapture…”, a sought-after collector’s item.

Andrew and Eric both come from Chicago. They met in the early 70’s, shortly after Eric’s discharge from the U.S. Air Force. They played together on the local jazz scene for several years (among others, with Maulawi). During that period, Andrew also toured with Minnie Riperton and Eric toured with The Dells, Linda Clifford and others. In the late 70’s Eric left Chicago for Los Angeles, when he began touring with The Temptations. Since moving to California Eric has played and/or recorded with a variety of artists, including, Willie Bobo, Justo Almario, Alex Acuna, Norman Connors, Billy Paul, GAP Band, Linda Hopkins, Billy Higgins, O.C. Smith, and many others.

Also, in the late 70’s Andrew Potter moved to New York, hitting the local jazz scene, which in New York means a lot of world class players. That’s where he met and played with such artists as Carmen Lundy, Dr. Lonnie Smith, Ryo Kawasaki, Walter Bishop Jr., Marcus Miller, Alex Foster, and others too numerous to mention.

Among other gems, this album contains the beautiful “Good Morning Kiss” written and performed by vocalist Carmen Lundy, one of today’s most talented and respected jazz singers. Carmen performed and recorded with musicians such as Kenny Barron, Ray Barretto, Courtney Pine, Roy Hargrove, Ron Carter, and Robert Glasper. In Harlem NYC in the late 1970s she was part of a group of emerging young musicians formed by Walter Bishop Jr. with Marcus Miller on bass, Mayra Casales on congas, Ricky Ford on sax, and Kenny Washington on drums who was later replaced by Andrew Potter. Potter fell in love with Carmen’s work and decided to include “Good Morning Kiss” on this album.