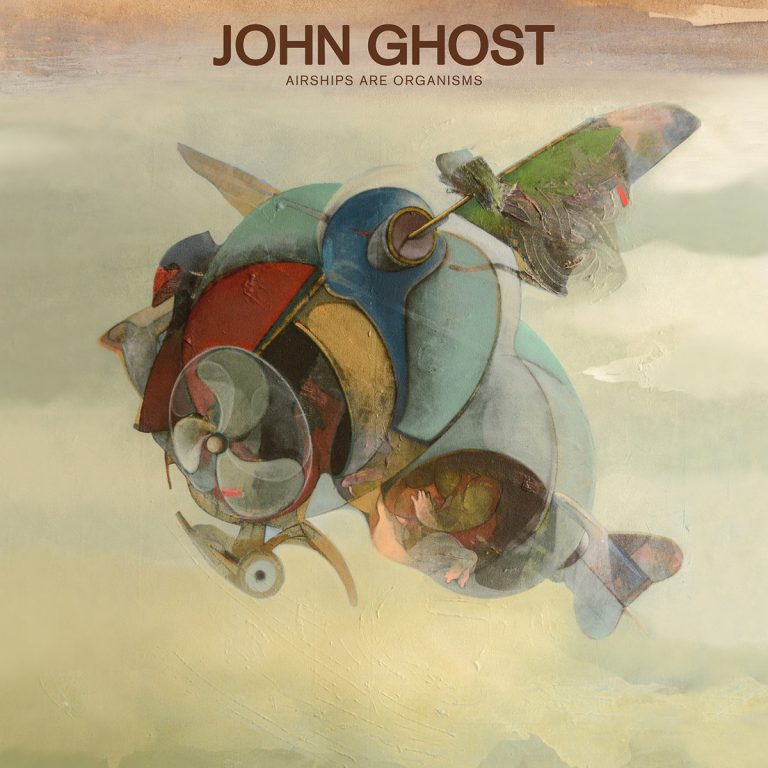 We’ve really been feeling the amount of new Jazz releases dropping over the last year or two which have been filling our crates with plenty of good listening and replay value.  The resurgence of these vinyl releases have definitely taken their place in what once seemed to be lacking void in the genre and so much of it seems to be coming in via Europe from artists that we weren’t previously familiar with but happy to be so now.  The latest coming in from Belgium’s Sdban Records is from John Ghost with his “Airships Are Organisms” LP.

Created around the Ghent guitarist and composer Jo De Geest, the Belgian sextet draw on influences from jazz, rock and post-classical music, where minimalism, electronics and a cinematic atmosphere characterize their instrumental music. When it came to recording the album, John Ghost searched for a balance between the venturous, accessible and playful character of jazz music, in which John Ghost has its origins, and a carefully thought out selection process with the production, with a sharp eye and ear for detail. Seemingly simple earwigs are underpinned by driving undertones that inspire harmonic twists and a rhythmic and melodic stratification, that often results in a very danceable soundtrack.

Tracks like 13-minute album opener ‘Deconstructing Hymns’, keep a fine balance between moments of abstraction and repetition while recent single ‘Disfunctional Rabbits: The Disfunction’ is an intoxicating, dreamy soundscape that alternates between balanced jazz fluctuations and space-like grooves. Elsewhere, the idiosyncratic ‘The Fallen Colony’, spirals into a progressive narrative of experimentation and improvisation, a common thread throughout large parts of John Ghost’s music, before the haunting ‘Drones For a Sunken Mothership’, combines soaring bowed melodies and broken beats that is not only mesmeric but filled with breathtaking majesty.