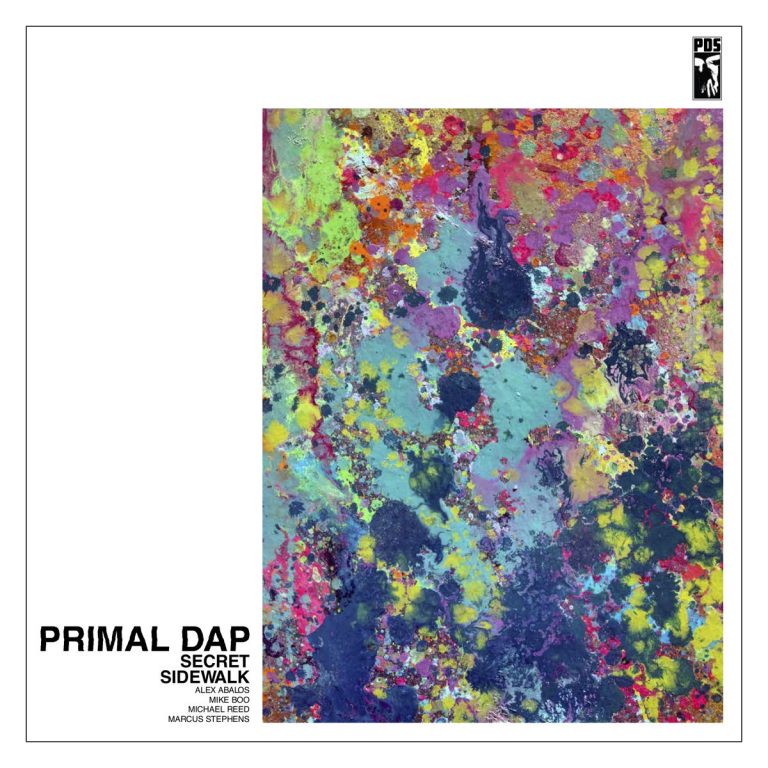 Exploring the realms of Jazz, Psych and Hip Hop, Secret Sidewalk debuts their “Primal Dap” LP and long-anticipated follow up to 2017’s self-released, “Does Anyone Knock Anymore”, their sold-out beat tape featuring improvisations and deep explorations of the band’s sound, built upon the left-field foundation of the group’s sought-after 7” release, “Cholo Curls / Bibingka” (CTB Records – 2014). Primal Dap is a dynamic representation of Secret Sidewalk: spontaneity, through-composed songs, and back-alley dirt that tells a story of the creative landscape and history of the Bay Area. Listeners can expect a continuation of the band’s early ambient improvisations (“Channel 9”, “So Underground”) situated alongside well-crafted arrangements (“Common Core”, Koi Palace”). New territories are explored within the band’s signature, foundational slump-funk in “Descambler” and “Ripken.”

Founded in 2010, Secret Sidewalk is comprised of Bay Area natives from a variety of musical backgrounds, yielding a distinctive sound that echoes Bay Area hip-hop, jazz, and psychedelic undertones. Featuring members of 545, Con Brio, and The M-Tet, the group features unorthodox instrumentation: saxophone, turntables, synthesizers, and drums, all modulated live with effects to create a sound that is both lush and gritty. Since much of Secret Sidewalk’s material is mined from their own improvisatory wellspring, the band refined their recording techniques to effectively capture their signature lightning in a bottle. Recorded in a variety of professional and project studios, Primal Dap is the band at their most comfortable, displaying their collective expression at its most pure form.