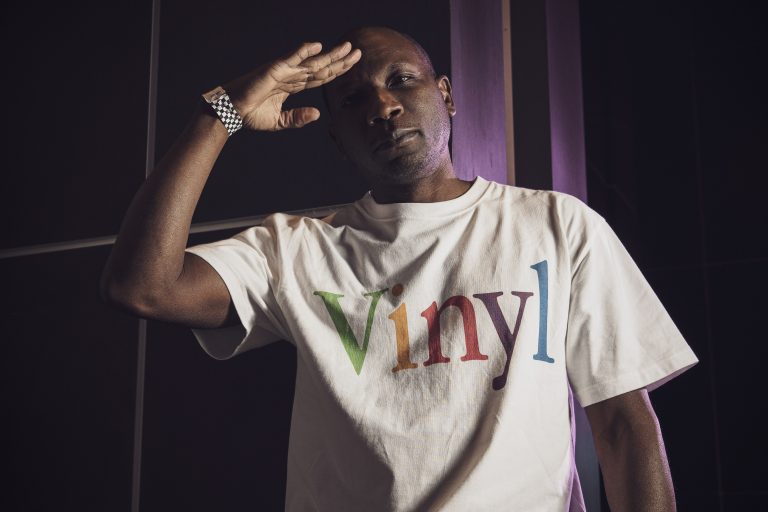 Around The Globe in 2019 With Skeme Richards

It’s been a minute since I’ve caught up with the homie Skeme Richards to chat about what’s been going on in his world over the past few months since we’ve last spoken. So with the end of the year right around the corner, what better time to do a recapping of his world travels and adventures, projects and what he has in store for 2020.

Another Mossimo Chao Q&A with the Nostalgia King himself!

Chao: It’s been a minute since we’ve crossed paths so I assume you’ve been extra busy since last we’ve spoken.

Skeme: Come to think of it, it’s definitely been a minute. We haven’t done a mid week afternoon burger and record run since before I left for my Butta 45’s Germany tour back in October. Things have been good though, I’m doing my usual and just keeping it moving.

Chao: So let’s start at the top. With the year coming to a close, how as 2019 treated you?

Skeme: This year was actually overall was a great year I’d say. I mean, it can always be better, you always want to fit more into the schedule but as far as travels and being productive it’s been a solid year. I touched down in quite a few places for gigs and some new ones to add to the list including Mumbai which I played the Red Bull BC One Finals pre-party. We did our 9th annual Butta 45’s Germany tour which was amazing as always.  We hit a lot of new cities on this tour which will definitely make their way into the 2020 10th Anniversary schedule for sure. Of course my annual Magma Taishi Returns Japan tour was the usual properness and next year we celebrate the 10th anniversary of that as well. I definitely racked up some crazy flyer miles bouncing across the globe this year.

Chao: You recently released you Tough Guys & Coffy Gals cassette via Record Breakin’ which seems to be your goto label to work with on these tapes.

Skeme: Tough Guys & Coffy Gals is actually one that I wanted to release for a while now but things came together when The Elroy Jenkins did the artwork for it. He had been working on a solo gallery exhibition so I caught him at the right time and frame of mind where he had the perfect art to compliment the mix. The Blaxploitation theme with the strong visual presents of the art just went hand in hand and made it stand out.

Chao: What were some of your highlights of the year?

Skeme: Honestly, it’s all blur at this point The year moved so quick and I feel like I haven’t had a chance to just soak it. But I always snap lots of photos and of course write in my journal so that when I get a chance to sit during this holiday season I can recap the last 364 days.  One thing that I will say was major for me was my “Always Good” collaboration with Korean streetwear brand Spread Love. It was really dope to have hoodies, tee’s and crew necks for sale and seeing how people embraced my philosophy. But overall, life is one big highlight. I love being on the go, eating and experience new things  and meeting new people in some of my favorite cities and countries.

Chao: Are there any highlights in music and record releases that really rocked you?

Skeme: 2019 was a super solid year of record releases and one of the best especially for Jazz. Some of the most incredible LP’s came out and places like Finland and continue amaze me. New Jazz albums plus library’esque style / electronic albums from artists Misha Panfilov are really blowing my mind as well. Then you have previously unreleased projects that have come out like The Italian Heist by Stu Gardner on the Super Disco Edits label. That’s a great soundtrack for a movie that never came out.  All across the board though, independent labels in funk, soul and jazz have been killing it this year.

Chao: Was there anything that you didn’t accomplish that you wanted to?

Skeme: There’s always things that you can’t fit onto the calendar that you’d like to but that just means my 2020 will be stacked from the leftovers. I’ve got a few new cassette releases dropping as well as a new 45 that’s going to make cats start digging for the unknown again. I also wanted to do more writing for music / culture publications but time didn’t permit as much but I’ll get it in next year.

Skeme: I’m definitely going hard in 2020! I’m going to Ethiopia in January with NextLevel as a cultural ambassador of Hip Hop and will be teaching DJ’ing so I’m super excited about that. Of course my annual Japan and Germany tours, I’ve started building a solid foundation in Korea so looking forward to returning there as well. I’m working on a Nostalgia King magazine but being a one man show, it’s hard to do everything. There’s just so much to do and only 365 days to do it so we’ll definitely have to recap next year on what I did and didn’t get to do.