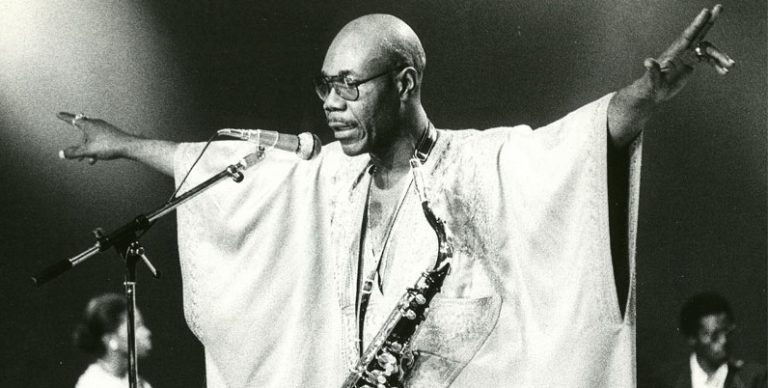 The world lost a great one today with the passing of Cameroonian musician and songwriter, Manu Dibango to Covid-19. Manu Dibango played saxophone and vibraphone and developed a musical style fusing jazz, funk, and traditional Cameroonian music. Over the years, his music became staples on the dance floor as well creating one of the earliest Bboy classics, Soul Makossa (1972).

The song “Soul Makossa” on the record of the same name contains the lyrics “makossa”, which means “(I) dance” in his native tongue, the Cameroonian language Duala.

He was a member of the seminal Congolese rumba group, African Jazz, and has collaborated with many other musicians, including Fania All Stars, Fela Kuti, Herbie Hancock, Bill Laswell, Bernie Worrell, Ladysmith Black Mambazo, King Sunny Adé, Don Cherry, and Sly and Robbie. He achieved a considerable following in the UK with a disco hit called “Big Blow”, originally released in 1976 and re-mixed as a 12″ single in 1978 on Island Records. In 1998, he recorded the album CubAfrica with Cuban artist Eliades Ochoa.

He served as the first chairman of the Cameroon Music Corporation, with a high profile in disputes about artists’ royalties. Dibango was appointed a UNESCO Artist for Peace in 2004.