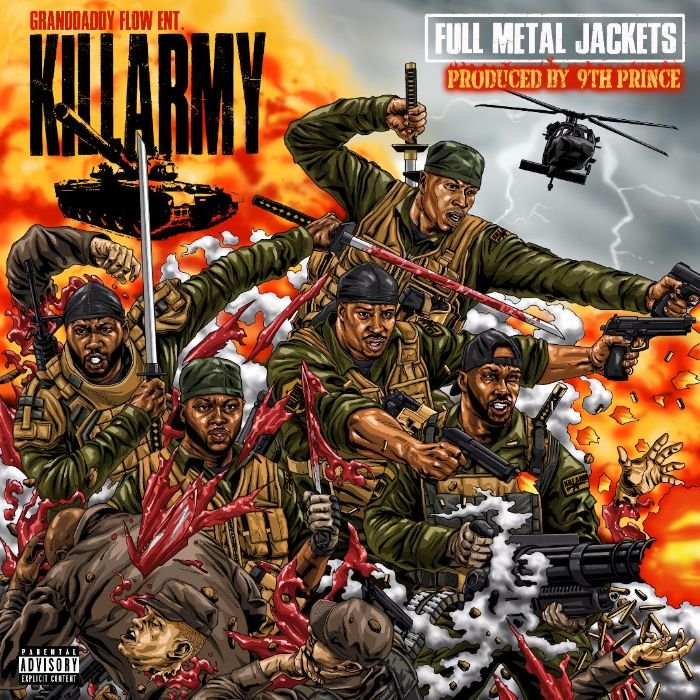 Let’s just say that Wu-Tang is forever and if you’ve been a part of that collective in some way shape or form then I guess it’s only right that you’re in that legacy. Killarmy may not have had a long run in the popularity ranks with fellow Wu members but it’s without a doubt that they contributed some dope darts on various Wu releases to at least let you know who the are. It’s been a minute since we’ve caught wind of the crew but they’ve obviously been busy in the lab working on new material.

Full Metal Jackets is the upcoming album and the single “The Shootout Pt.2” produced by 9th Prince who handle majority of the production duties on the album. Covering the 11 track LP, you’ll find guest appearances from the likes of  Cappadona, Planet Asia, Ras Kass, Masta Ace as well as fellow members 60 Second Assassin, Killa Priest and Prodigal Sunn.