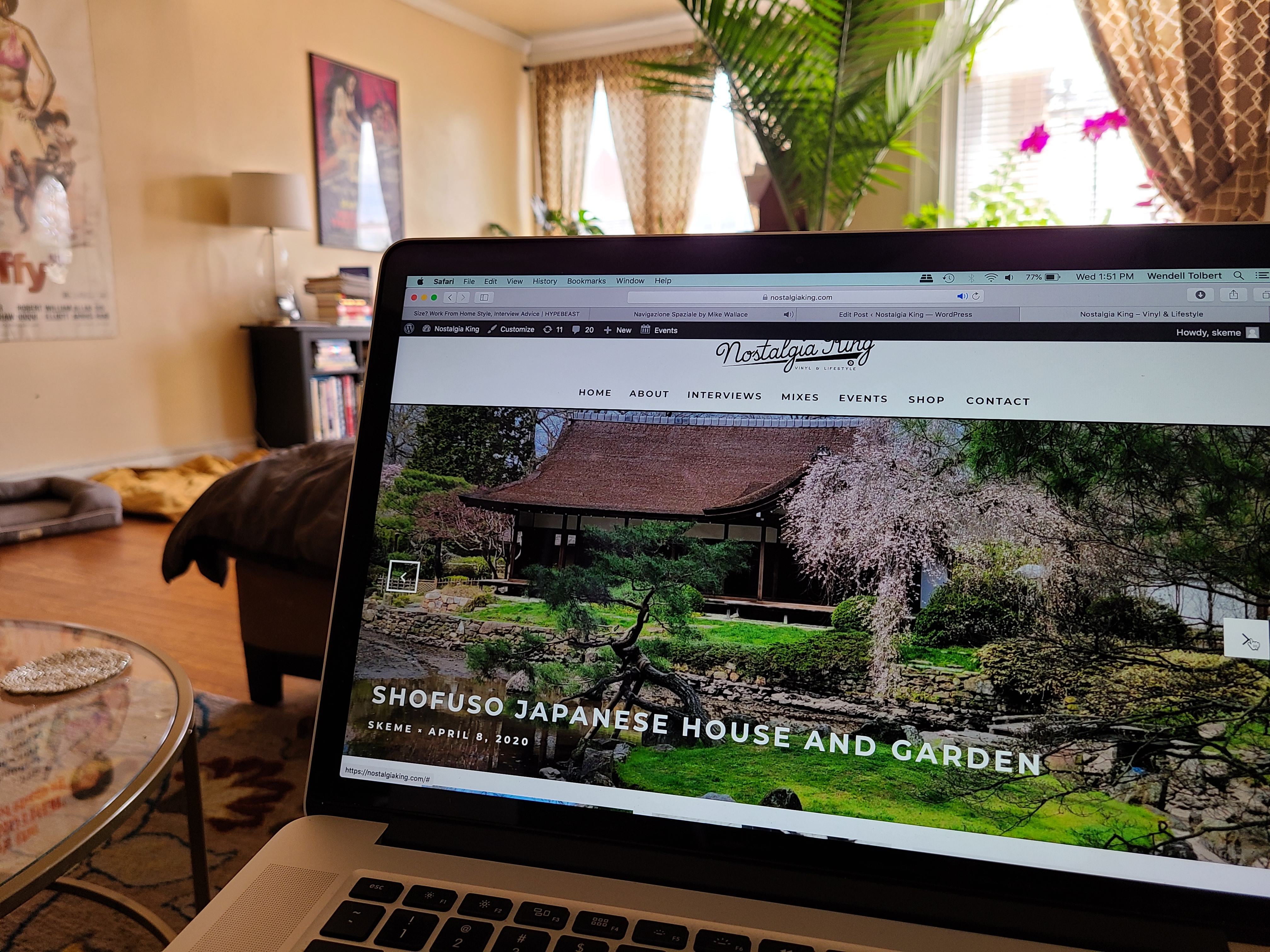 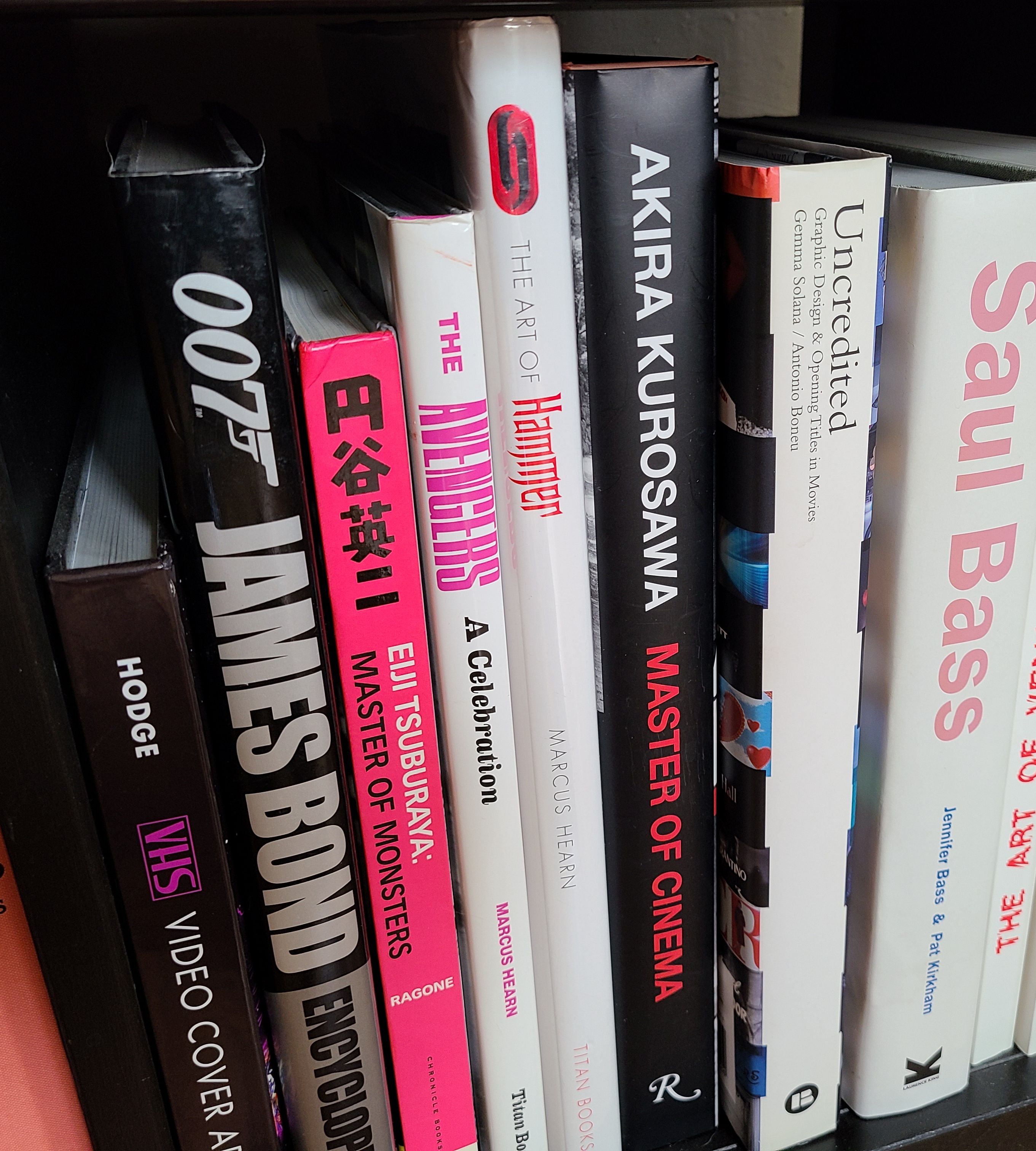 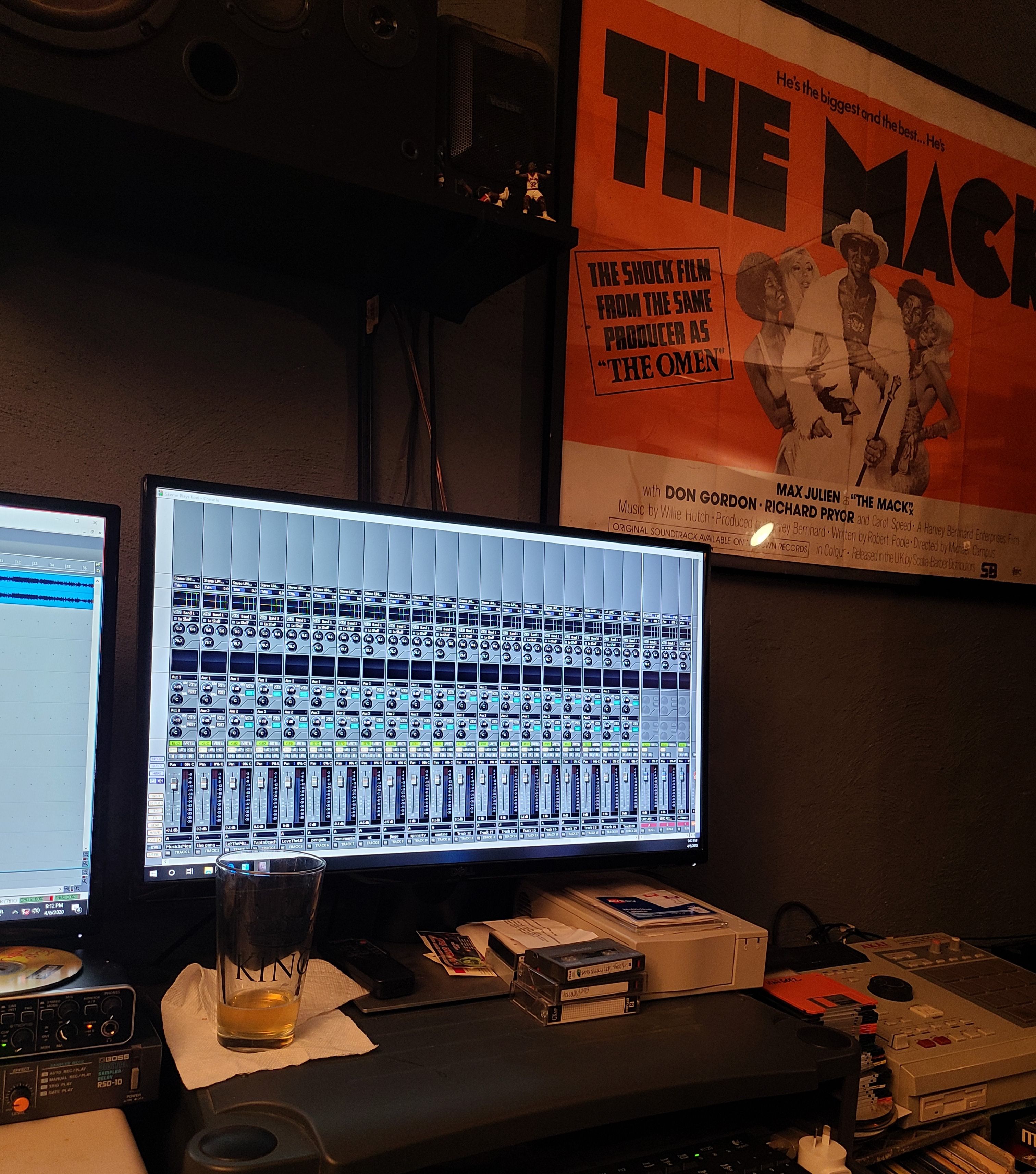 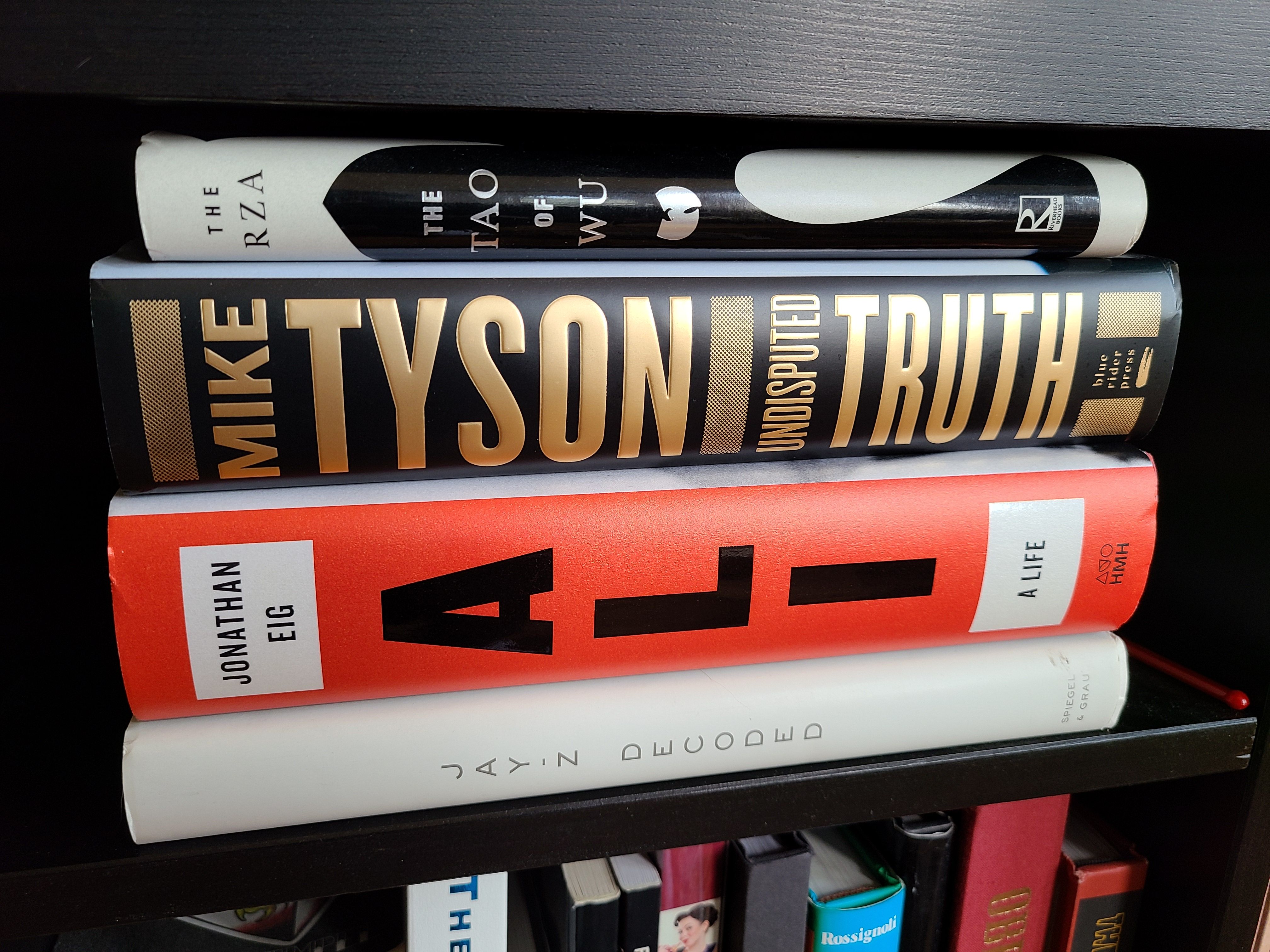 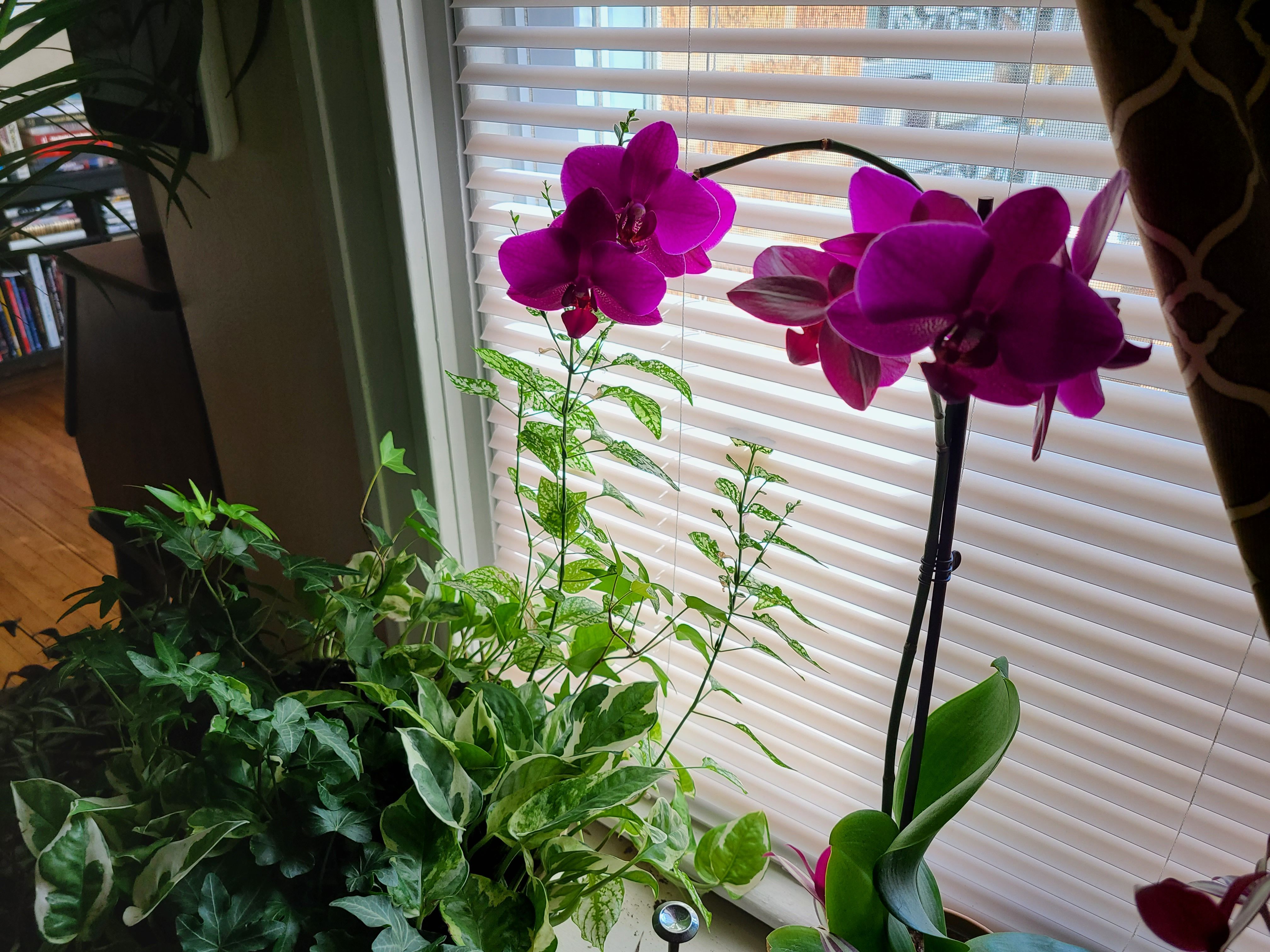 Another week has passed and here we are in the same situation as the previous as well as what seems to be the foreseeable future. Many of us are coping, others are struggling with not being able to live their social lives that they are accustomed to but we’re all in the same boat in trying to survive. For many creatives at the moment it’s a transitioning point of trying to figure out what’s next but what’s now and in the present to stay creative to keep sanity. I for one am using this time to experiment and push new ideas of content but I’m also looking to other creatives outside of the DJ world to be inspired by. After a conversation and build session with the homie Massimo Chao the other day he thought it would be a good idea to conduct an interview with me on my day to day routines during this isolation period which is what follows.

Massimo Chao – Now that you’re not traveling, what’s your days looking like?

Skeme – Pretty much what it’s always been to be honest. I wake up around 7 or so, scroll through social media to get my morning fix so that I don’t have to interrupt my work flow later to see whats going on. Have breakfast, tend to the dogs and then it’s time to get serious with responding to emails, writing for the site or finishing articles for other publications. Around Noon or so I have lunch, check the mail for any promos from labels, then head into the music room to listen to those promos so that I can start to pull records from my streaming channel on NerveFM. After that it’s dinner time and things can go multiple ways with how I continue the night. It’s either sit and catch up on some TV, read or watch a documentary or go back into the music room until about 2am or so.

Massimo Chao – Do you have a specific place at home where you work?

Skeme – It all varies, sometimes I’ll start at the kitchen table with my laptop while eating breakfast and then I’ll move to my desk so that I can have some space. Early afternoon while the sun is shinning through the house, I’ll sit on the couch and maybe turn on the TV for background noise have the windows open so that I can hear birds chirping and have some sense of nature going on.

Massimo Chao – Are you like me and finding yourself caring less and less about getting dressed for the day?

Skeme – Ha…. I’m always like that. When I’m home I’m in sweats, t-shirt and hoodie (that’s if I’ve actually switched from my pajamas). But being comfortable brings out the best when I’m in create mode.

Massimo Chao – So what has been’s inspiring you at the moment to stay productive and creating?

Skeme – Well I know that I have a few projects that I need to finish so that’s important to stay productive so that they can be released. But I’m always looking at other creatives and what they’re doing and what their surroundings look like at the moment. I’ve been following what Quentin Tarantino has been doing on his New Beverly Cinema website. He’s been writing great reviews to some of his favorite films which I love. Here’s a guy who could probably sit back and do nothing right now but he’s staying busy and doing something that’s connected to what he loves. That’s where I’m at, connecting all of my loves of music, film, writing and collecting all together.

Massimo Chao – IG Live seems to be hot on the block right now with DJ’s flooding the timelines have you gotten onboard and done one yet?

Skeme – Nah, I’m pretty much passing on going live to DJ. For the last few years of my Butta 45’s Japan and Germany tours, we would go live as well as my party at The Trestle Inn. There’s a certain element that can’t be captured DJ’ing in your bedroom for the public. I’d much rather see my favorite DJ’s in the kitchen cooking while changing the record after it plays the entire side, I want to see a different side of a person than what we know them for. What are your hobbies, what do you do when you’re not trying to front for the camera. For me as a music lover, the live thing has actually made me go back to having an appreciation for internet radio with actually programs, time slots and personalities. I miss the days of looking at the TV Guide to map out what I wanted to watch and that’s what I started doing with internet radio. I just want to listen to the music or host in the background which is why I continue to do my new channel on NerveFM. I’m giving people replay value, something that will last even when this pandemic is over. I feel like there’s way too much temporary content out there to satisfy people for an hour until the stream goes down and then it’s a wrap.  It’s like going to the circus and not coming home with a souvenir, it winds up being a faded memory. Give people something tangible that they can keep coming back to even if it is digital but it has to be something special. But with that being said, I’ve enjoyed a few IG Lives like Cut Chemist and Mayer Hawthorne because I’m a music head and they’re just playing solid cuts that make me want to dig. Also Rev Shines, his Good News Daily is solid listening, short and sweet at 30 minutes and he uploads them to Soundcloud just incase I miss an episode. Then I’d have to say the Philly homie Rich Medina. Rich is a music head with tastes across the board so I can just turn the speakers up and go about whatever it is I’m doing in the crib and zone out.

Massimo Chao – You haven’t gone live to DJ but you have done several live talks. How’s that different in your eyes?

Skeme – Doing these live talks were great because it’s insightful and educational and topics that people are actually interested in that they normally wouldn’t get to hear their favorites discuss. Like the talk with Pay Fresh from Amsterdam, we discussed how to stay creative during these times and keeping things moving so that when we do come out of this, your art won’t have suffered. I had one hosted by Fat Nice for his new STASH series where we talked about collecting. You know we both were geeking out and we had viewers bugging on the things that we have. With Jason Armitage, he wanted to know 3 records that I really dug which I chose new releases because as a DJ who at the present can’t go out to DJ, I still need to tell people about new records. And the talk with Flash G Parks, it was a discussion on Philly records and labels from my side and Houston records and labels from his side. We basically gave a history lesson on these artists from our respective cities which is something that the viewers wouldn’t have gotten elsewhere.

Massimo Chao – Well it seems like you’re keeping things moving and doing your part to create quality content for people which I’m sure isn’t necessarily easy with all the things going on but I applaud you.