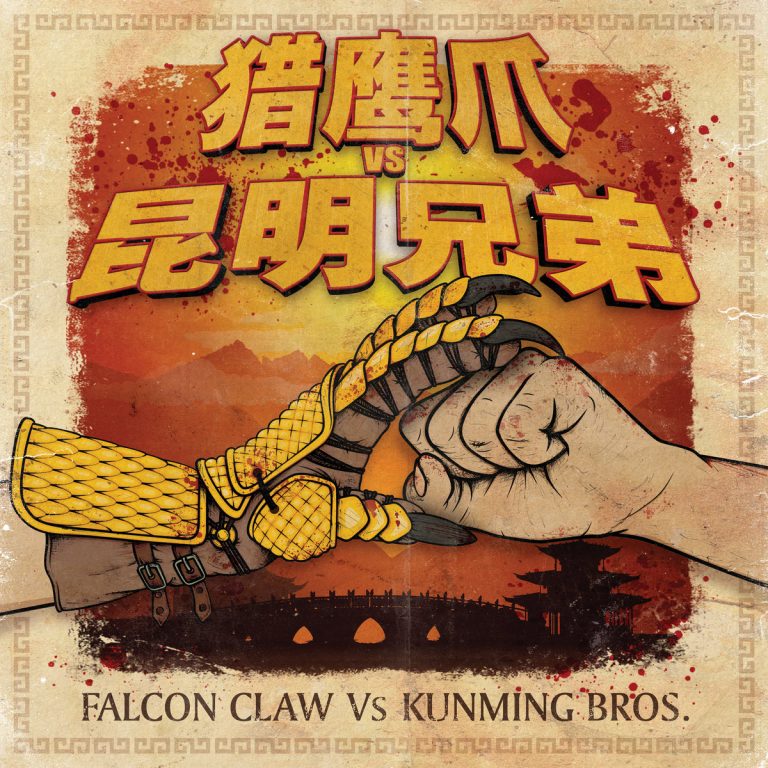 There’s no doubt about it that the term “never stop digging” continues to hold it’s worth within the collectors world with discoveries still being made from creation done 40+ years ago. The latest find is just another example of stumbling onto something which just happens to be prime pickings for the rest of the world the hear and it’s got a great backstory to it as well!

On a return trip to Kunming, China I happened to be staying with my close friend Kris for a few days when he sadly received news of his father’s passing. After he returned from dealing with his father’s issues, I ended up staying with him again. One night we shared a few whiskeys together and Kris was reminiscing and telling me a few stories about his Father and his life. He played me a cassette of Falcon Claw that he had found in his Father’s house and I was blown away. I knew straight away that I would love to put it out on vinyl as it was such a strong track and a great way to honor Kris’s father. So, with Kris’s blessing we decided to release it to the world.

The legend of Falcon Claw, explained by Kris Ariel, son of Robert Torres.

I rediscovered this song in my dad’s house when I was cleaning it out after he passed away. I found it in a box of cassettes that he had in a closet. I remember him telling me about this song when I was younger. He wrote it for a martial arts movie in the 70’s but it ended up not getting used. He always considered it to be his personal theme song. He is playing all of the parts and I remember him telling me that a neighbor on a CB radio kept messing up the recording sessions because his broadcast would come through his guitar amp sometimes. The neighbor would call himself “The world’s most dangerous snake whipper”. The broadcasts messing up his recording sessions added a lot of intensity to the song that’s for sure. He called the voices at the end the “Voices of the extra-terrestrials”.This has always been my favorite song of his.