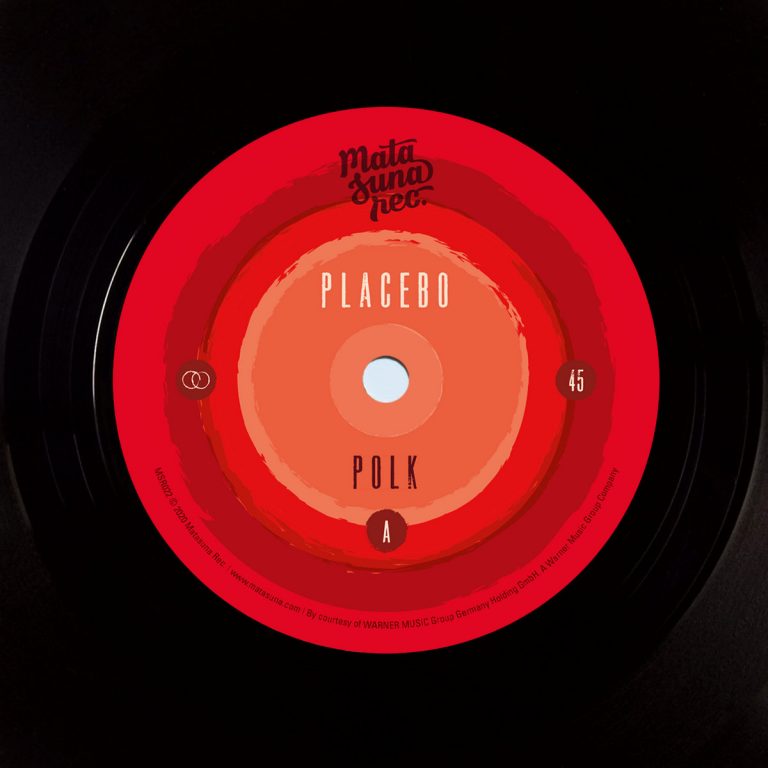 The the current trend of “first time on 45” being the latest thing to sell records, there’s a thing line between first time on 45 and the the right things making their first time on 45 debut which is exactly what Matasuna Records has done with their upcoming release by Placebo. In the record collecting world, Placebo LP’s are ones that you absolutely want in your collection. They’re absolute grails and no collection is complete without having at least one of their 3 LP’s in the stash. Knowing just how great their sound is, Matasuna Records is bringing two absolute gems to the 45 format for the first time with “Polk” b/w “Balek” that should make their way into your crates.

“Marc Moulin” was born 1942 in Ixelles, Brussels where he also took music lessons. He studied economics and political science – but his passion was music, which guided his career. He made his first steps in the Belgian jazz scene in 1961 at the Festival “Comblain-la-Tour”, where he won the “Bobby-Jaspar trophy” for best soloist.

In the 1960s he was a member of various jazz formations before founding the band “Placebo” with his close friend, guitarist “Philip Catherine”, in the early 1970s. The septet recorded three albums and a single from 1971 until its dissolution in 1976. On these recordings Moulin is surrounded by the crème de la crème of the Belgian music scene. The group played a unique mixture of jazz, soul, rock and funk with electronic elements, which Moulin elicited from his Moog synthesizer. Some of these musicians also contributed to Moulin’s cult album “Sam Suffy”, which was released in 1975.

After the dissolution of Placebo, Moulin took a break from jazz and appeared as a producer for various artists. In 1978 Moulin founded the synth pop band “Telex”, with which he recorded five longplayers between 1979 and 1986. These recordings are considered groundbreaking for the Detroit techno and transatlantic house scene.

In the late 1990s, Moulin returned to his jazz roots when he combined his two great loves, jazz and electronic dance music. He signed to “Blue Note”, where he released three albums. His first album on Blue Note 2001 sold over 100,000 copies worldwide. Parallel to his musical activities, Moulin was a radio presenter, journalist and composer, but also worked as a journalist and radio editor. Moulin died on September 26, 2008 at the age of 66.

“Polk” is opening the single and couldn’t be a better start: the irresistible groove digs deep into the ear. Marc Moulin’s virtuoso piano playing wafts around the driving wah-wah guitar, the bass line and the beats. The brass section sneaks in discreetly to create a grandiose sound spectrum. Jazz-Funk at its best!

Without a doubt, “Balek” is one of the most extraordinary tunes on the album and rightly enjoys cult status not only among rare groove collectors. But also in the Hip Hop scene Balek is a hot joint – e.g. El Da Sensei or Mos Def have dropped their rhymes on this beat. Obscure synthesizer soundscapes with psychedelic sounds, supersweetened keys, unique brass passages and kicking drums give the song a magical aura.