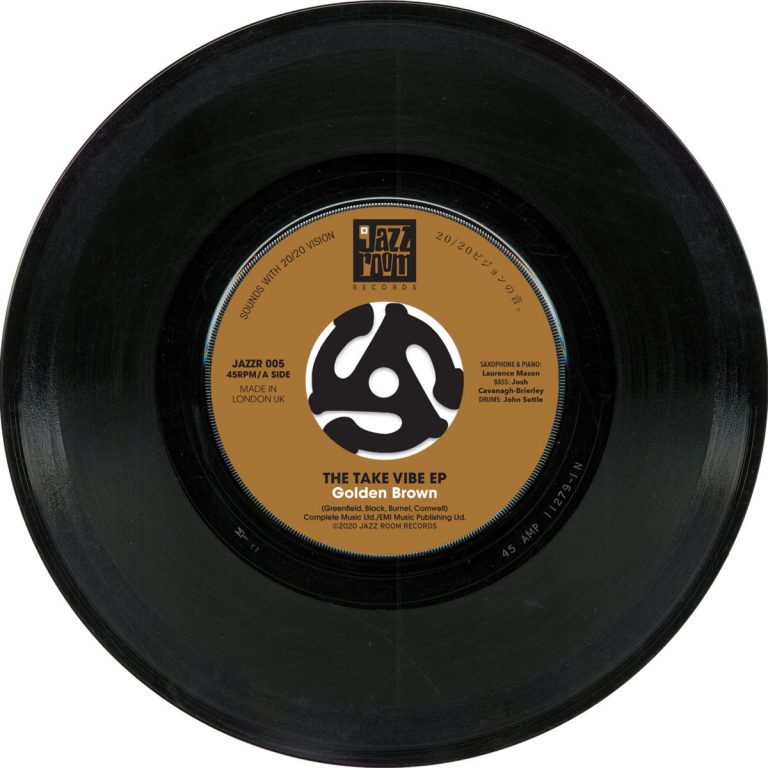 During 2020 in full on lockdown, musician Laurence Mason puts together an off the wall idea of meshing together two of his biggest musical heroes, Dave Greenfield of the tough 1970’s proto-punk band The Stranglers with the oh so cool 1960’s jazz of Dave Brubeck. After completion, he uploads his demo to YouTube not really expecting much in the way of feedback and surprisingly it reaches ONE MILLION views and hundreds of requests for an official release.

Fast forward a bit and Jazz Room Records head Honcho Paul Murphy says “Do you wanna record that and release it?” “Affirmative!” was the response and rightly so, Laurence created something incredible that is well worthy of an official release. The result is this grooving Soulful and Funky Jazz version of “Golden Brown”.

On the “B” side is a languid and super cool version of “Walking On The Moon”, originally by 80’s Supergroup The Police. Laurence Mason is already gearing up for a 2021 album release and if it’s anything like these two sides, it will surely be a crate essential.