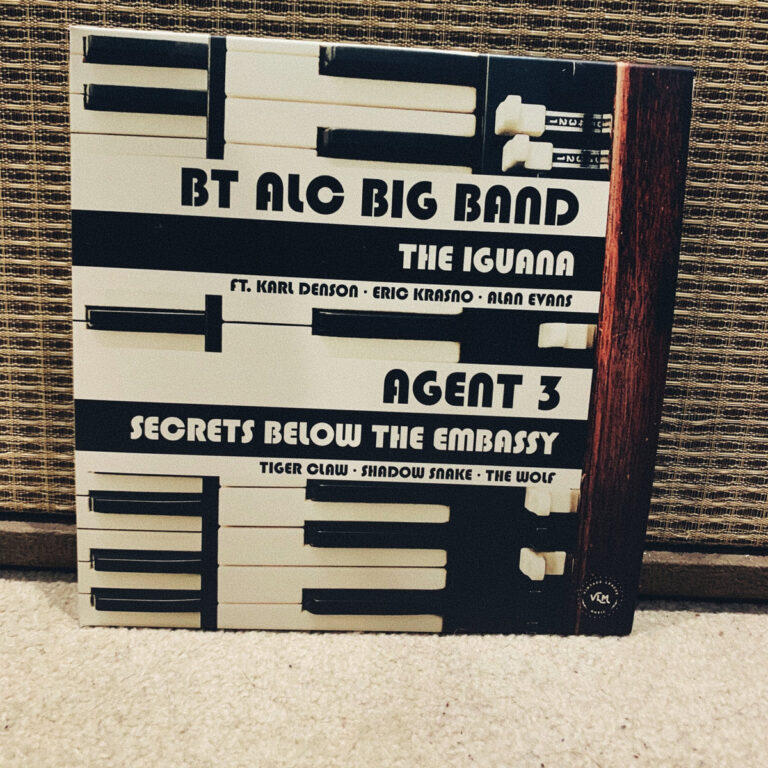 Sometime back, we covered the digital version of The BT ALC Big Band’s “Iguana” which stayed in rotation for quite sometime. Wishing for a 7″ release, our wishes have been answered with a limited 7″ double A-Side single vinyl release from highly acclaimed funk bands BT ALC Big Band and Agent 3. ‘Iguana’ by BT ALC Big Band is a dazzling, hook laden funk meets souljazz instrumental with an all star list of guest players including Karl Denson (The Rolling Stones, Greyboy All Stars), Eric Krasno (Soulive), Alan Evans (Soulive).

The B-side features ”Secrets Below The Embassy” by Agent 3 which is a massive groove driven hammond funk classic. The band comprises of some of the most sought after musicians in the USA funk and jamband scene. Its a first track from a forthcoming album when the identities of the band will be revealed.