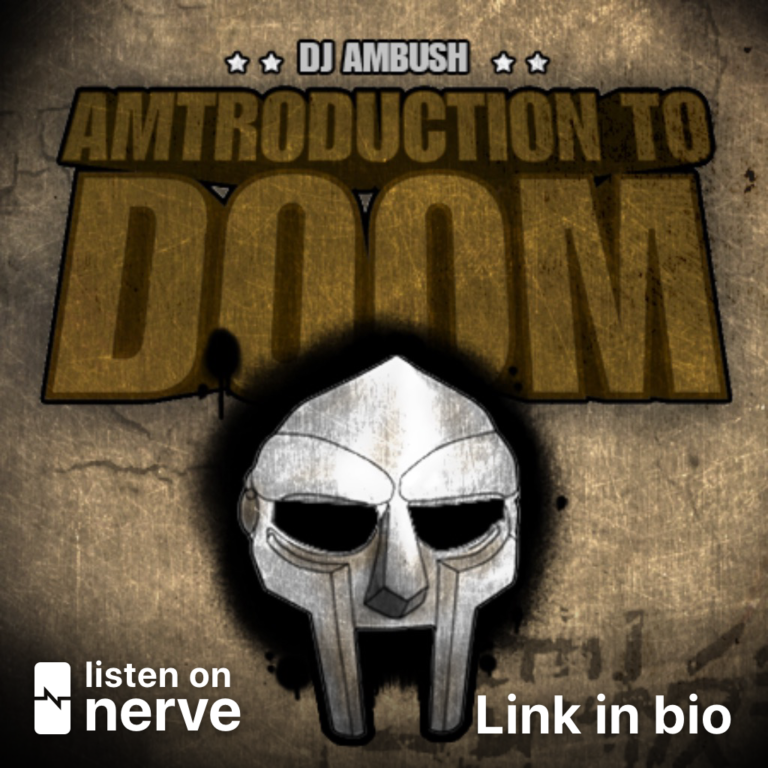 News broke today about the passing of legendary emcee MF DOOM and as to be expected, the world has truly been rocked with sadness and heartbreak. MF DOOM has always been a mysterious figure in the rap world which added to his character which was influenced by the Marvel Comics figure, Doctor Doom and his villainous persona.

Since 2011, good friend and fellow DJ, DJ Ambush has been doing his DOOMstravaganza tribute party which payed homage to this legend so it’s only right that with his passing, I asked DJ Ambush to present his 2011 mix, “AMtroduction To DOOM” here on my NerveFM channel to give you a scope of what made him a great emcee.

Be sure to follow DJ Ambush on Instagram at @skambeezy and be on the look out for his streaming channel here on NerveFM launching soon.