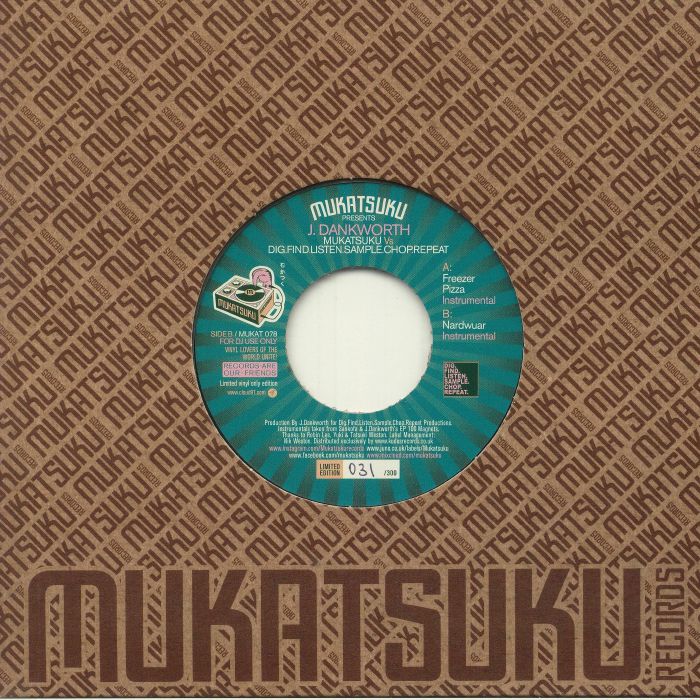 There’s a lot of thought that should go into re-releasing or reissuing something which often times I think people go for the obvious and cliche’ which for me as a DJ and music lover is rather boring. But there are still those labels out there that pull from a different crop to give our crates a wider spectrum of music that should ultimately find it’s way into our rotation which is exactly what the MUKATSUKU label has done with their upcoming release by producer J. Dankworth.

DigFindListenSampleChopRepeat is the motto which is exactly what J. Dankworth lives by on this release via MUKATSUKU which pulls a pair of previously released digital only productions from his 2017 100 Magnets EP which featured a slew of Dankworth’s beats. What we love about the above motto is that the samples and flips used for this double-sider are recognizable but not overly worn out on other productions yet still have very much life to be used in a very refreshing way as exhibited by the man himself. Heavy on the drums, vibing keys, melodic samples and a bounce is all that you need to make this a no brainer to add into your crate selections.