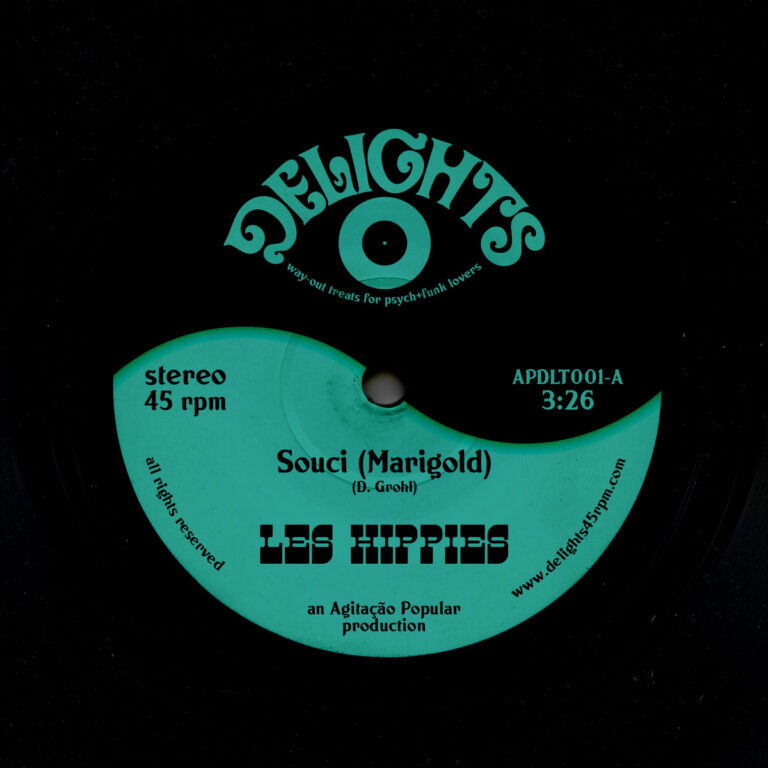 It’s kind of hard to believe that time is moving as quickly as it has been but when you’re constantly busy, time becomes a blur and life passes you by. Luckily for us most things are well documented so that we can go back to enjoy them which is the case with the upcoming reissue from the Delights label with their inaugural release from 10 years ago. Limited to 150 pieces, Delights takes it back to where it all began and brings things full circle.

“Les Hippies”, the nightclub from the cult French movie “Le Pacha”, starring Jean Gabin, is also the name of this sitar-beat project from Jerusalem. Produced by Markey Funk, the single follows the fine groovy tradition, started back in the late ’60s by artists such as Ananda Shankar, Lord Sitar and Serge Gainsbourg.

The A-side is a laid-back psychedelic pop take on a rare grunge ballad by Nirvana – “Marigold”, while the B-side is an original hypnotic upbeat tune – perfect for the peak of your freakout party.