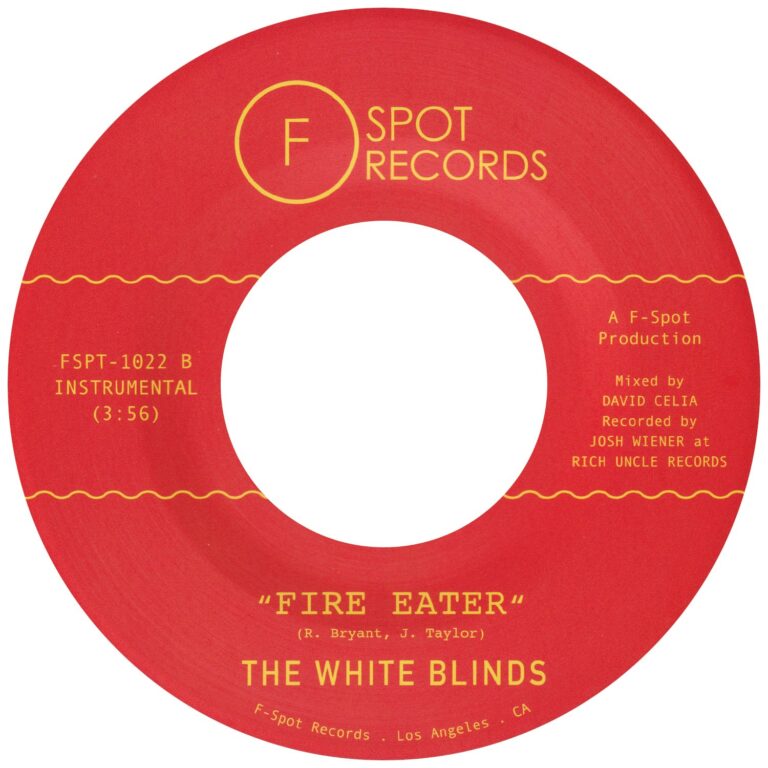 The White Blinds come through once again with something amazing for the ears and present their take on a pair of classics.

Pulling from the vault, The White Blinds bring their final installment in the 3-part Homage series, a trilogy of 45’s that include their take on a classic followed by an original composition all highlighting what they do best.

This 45 kicks off with the uptempo original “Shimmy Sham” on side A in which Michael Duffy, Matt Hornbeck, and Carey Frank don’t disappoint. A song that could be set to a B-Boy face off or a tune to start your Saturday night off with a bang, Shimmy Sham is a definite White Blinds classic from its beginning open drum break, heavy low end, and driving guitar.

Then side B launches into the homage Rusty Bryant classic, Fire Eater. Rolling the tempo back a notch, Duffy and Frank set the stage holding it down while Hornbeck picks up the melody with those swampy guitar undertones we all love. The tune is further set for Frank’s organ solo, which he blazes in classic White Blinds fashion, and just when you think it’s coming back to the head, we are dropped into an open drum solo with Michael Duffy fanning the flames to bring us all the way home.