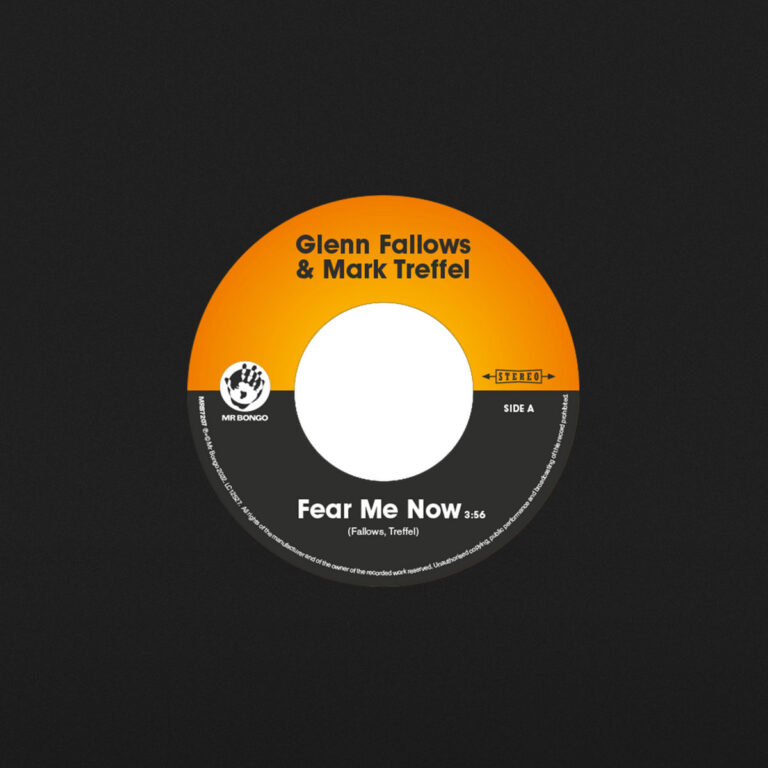 For the last 8 months or so we’ve been enjoying the amazing well done album The Globeflowers Masters Vol. 1 by Glenn Fallows & Mark Treffel which checks all of the right buttons of sounds that we really enjoy in the cinematic realm. Pulling inspiration from the great classic soundtrack and cinematic composers such as Axelrod, Morricone, Gainsbourg, Jean-Claude Vannier and Piero Umiliani, Fallows and Treffer have really carved out a niche’ of their own to stand alongside those names to bring something new to a future generation of music lovers and record collectors.

Having made waves with their debut album, the duo are set to release an upcoming 7″ single featuring two new non album cuts alongside a previously featured. The release features ‘Fear Me Now’ on the A-side and is paired on the B-side with two new tracks that channel the sound of library music giants such as Hawkshaw and Bennett.

‘All So Simple’ is a new track and see’s the artists bringing together elements of soundtracks and hip hop. Glenn stated “I’ve always really enjoyed what El Michels Affair do in bringing together the worlds of hip hop and more organic forms of music like jazz and dirty funk. I wanted to see whether I could push that idea further and combine (old) hip hop-influenced drums and bass and dirty guitar with a more traditional European soundtrack orchestration. We couldn’t resist adding some of Mark’s synth madness for an added layer of mystery and juxtaposition.”

‘Slurred and Blurred’ is the musical representation of eating a marshmallow laced with vodka. Mark described the unusual way this track came together “I’d asked my session drummer friend John Maiden to play on the second album. He had his drums setup at Angel Studios in London, which was the old DeWolfe library music label. In the process of trying to find a nice vintage drum sound he’d sent me around 3 minutes of drumming. It sounded great and I knew we had our sound, but I started playing some rhodes along with the drums, and it was sounding pretty funky but in a really laid back slightly drunk sort of way. I programmed an equally squishy patch on my Moog, and we were deep in post club slurry funk! Glenn then added superbly laid-back bass and guitars. It definitely has some KPM synth funk influences.”