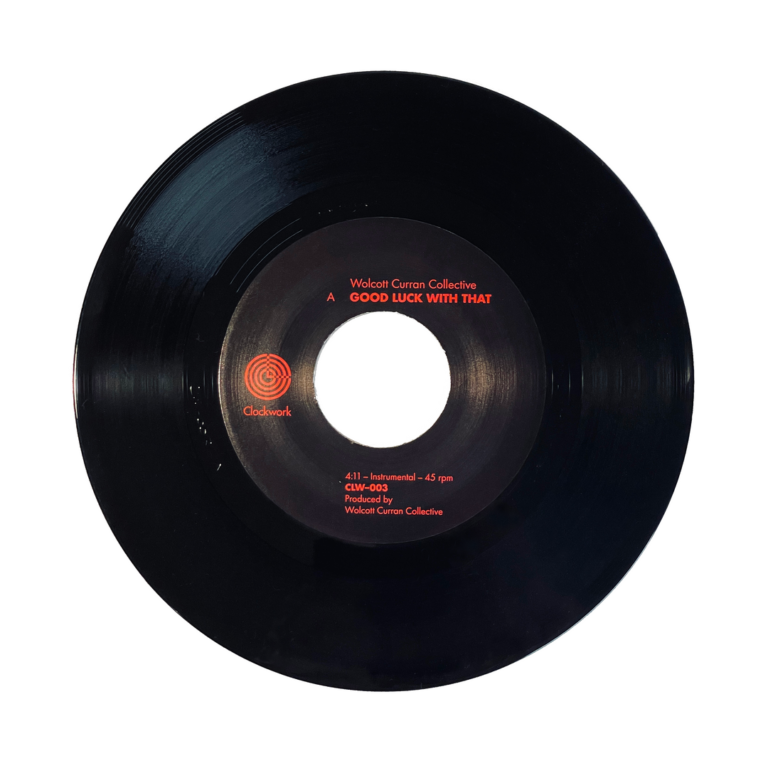 Wax Thematic has really hit a homerun with their upcoming 7″ release by Wolcott Curran Collective that’s fortified with funk and definitely a crate essential. “Good Luck With That” b/w “Devil In The Details” is a sure shot pairing that makes up a perfect releases that is sure to catch heavy spins by the most notable of DJ’s worldwide.

Since discovering multi-instrumentalist Andy Sells’ Select Level creation of Punk Funk and Post Disco, as well as the Deep Funk maven that is Joel Ricci aka Lucky Brown, we’ve known there simply must be something in the water in Everett, Washington. Yet again, another discovery from the town we’ve come to note as having that “E-Town Magic”, we’re proud to offer up the sole vinyl release of the Wolcott Curran Collective.