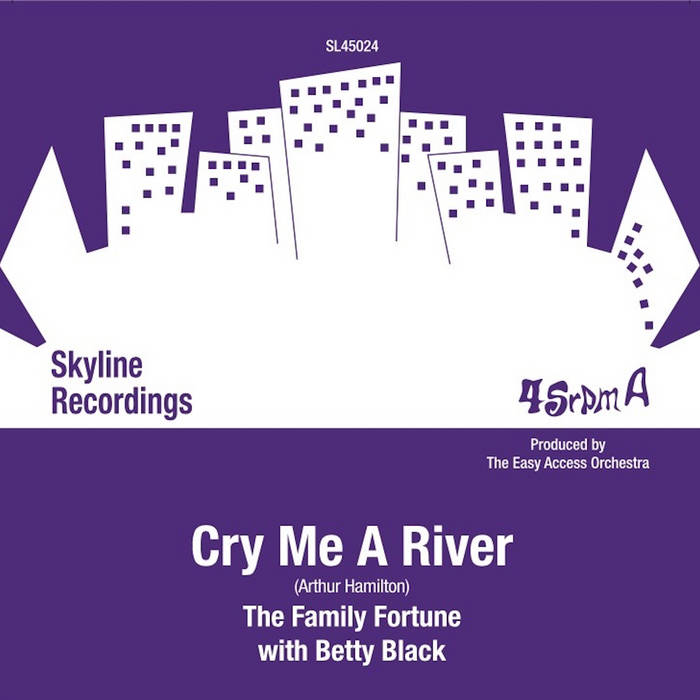 Betty Black ft. The Family Fortune – Cry Me A River

It’s been quite sometime since we’ve been hit in the head with this type of funk that’s extremely classy but hard hitting and soul stomping like the latest from Betty Black featuring The Family Fortune on “Cry Me A River”. As stated in the quote from Frankie and Malachi, this is James Bond meets Shirley Bassey and we could totally see this being an opening of an Ian Fleming production in both the 60’s era of Sean Connery as well as modern day.  Betty Black has a voice on her that’ll knock you off your feet which is exactly what it did when she shouts “let me hear it now” which was followed by a wide open drum break that screams doubles are a must.

“This is a massive ‘goose-bump’ one; there’s no apology in the version that Betty Black Feat The Family Fortune brings. Black does something intrinsically unique in this phenonmenal version, pulled together by the brilliant Andy Ross and Ralph Lamb (Herbaliser/ The family Fortune) bringing cinematic horns – think James Bond meets Shirley Bassey in a fabulous Brit Funk sitch. This is a classic.” – Frankie & Malachi