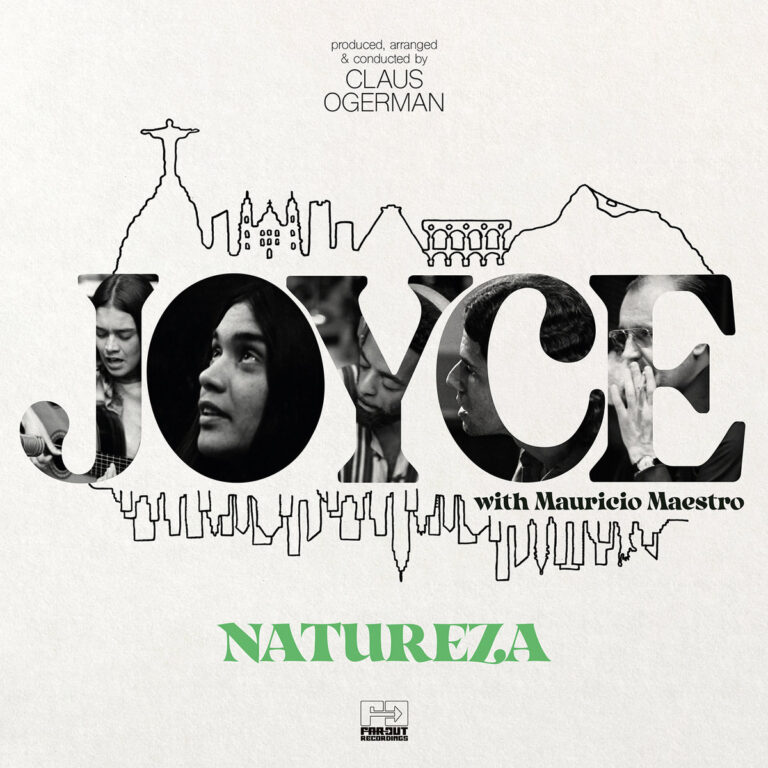 Not long after the dawn of her career, as a teenager in Rio de Janeiro, Joyce was declared “one of the greatest singers” by Antonio Carlos Jobim. Yet despite reputable accolades and the fact that she has since recorded over thirty acclaimed albums, Joyce never quite achieved the international recognition of the likes of Jobim, João Gilberto and Sergio Mendes, all of whom became global stars after releasing with major labels in the US.

There was a moment when it seemed Joyce might be on the cusp of an international breakthrough. While living in New York, Joyce was approached by the great German producer Claus Ogerman. Ogerman had already played a pivotal role in the development and popularisation of Brazilian music in the 1960s, recording with some of the all-time greats like Jobim and João Gilberto, as well as North American idols like Frank Sinatra, Billie Holiday and Bill Evans.

“I met him in New York City, in 1977”, recalls Joyce. “I was living and playing there, and João Palma, Brazilian drummer who used to play with Jobim, introduced me to Claus. We had an audition, he liked what we were doing and decided to produce an album with us.”

Featuring fellow Brazilian musicians Mauricio Maestro (who wrote/co-wrote four of the songs), Nana Vasconcelos and Tutty Moreno, and some of the most in-demand stateside players including Michael Brecker, Joe Farrell and Buster Williams, the recordings for Natureza took place at Columbia Studios and Ogerman produced the album, provided the arrangements and conducted the orchestra.

Featuring fellow Brazilian musicians Mauricio Maestro (who wrote/co-wrote four of the songs), Nana Vasconcelos and Tutty Moreno, and some of the most in-demand stateside players including Michael Brecker, Joe Farrell and Buster Williams, the recordings for Natureza took place at Columbia Studios and Ogerman produced the album, provided the arrangements and conducted the orchestra.

But mysteriously, Natureza was never released, and what should have been Joyce’s big moment never happened. As Joyce remembers, “I returned home, but Claus and I remained in contact, by letters and phone calls. He was very enthusiastic about the album and tried to hook me up with Michael Franks. He wanted me to go back to NYC in order to re-record the vocals in English with new lyrics, which I actually wasn’t too happy about. But then I got pregnant with my third child and could not leave Brazil. And little by little our contact became rare, until I lost track of him completely. And that was it. I never heard from him again.”

A few years after the success of her albums Feminina and Agua E Luz in Brazil, Joyce’s music began to find its way to the UK, Europe and Japan, and “Feminina” and “Aldeia de Ogum” became classics on the underground jazz-dance scenes of the mid to late-eighties and early-nineties.

Forty-five years since it was recorded, Natureza finally sees the light of day, as Joyce intended: with her own Portuguese lyrics and vocals. Featuring the fabled 11-minute version of ‘Feminina’, as well as the never before heard ‘Coração Sonhador’ composed and performed by Mauricio Maestro, Natureza’s release is a landmark in Brazilian music history and represents a triumphant, if overdue victory for Joyce as an outspoken female artist who has consistently refused to bow to patriarchal pressure.