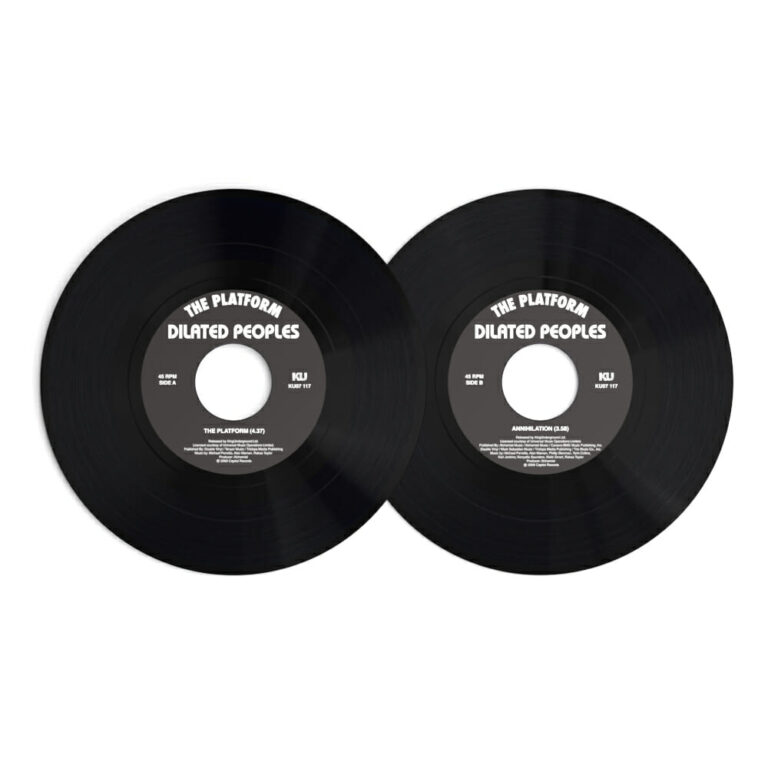 There’s no denying that when the Beat Junkies own DJ Babu, Evidence and Rakaa Iriscience aka Dilated Peoples jumped up on the scene they not only defined a new chapter of L.A. Hip Hop, but a global one as well with their singles and eventually their debut album, The Platform. Mainstream Hip Hop and specifically the greater Los Angeles area radio during those years was inundated with West Coast Gangster Rap. Dilated Peoples offered a different look for the genre, steering away from celebrating gun violence and misogyny. Stepping into the light with notes of positivity, boosting one another up, thought-out observations about social issues, and catharsis. All of the sudden a snippet of scratch culture and passionate rhymesayers entered the rap radio world.

In addition the the album, Capital Records also released a small number of Jukebox 45’s which featured “The Platform” b/w “Annihilation” which has since become a sought after item for collectors. With few on the secondary market, KingUnderground found it essential to bring it to reissue status some 20+ years later which will surely delight fans.