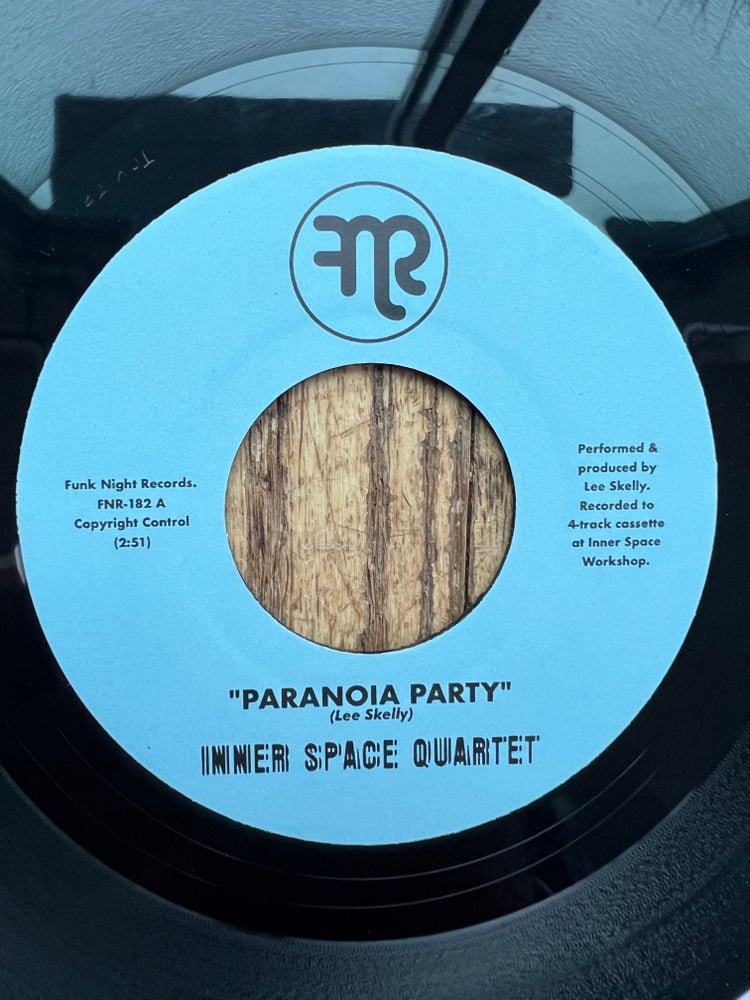 Strap yourself in tight as we gear up for the final countdown in T-minus 10 seconds of the new intergalactic double-sider by Inner Space Quartet blasting off live from space station Funk Night. The sounds are psychedelic, they’re space age and a cinematic trip to the stars light years away where unknown sounds collide like a comet falling from the skys.

“Paranoia” b/w “Delay” could very well be the soundtrack to your favorite Gerry Anderson Sci-Fi television series like Space 1999 as a library themed backdrop to a full episode of action and adventure. “Paranoia” opens up with a dark drum break before giving way to a distorted bass line and sound effects with a driving rhythm that glides across the cosmos.

The B-side features “Delay”, an uptempo psychedelic tune that could be heard played live at the international space discoteque frequented by moon babes in Go Go boots who perform on floating stars for space travelers docking at the station for a little rest and relaxation. Both songs were performed and produced by Lee Skelly and recorded direct to 4-track cassette.