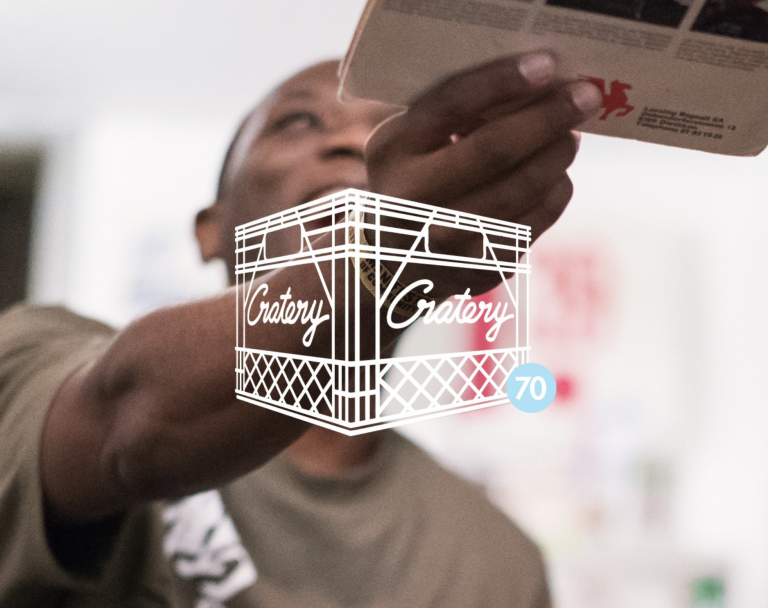 On his beginnings as a DJ:

The first time I had actually seen two turntables and a mixer up close was in 1981 at the age of 11. I had just moved to the neighbourhood and I started hanging out with cats that I was going to school with who had older brothers with turntables. We would go to their house after school and I would watch them for a bit and then started trying it myself. This was in the early stages, it’s not like now where the turntable is more popular than a guitar. Although it was very slow and archaic, I thought they were fresh because they were mixing and rocking doubles of breaks. Christmas the following year came around and I got my first turntable and a mixer. I was already buying a few records at that time, stuff like Kool Kyle The Starchild, Treacherous 3 “Body Rock”, Grandmaster Flash & The Furious 5 “Super Rappin No. 2” and other stuff. But the gold standard for me back then was OCTOPUS BREAKS. I started getting copies right around the ’82 mark and remember paying $2.99, which around that time was the standard price for a 12”. I would save my lunch money for a few weeks and then go out to buy records on Saturday afternoon from places like Gola Electronics, Funk-O-Mart and Sound of Market. Then I started buying the OG’s like Big Beat and Mardi Gras. I think the first real OG break I ever bought was Mardi Gras.

DJ Groove is my OG. He was like the Bambaataa of Philly. He was the dude I wanted to be like. Most people were rocking popular disco records that might have had a break in it, but he was rocking that other shit. He knew records like (Esther Williams’) Last Night changed it all and Jeanette ‘Lady’ Day (Come let me love you). For years, people used to refer to “Last night” (changed it all) as the “telephone break”, but DJ Groove, he had that shit, he knew what it was! That was instant respect. Groove was signed to Word Up records, which is owned by Dana Goodman (Brother to Lawrence Goodman of Pop-Art records fame). He was Will Smith’s second DJ. Him and Will had a group called the Hypnotic 3. Prince Will Rock was his name then, this pre-dates the happy go lucky comedy Fresh Prince era. DJ Groove actually had a lot to do with that first album but doesn’t get credited for it. And also did stuff for a few other people that he doesn’t get credit for either but we’ll save those stories for when we come to Canada and rock a party together. Aside from his DJ skills he was nasty with making beats. He had every drum machine when they were new and was one of the very first people in Philly to have the original Emu SP12 which he later gave to me in 1989.

On the real story of Jazzy Jeff and the Fresh Prince:

This dude named Lorenzo Penn had a company called Fresh Jazz productions, which Jeff flipped for his production company “A Touch of Jazz”. He managed a series of Philly rap duos: Jeff and Will, Cash Money and Marvelous, DJ Groove and Lord Supreme. Lord Supreme was actually Will’s original DJ. Supreme and Groove were rivals at first, but then Lord Supreme started rhyming and they became a group. Lorenzo had a formula for putting these duos together: that’s how Jeff and Will became a group. The story you (the writer of this piece) heard – “Jeff asked Will to fill in for his MC at a house party” – I’ve never known that to be the scenario and they were from two different neighbourhoods. But make no mistake, they were a deadly combination that was pretty much unbeatable. Will Smith was like the Kool Moe Dee of Philly back then, early Kool Moe Dee. He was that thorough MC who had the punch lines, the lyrics and delivery. People know him from the Fresh Prince shit but I know him from an earlier point in his career and still have cassette tapes with basement recordings of him rocking mic.

Read the full interview at crater.com