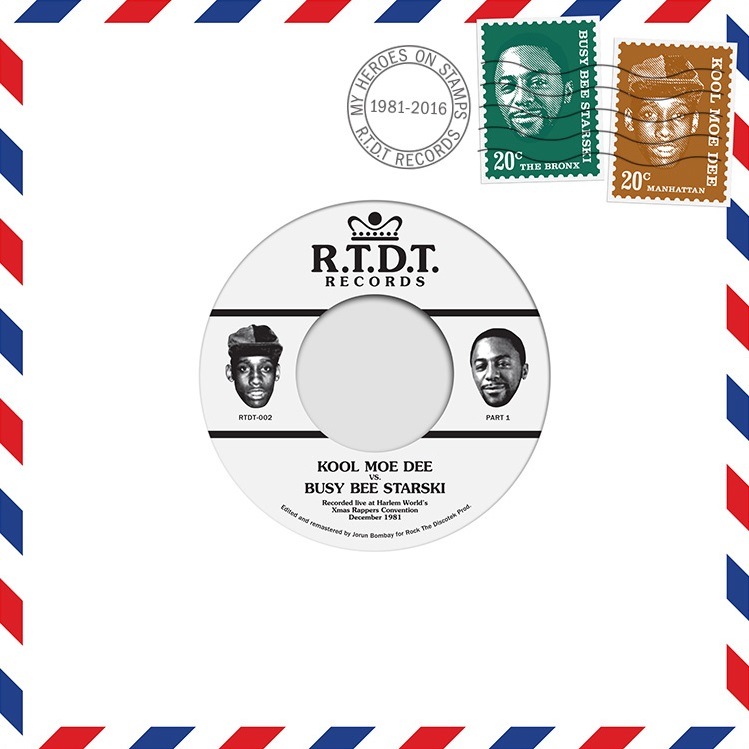 When it comes to Jorun Bombay and his slew of classic edits that have been previously released on 45, they have a way of coming and instantly going making them highly collectible and in demand on the secondary market. Sometimes you snooze and you lose but in this case we were right on time to score his latest edit of what very well might be the greatest MC battle of all time! Originally taken from classic New York City live show tapes that Jorun Bombay remastered and released on cassette titled “Rock The Discotek” he then decided to press one of the best and most historic parts in Hip Hop history to 45. The legendary Busy Bee Starski vs. Kool Moe Dee at Harlem World battle that still rings bells to this very day. If you’re not familiar with this battle then you need to get hipped because this is how it was done.

As we said, sometimes you snooze and lose and in this case, the 45 has SOLD OUT so if it’s a must have for you, then catch it on the secondary market.