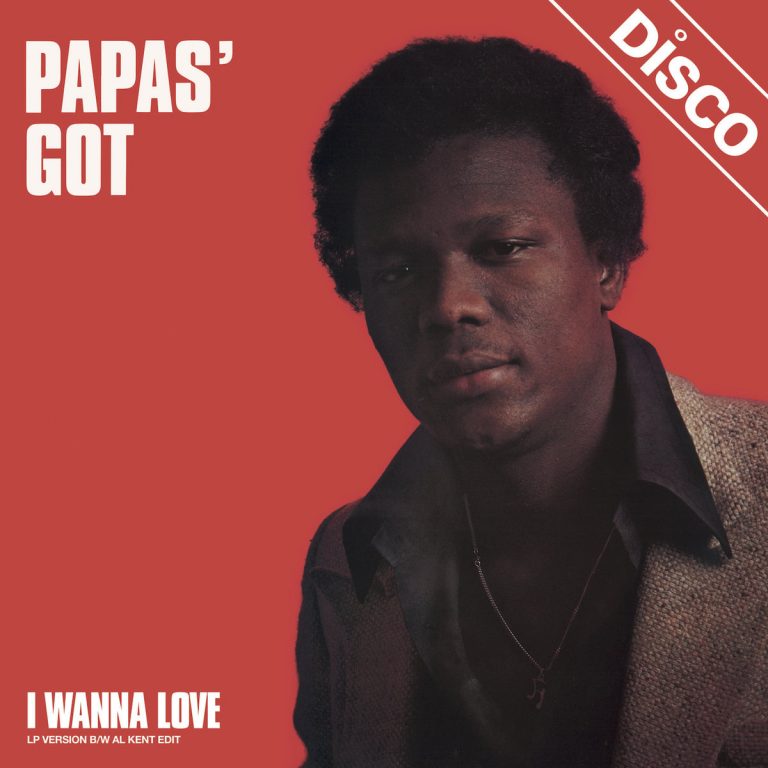 Rocafort Records has a solid track record of reissuing tough, hard to find and often times under the radar, need to be in the know 45’s that of varying genres but all funky enough to work on the dance floor.  Their latest release and first Disco 12″ for the label which I had the pleasure of hearing the test press being spun in the middle of a packed club in Barcelona really hit hard in the sound system.  Papas’ Got – “I Wanna Love” (LP version) b/w an Al Kent edit is a bouncing Euro Disco cut stretching past the 5 minute mark but sounds so good for the duration.

Growing up in Jamaica, young Rowland Abrahams loved dancing to James Brown so much that he earnt himself the nickname ‘Papas’ Got’. He later moved to Paris and in 1979 more or less single-handedly recorded the ‘I Wanna Love’ LP on the RGR label. Admittedly not an album with a heavy yield, the only pearl being the title track which Rocafort Records are releasing as a 12” with an exclusive Al Kent edit on the B side.

No rocket science involved here, just pure killer afro-disco-funk groove from start to finish. There’s a naive simplicity that underpins what the track’s all about: urgent funky guitar riffs, thumping drums and a strong hint of late 70s euro-disco fueled by the slightly unintelligible lyrics delivered with a Frenchie patois twist. Judging by the cheap album cover and grammatical whoopsie with the apostrophe in the name, the LP was made hurriedly on a shoestring budget at a time when African and Antillean musicians were eager to merge their influences with the commercially viable sound of funk and disco. Fresh, charmingly unpretentious, this wee rough gem of a floorfiller rises and drops in all the right places.

The Al Kent edit gives it the spit and polish treatment, emphasising the disco element and adding some bling bling echoey sound effects, but thankfully preserves the disarming simplicity of the groove.

Available for pre-order via https://rocafortrecords.bandcamp.com