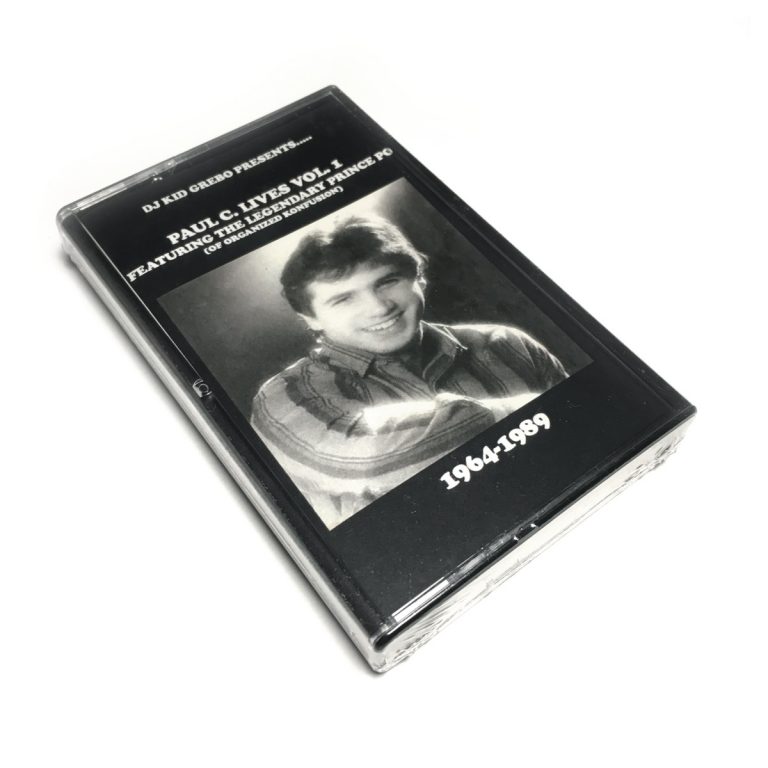 Ok, let’s get right to it! The “your favorite producer” of all time question is always a touchy one with 8 out of 10 people going for the usual suspects who may very well have hits under their belt mixed with fascination, over romanticizing of what the 90s were plus nostalgia. But lets face it, those who continue to name the same producers as the best, yet leave out others, obviously weren’t around prior to that mid 90s era or flat out don’t know producer history. One name that rarely get’s mentioned by the cliché’ type, yet gets the thumbs up from those who know is the legendary Paul C. (Mckasty) Paul’s output of production was rock solid and dropped gems for the likes of Main Source, Super Lover C & Casanova Rud, Eric B & Rakim Biz Markie, Ultramagnetic MC’s, Organized Konfusion, and Queen Latifah to name a few. Understand the trail, Paul C = Organized Konfusion, Main Source, he was a mentor to Large Professor (listen to the similarities and influence in production) O.C. and others.

With the tons of tribute mixes dedicated to a variety of producers out there, someone finally decided to dedicate a mix to the legend, Paul C. DJ Kid Grebo Presents… Paul C. Lives vol. 1 is a 24 track cassette mixtape hosted by Prince Po of another often left out of the conversation, Organized Konfusion and is filled with Paul C classics to show you exactly how this man got down. Paul was way ahead of his time and anyone who knows production and the history would agree 110%.

Ask those producers that you list in your top 5 about Paul C and see what they have to say about the man. Sadly Paul C was murdered in 1989 which cut his career way to short and his past works is all we have to remember him by. Shout outs to Strictly Cassette for hipping us to this gem.

This limited edition cassette is available now via http://strictlycassette.bigcartel.com