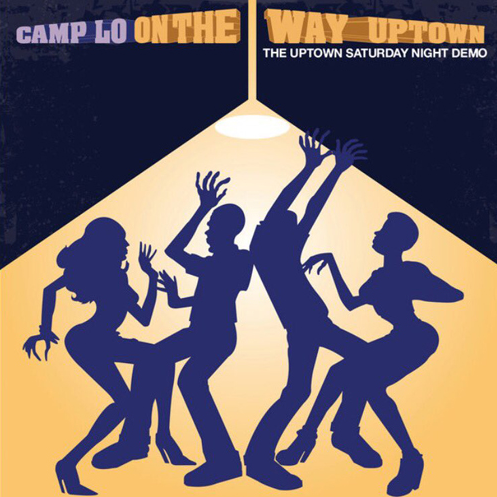 Camp Lo – On The Way Uptown

As a music lover who considers certain artists and their albums some of my favorites, I’m always interested in hearing what got left on the cutting room floor during the demo / pre album recording period but never made it to the pressing plant. It often takes for an artist to pass away before some greedy record exec gets the bright idea to release and so called “lost” tracks in a fancy package when they were simply not good enough and locked in the vaults.  Camp Lo is without a doubt one of my favorite duo’s who always come correct with the ill concepts, swervy lingo and on point delivery. Knowing that there’s always a starting point, I’ve often wondered what else was out there which up until now, nothing has really serviced.  20 years later, their debut album Uptown Saturday Night still gets plenty of listens and now we have a nice companion LP of  alternate demo cuts and unreleased songs that never made it to their official freshman drop. On The Way Uptown: The Uptown Saturday Night Demo is the new LP which features a collection of 17 would’ve and could’ve cuts from Sonny Cheeba and Geechie Suede over Ski Beatz production and serves as a reintroduction to the group and what they sounded like in 1994 / 95 before their deal with Profile Records.

Not officially dropping on vinyl until May, but available for stream over at Spotify and iTunes now.