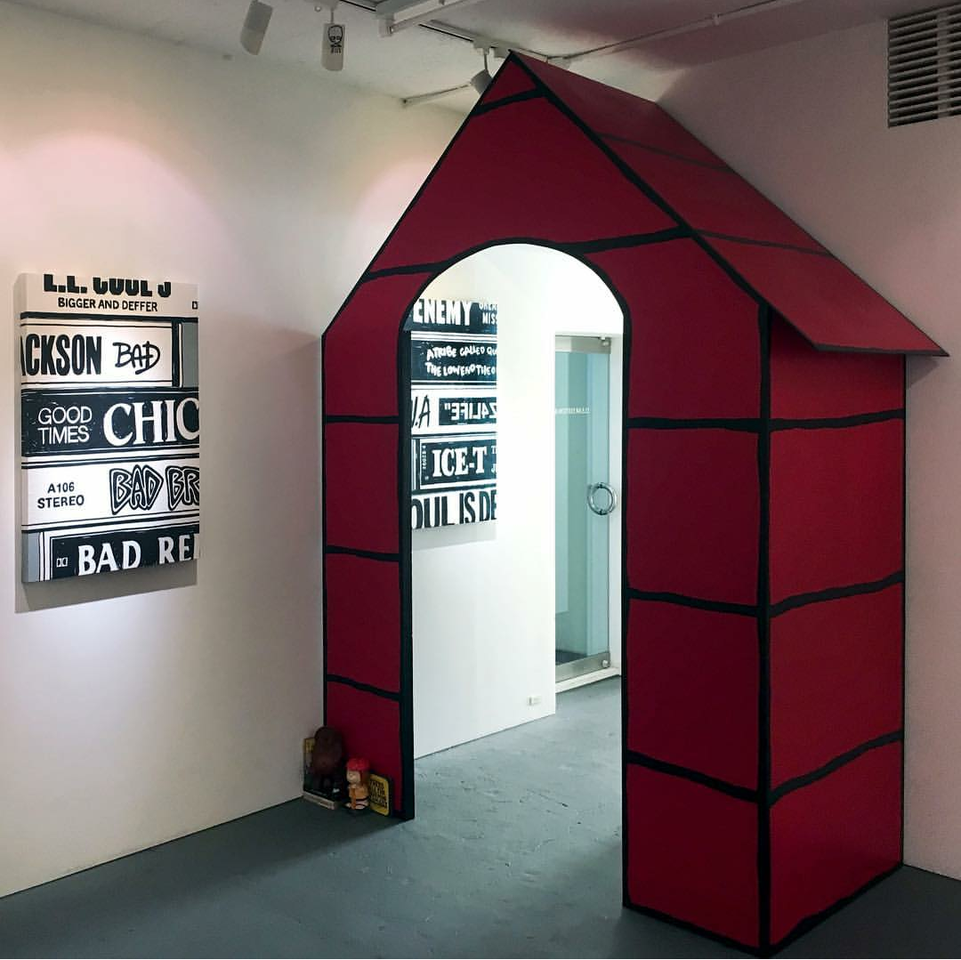 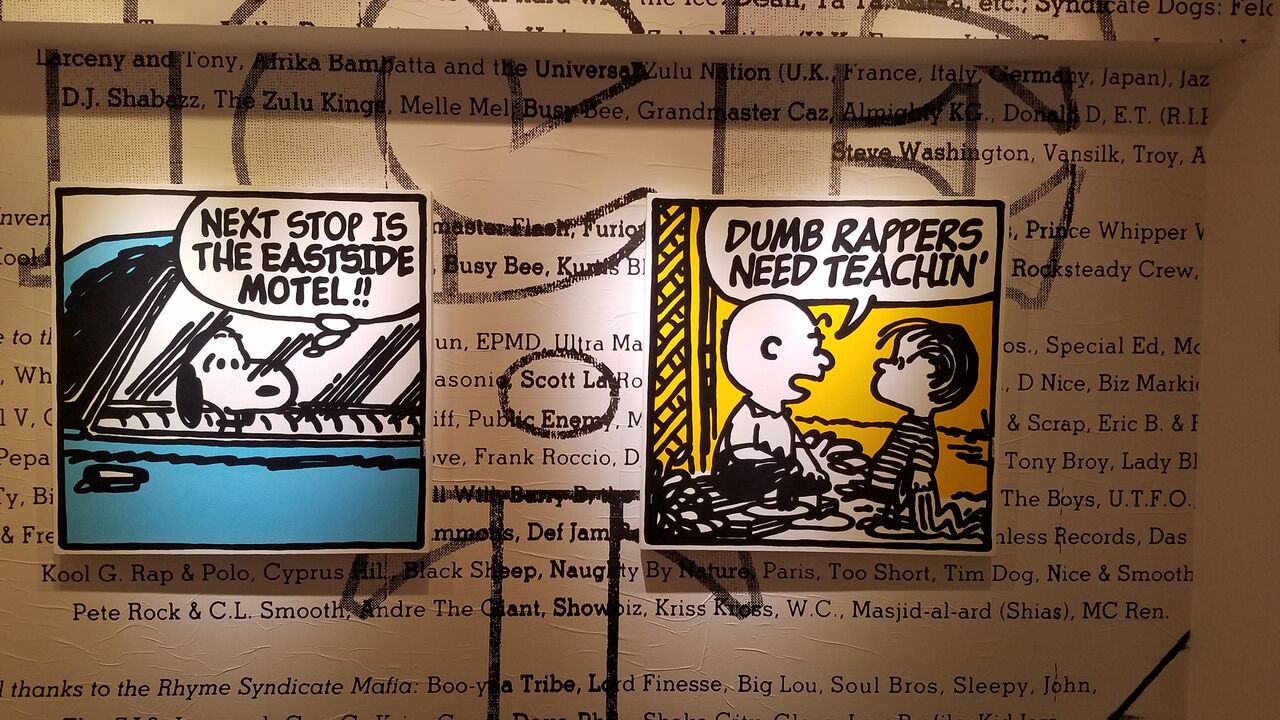 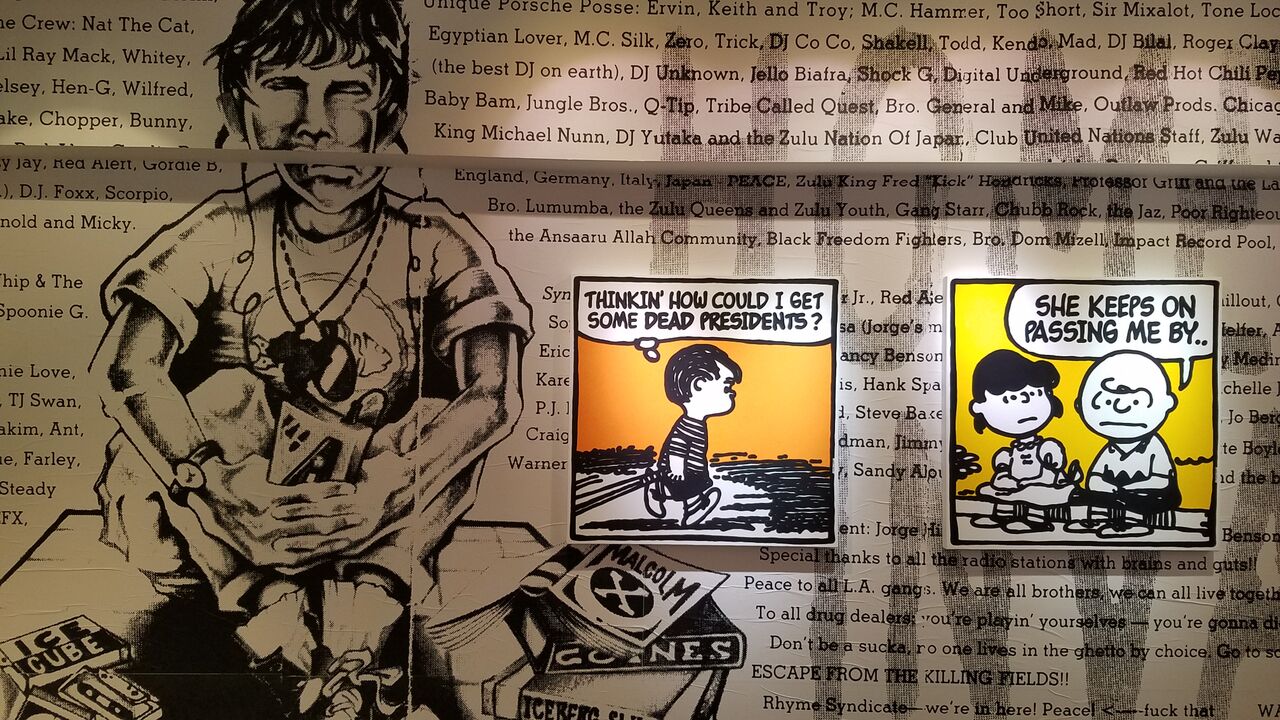 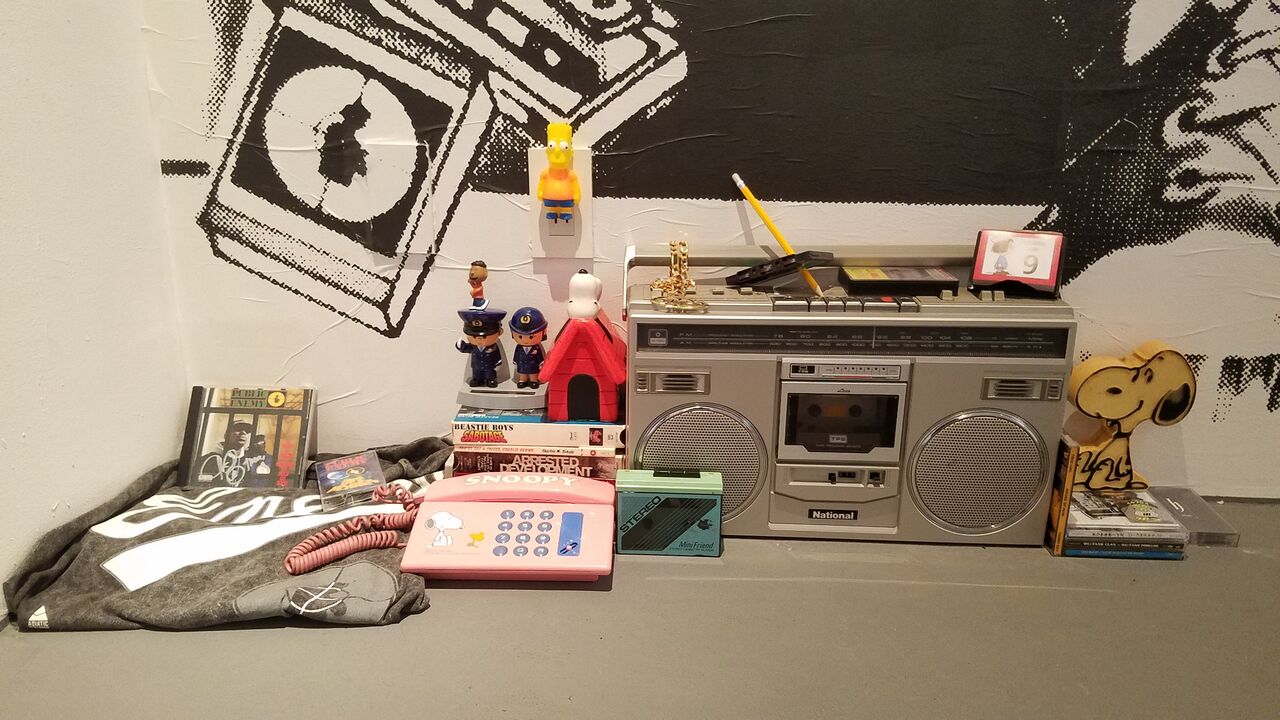 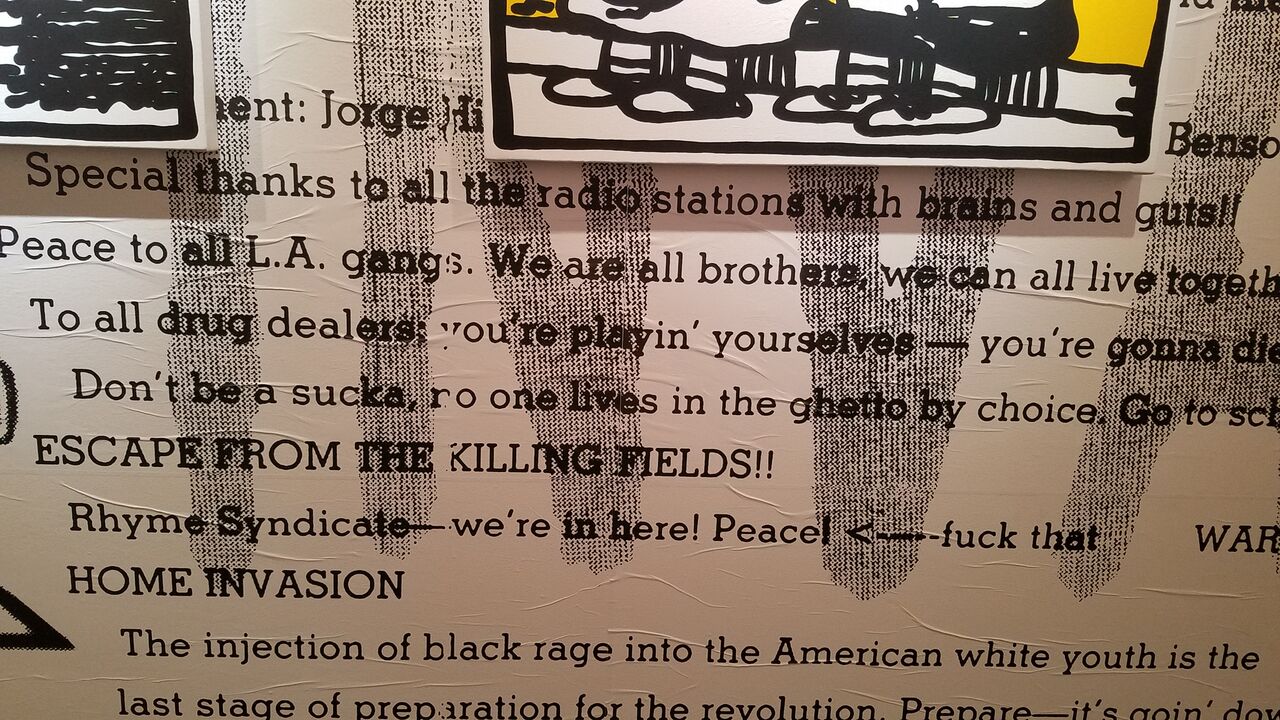 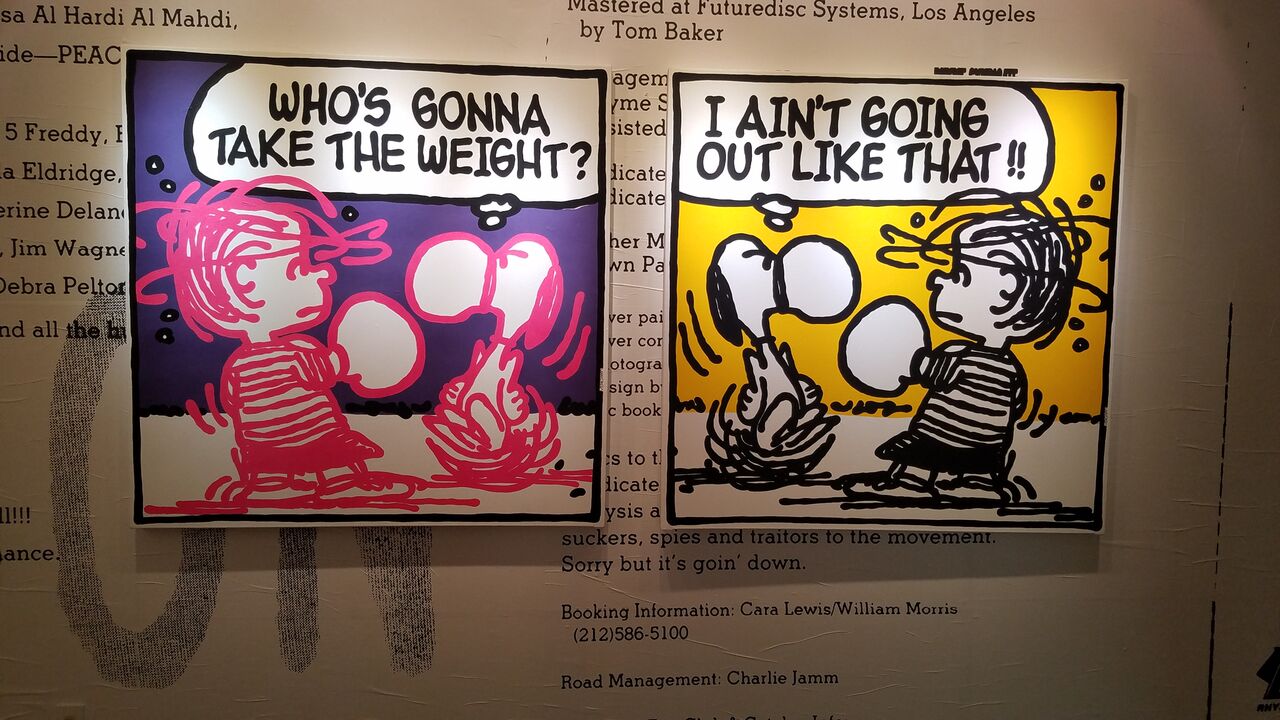 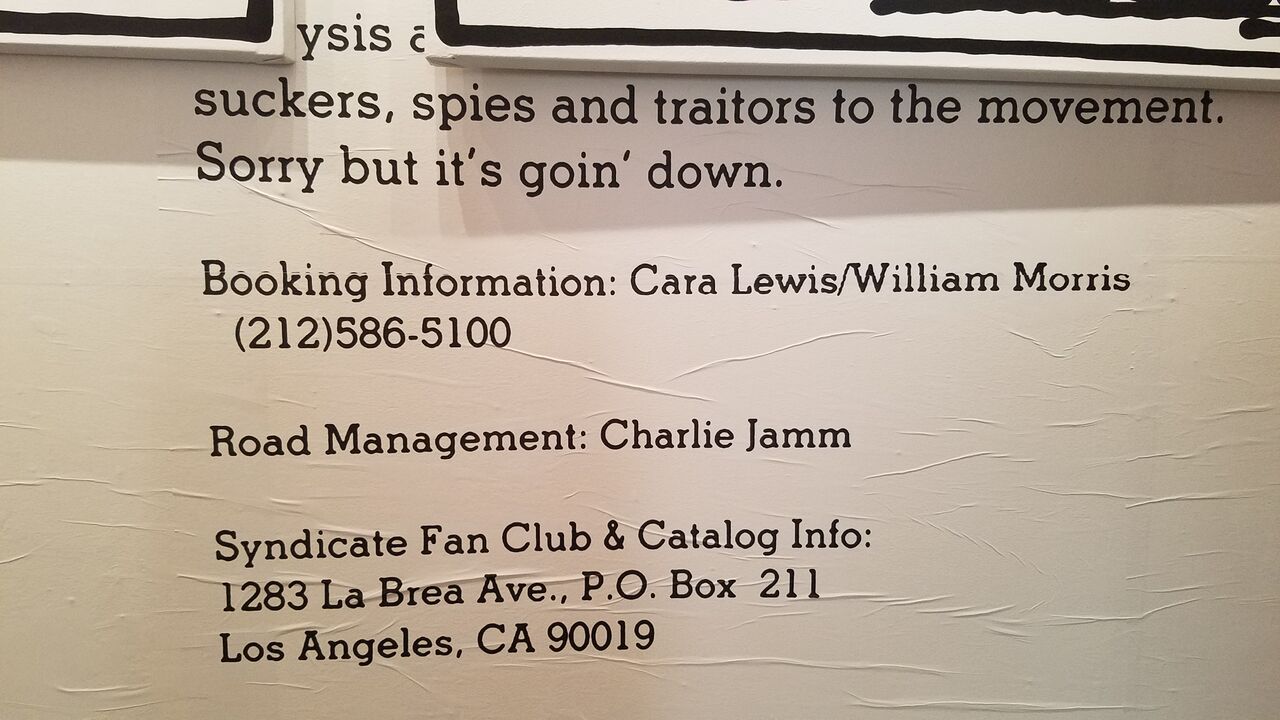 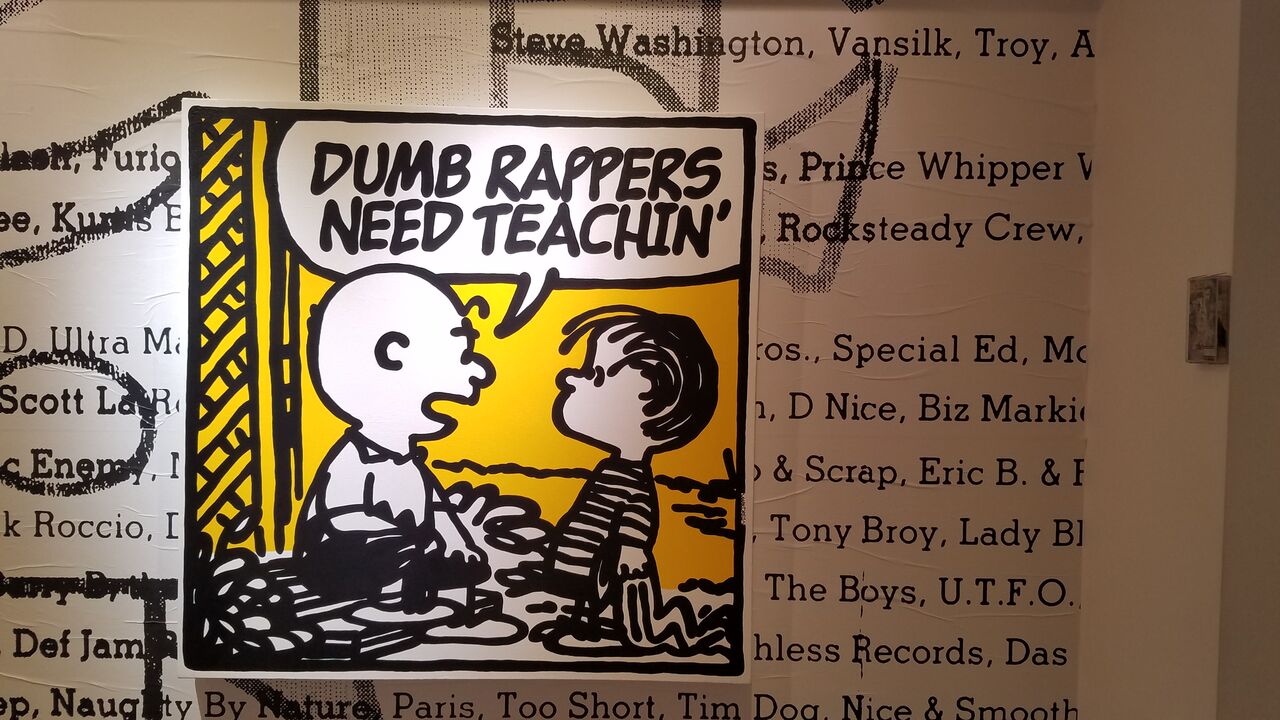 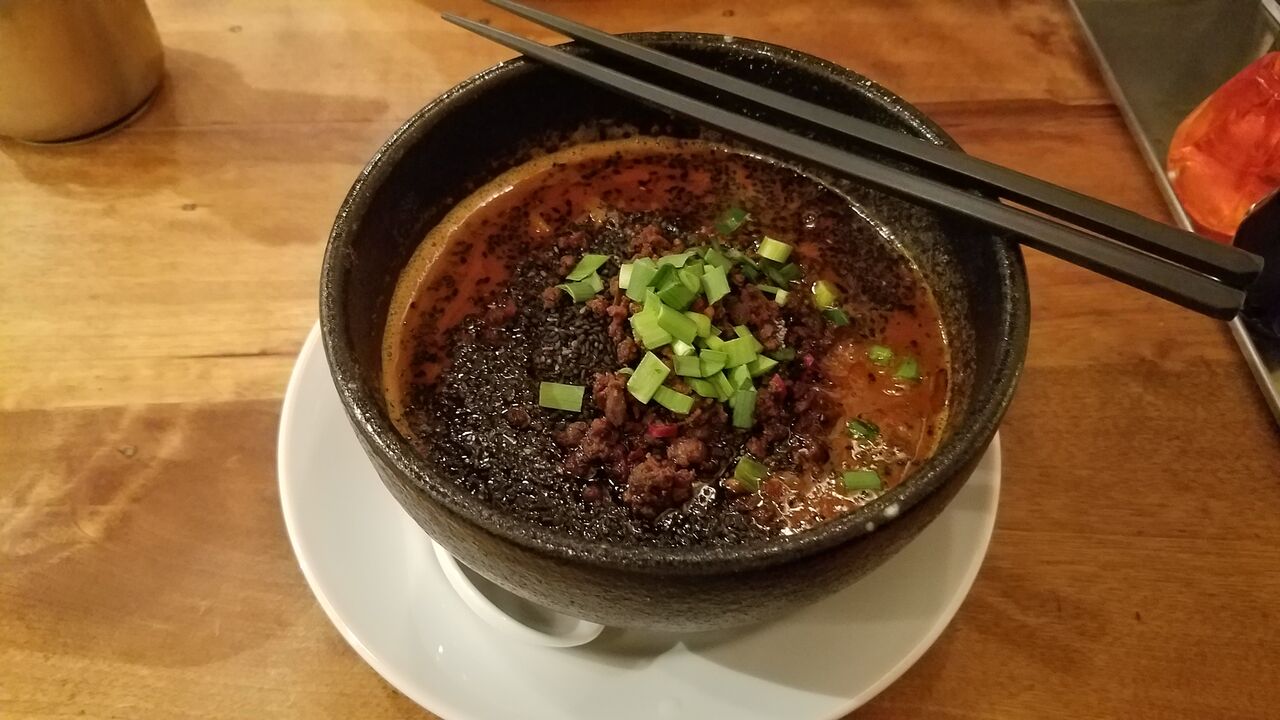 This past Sunday I finally got to catch up with my brother and artist Mark Drew, famous for his 90’s Hip Hop takes on classic Peanuts characters while at the Speakeasy party in Tokyo’s Aikihabra section of town that I was spinning. I let him know that I would be swinging through to check out his exhibition on Tuesday so he told me to give him a shout on the time and he’ll give me the first hand tour and afterwards grab a bowl of black sesame ramen from what seems to be the only restaurant that serves it.

During the tour of the gallery, he explained each piece in detail and filled me in on the underlying tones of which each signifies. Hip Hop quotables yes, but often times those meanings go deeper and more personal to reflect certain points in his life.  Addition to the paintings, there are also other bits of collectibles set up to coincide with the art which also has a connection but sort of a mystery attached so that you have to read between the lines in knowing whats going on.

Tying everything together was going all out with the giant wheat paste background which was printed from an Ice T cassette insert and blown up to cover the entire space. The insert was a who’s who of shout outs of everyone under the sun in Hip Hop during that time and including a few non Hip Hop ones too including Mike Tyson and Henry Rollins.

There’s still a little time left if you’re interested in checking out the exhibition so I suggest you head over before the closing on May 20th.