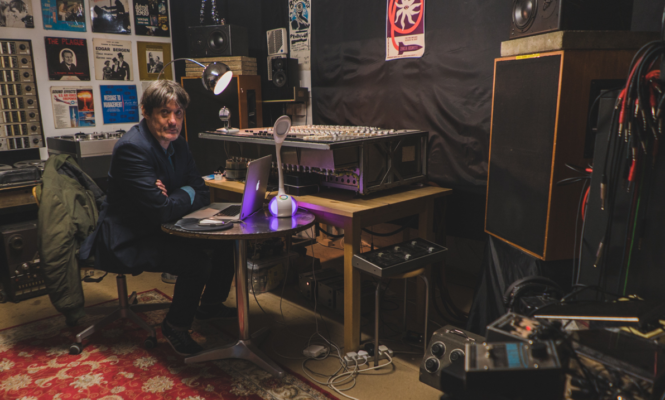 Inside The Studio With Malcolm Catto and The Heliocentrics

New video from the guys over at Vinyl Factory as they take a step inside of musical mastermind, Malcolm Catto of The Heliocentrics’ fully analog studio. I love seeing videos and hearing stories from the likes of guys like Malcolm, Adrian Younge and others when discussing their gear because they know what they have and why they have it.  They’re all attracted to a certain sound and era and to get that sound, your studio needs to be properly outfitted so they do whats necessary to obtain pieces of the puzzle to keep that sound in existence.

“From his time as a professional digger for Jazzman records to making music with DJ Shadow, Malcolm Catto has honed his sound around the production techniques of early funk, soul and psych records.

And as drummer behind Sun Ra-inspired ensemble The Heliocentrics, he’s worked with global music greats like Mulatu Astatke, Lloyd Miller and Orlando Julius, sculpting their iconic repertoires into new forms on a string of acclaimed albums.”