It seems for the second time (out of 3) in history, that the world was watching as Orenthal James “O.J.” Simpson sat in a courtroom as his fate was determined on how he would spend the rest of his life. In my opinion it seems like more of a deal was being made about if he would or would not get paroled that multiple television networks felt the need to air the court room happenings but hey, that’s the media for you.  Anyway, we at Nostalgia King decided to take a look back at the Juice’s better years during his career and when you could open up a comic book and see him in ads promoting sneakers by Spotbilt and boots by Dingo or running through a crowded airport in a rush to get his rental car at Hertz and of course, his acting career where he starred in Hollywood films and made for TV movies including Killer Force, Capricorn 1, Detour To Terror, The Klansman and The Cassandra Crossing just to name a few.

Regardless of the headlines that O.J. has made in the last 20 years, the 1968 Heisman Trophy winner had a lengthy career in the NFL as a running back for 11 seasons with the Buffalo Bills from 1969 to 1977 then with the San Francisco 49ers from 1978 to 1979  and became the first NFL player to rush for more than 2,000 yards in a season. He holds the record for the single season yards-per-game average, which stands at 143.1. He is the only player to ever rush for over 2,000 yards in the 14-game regular season NFL format. 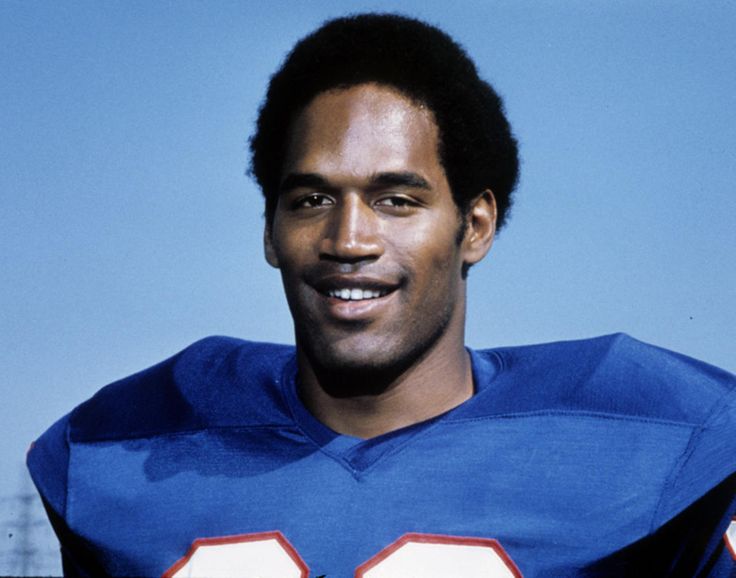 Before his football career ended, he appeared in a string of films, started his own production company, Orenthal Productions which mainly created made for TV movies like Goldie and The Boxer (1971) and Cocaine and Blue Eyes (1983) which was to become a detective TV show.

And who could forget his famous endorsement for Hertz Rent-A-Car seeing him running through the airport, jumping hurdles and picking up his car in lickity split time made most of us kids want to be running backs.

From guest appearances on Saturday Night Life to weekly sports commentator duties, the Juice had it all and in 1971 it was reported by New York magazine that he was wealthy enough to retire if he wanted to, and thats early in the sponsorship game.  Well regardless of his up’s and down’s, O.J. has been granted parole and we’re hoping that he stays on the straight path for the remainder of his life.