In 2017, there’s something special (and magical) about artists who still use “old fashioned” tools of the trade when creating works of art. There’s a very unique factor with the stroke of a pen hitting paper in a way that does not exist in a world of tablets where every mistake or smudge can be removed with no late trace. As a comic reader and collector since childhood, I’ve been drawn to art with some of my favorites being John Byrne, George Perez and Neal Adams, but have always loved the fantasy art aspect from probably the greatest of all time, Frank Frazetta. My first introduction to many of the fantasy art covers on the giant sized King Conan comics and Horror / Sci-Fi magazines came from my older cousin, who’s father would buy them after work to read then pass them to us after he was done.

Fantasy artists seems to be some what of a rarity here in Philly, but as of late, I’ve been finding more and more creatives in fields that I would mainly find on the West Coast and Europe in the way of both music and art which brings us to the interview at hand.  A few months back a local band here in Philly by the name of Grimace Federation released their LP “Auroville” which immediately caught my attention based on the cover art alone and after hearing what was inside, it completely knocked my socks off and went hand in hand with the art. After a little research, we found out that the artist was a guy by the name of Joe Martin who’s inspirations obviously come from an era that we’re fond of ourselves and quite possibly the best and most creative of all time.

After a little time studying some of Joe’s work, Nostalgia King contributor and always the man on the scene who’s hipped to and appreciates cool shit on all levels, Mike Béon jumped to the occasion to set up and interview the artist to find out his inspirations in the art world as well as musically.

Mike Beon: After perusing through your Instagram, I’ve seen your dope designs as well as your love of music. I have to ask who are some of your artistic influences? Are there any current artists that you find to be influential as well?

Joe Martin: Most of my early influences in art were artists like George Perez or early fantasy art that I would see in Dungeons and Dragons. As I got older, I got turned on to psychedelic artists and underground comics. Guys like Greg Irons, Stanley Mouse the whole Zap Comics and Filmore poster scene. Lately the French artist Moebius and Jeffrey Catherine Jones have been heavy influences. As far as artists that are still alive, the first one that comes to mind, as strange as it sounds is not an illustrative artist but a musical one, Madlib has been a huge influence on my art. So innovative and always makes me think in different ways about how to approach a new piece. And also shows that it’s ok to change up your style and express yourself in new ways. 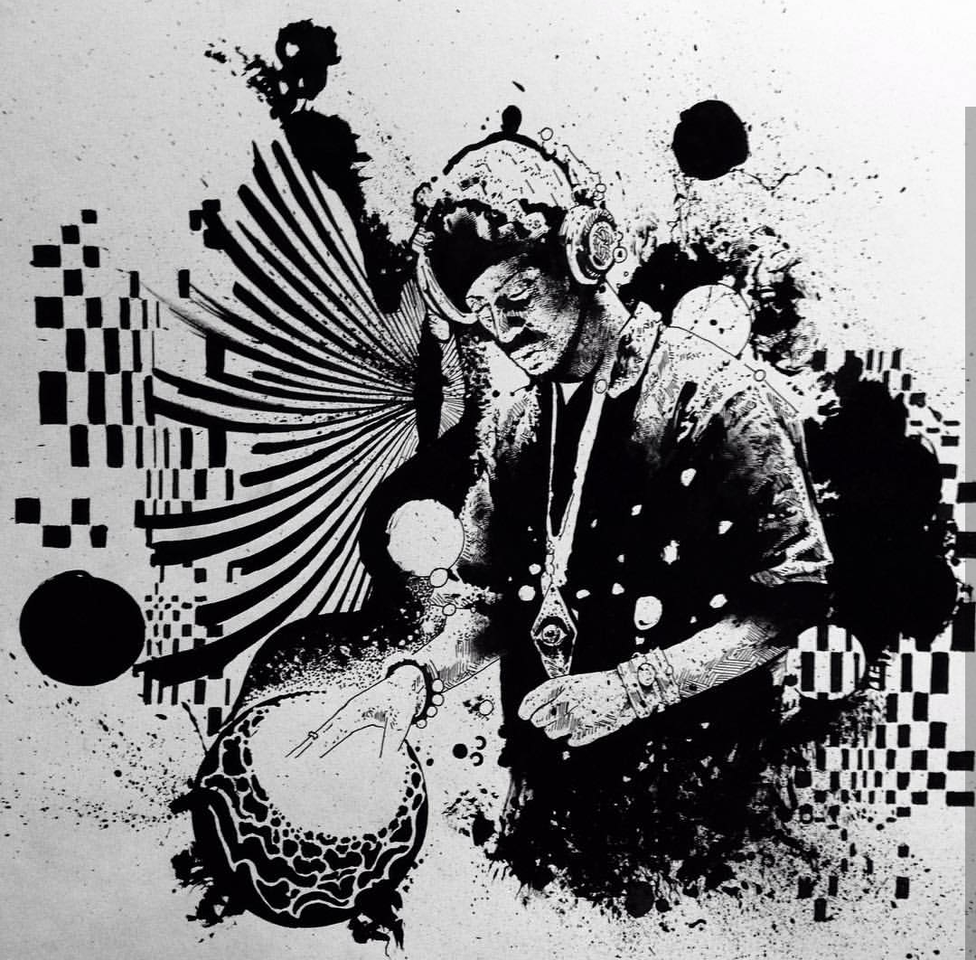 MB: How did you become a tattoo artist and how would you define your style?

JM: I first started off my tattooing apprenticeship in 2000 at a shop called Built to Last in York pa. I think I was drawn to it because first and foremost I loved getting tattooed and had always been drawn to images like skulls and dragons and all that stuff. As far as what my style is… man I don’t know. I like doing black and grey detailed work but also I really enjoy anytime a client leaves the shop happy. If I can do a nice clean tattoo that both the client and myself really dig, then that’s all I can really ask for. I’ve worked in primarily street shops where your style changes client to client. 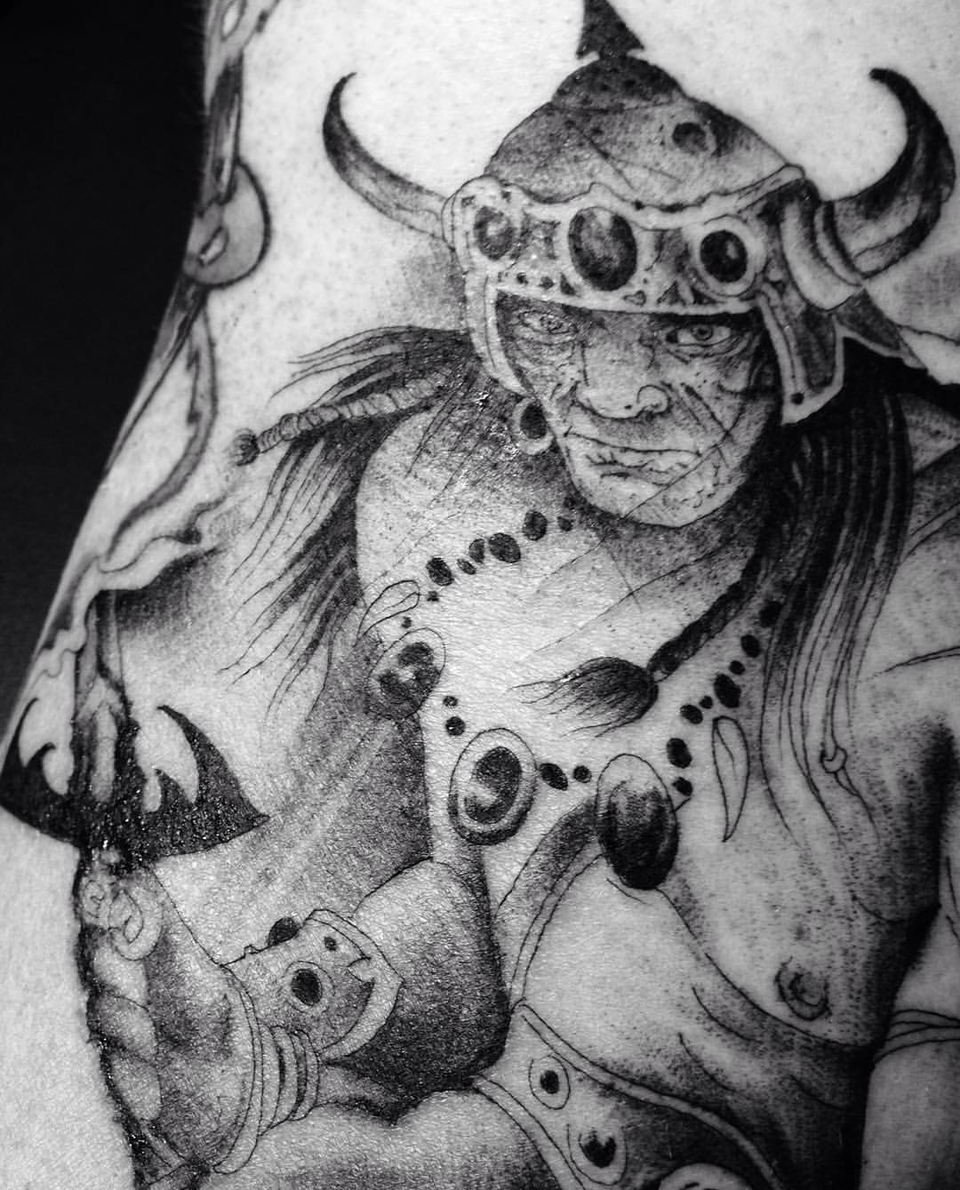 MB: What are five of your favorite albums that you currently own on vinyl?

MB: What’s your favorite era in terms of artistic output and why?

JM: My favorite era would have to be the late 60’s, early 70s. So much amazing work was being put out and the harder I dig into it, the more artists and musicians I find. I mean in the last few years I just got in to CTI, Kudo, Strata, among so much more (I know I’m a little late to the party) and when you start to look globally you see that there is amazing illustrations done in that time period all across the world. 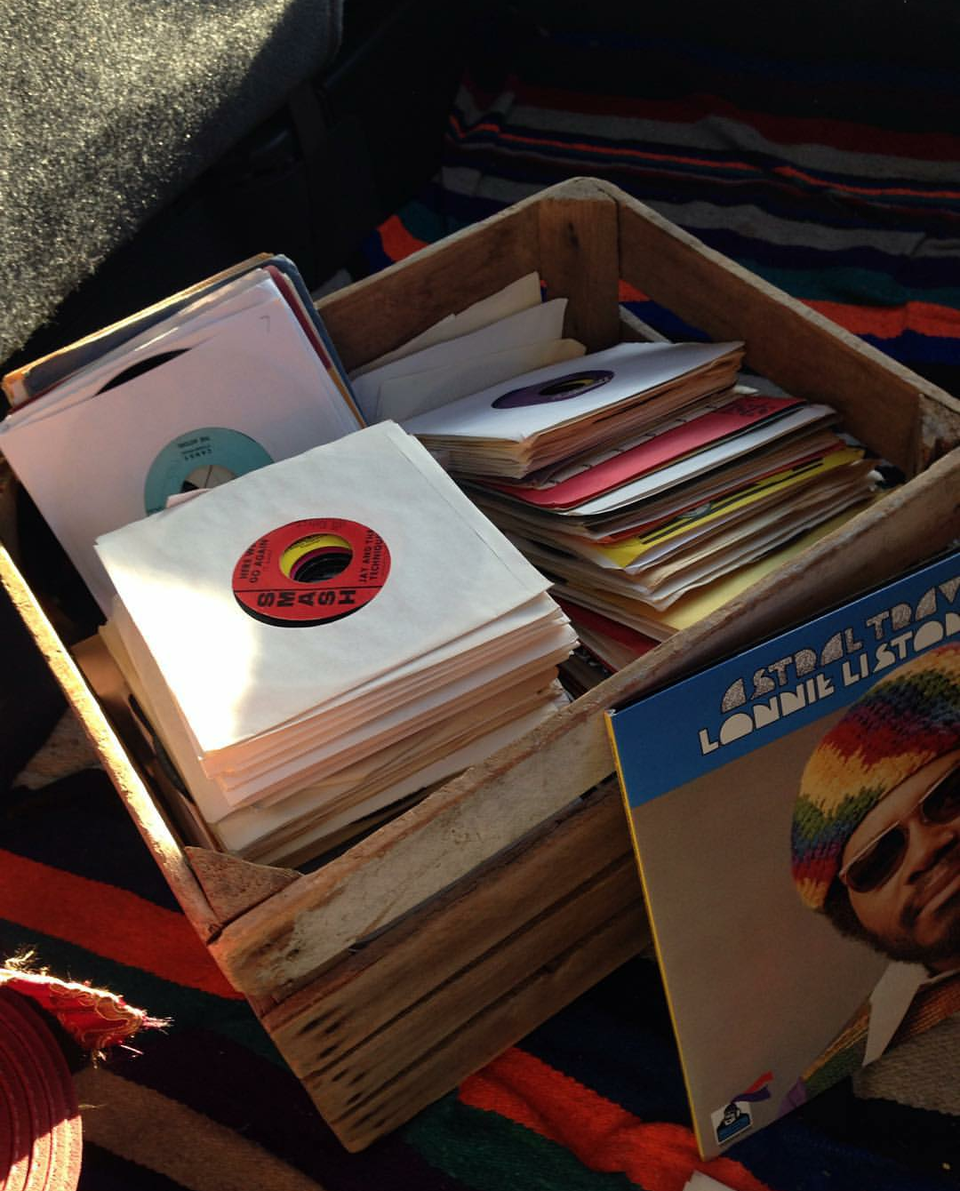 MB: When it’s all said and done, what would you like to be said about you and your artistic contributions?

JM: I hope that any artistic contributions that I have to give are a continuation of all of the amazing art that I love. I also hope to turn people on to my influences and keep the memory of these artists and musicians alive.

*Special thanks to Mike Béon for lending his interviewing and pen skills to Nostalgia King.