August 26 saw the opening of The Krofft Super Art Show at Hollywood’s LA-LA Land Gallery. Montreal born puppeteers Sid and Marty Krofft first conquered saturday mornings as art designers for Hanna Barbera’s Banana Splits Show on NBC before venturing into their own production house with H.R. Pufnstuf. Sid and Marty would go on to produce over twenty series most of which defined the often bizarre 70’s pop culture landscape with the Bugaloos, Lidsville, The Krofft Supershow, Far Out Space Nuts, The Land of The Lost ( a sci-fi entry and arguably their greatest creation), and Sigmund & the Sea Monsters, currently due for a re-boot on Amazon.

The oddball spirit of the “Me Decade” is on display throughout the show. Of all Krofft productions, HR Pufnstuf inspired the most pieces on display, including gallery owner Kii Arens’ “Saturday Morning Sunshine” a large scale mosaic of the titular character composed of Froot Loops. Pufnstuf villain Witchypoo gets a “grindhouse” poster treatment by Matthew Bone. Fuzzy Vision Records AKA Edgar Fernandez wowed with two dioramas in his art show debut. Steve Ellis’ LOST incorporates handwritten lyrics of Land of the Lost’s theme song with pieces of a vintage Whitman Jigsaw Puzzle licensed from the show. Director and puppeteer Allen Price who’s created clips for Aesop rock and Zion I presented Krofft inspired puppets Hester Beezley and the Junior Gems. Land of the Lost nightmare creature the Sleestak is represented in one of LA-LA Land Gallery’s signature Tijuana Black Velvet tributes, also available as a limited edition flocked print autographed by Sid and Marty.

Sid appeared at the show preview on Friday, August 25 and was joined by his brother the following night at the grand opening along with cast members from Amazon’s “Sigmund” and Comedy Central’s Roast Master Jeff Ross. Also on display was a touching slide show tribute pulled from Sid and Marty’s decades long career including rare photos and show flyers from their vaudeville days in Miami and Vegas. Topping off the festivities was a Witchypoo Cocktail crafted by Greenbar Distillery and H.R. PUFNPUF a special sativa blend provided by cannibis cultivators Lit Jungle. 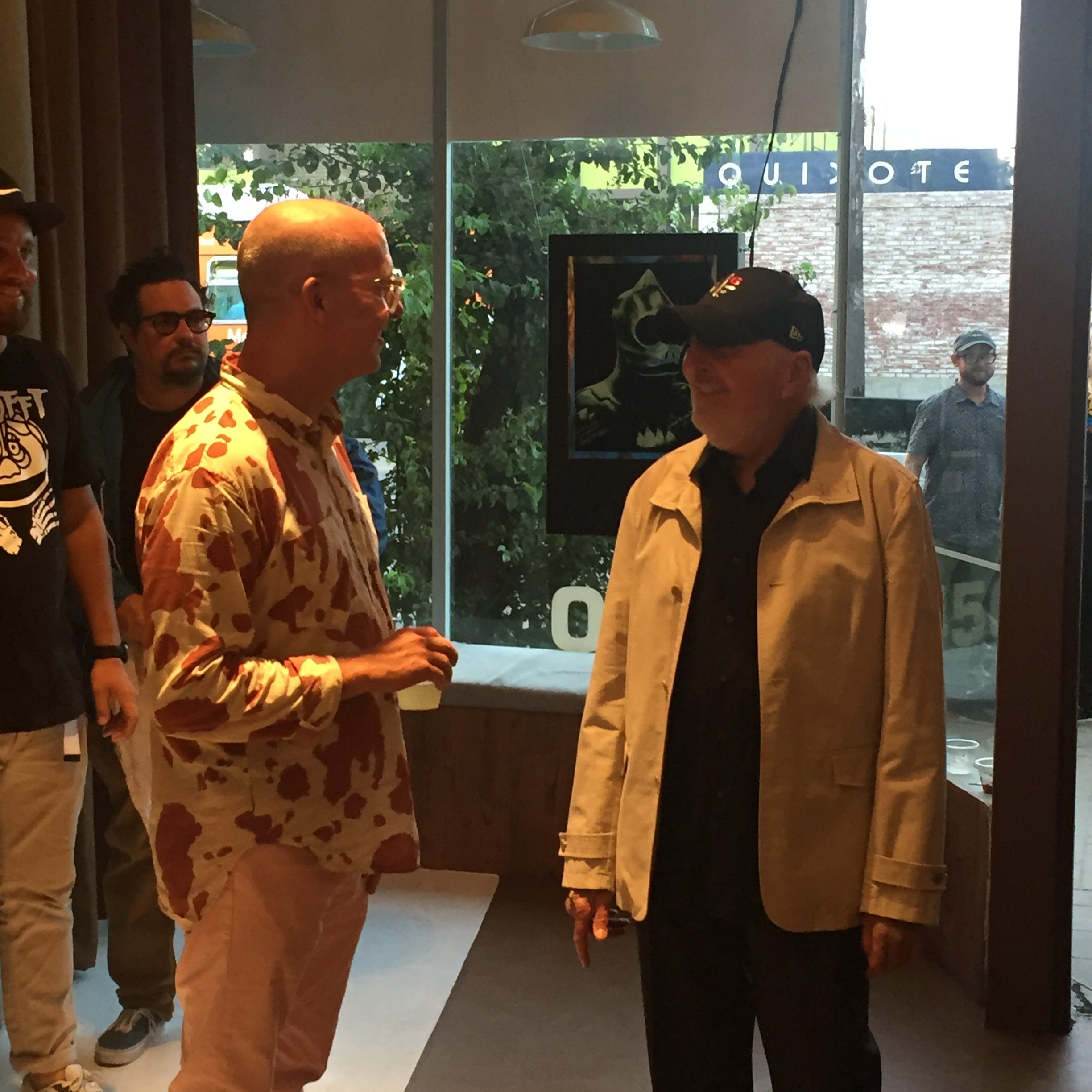 *Many thanks to Ron Clark for the excellent review and photos of this nostalgia exhibition!